Why didn't Chase Headley get a second place vote, or even a third place nod?

Hey, you let baseball writers vote on something and you get what you get. Generally, they get it right, but they get it wrong as well. Buster Posey won the Most Valuable Player Award in the National League, that much was expected. But Padres third baseman Chase Headley? He didn't even get a second-place vote, and not even a third-place vote.

This is why I'll never join the Baseball Writers Association of America. It's because they suck, and I mean that pointedly.

Don't get me wrong. I love former U-T sportswriter Tim Sullivan and current U-T blogger Tom Krasovic, but really guys? Chase was no better than fourth place? Hey, you two voted, right? What in the hell?

The thing is, I would have voted Chase for second place, Posney deserved first. But Chase for sure was the second most valuable player in the National League this 2012 season. Without a doubt. The Padres would have been a lot worse off without him.

Listen, and I mean that intimately, just listen. At the beginning of the season, it wasn't Chase Headley that wanted to put the club on his shoulders. It was Nick Hundley. And, I'll admit this right here, that if I still played the game, I would want Nick on my team.

Nick Hundley is the guy I want carrying the team on his back if he could. But Nick, like Ayn Rand's Atlas, well, he shrugged. It happens. Hell, it happens to a lot of good players.

But Chase, hey, this guy got very busy. You hit 31 home runs then you're allowed to strike out over 150 times. And for those of you wondering if Chase used, put it away. We're the same height, I would know. Just like with Yasmani, we're the same height and I wasn't surprised there, but Chase, hell, he just raked, he's built a bit more wide that way.

I saw it all, I'd stake my valued eyesight on this.

This is what happens. 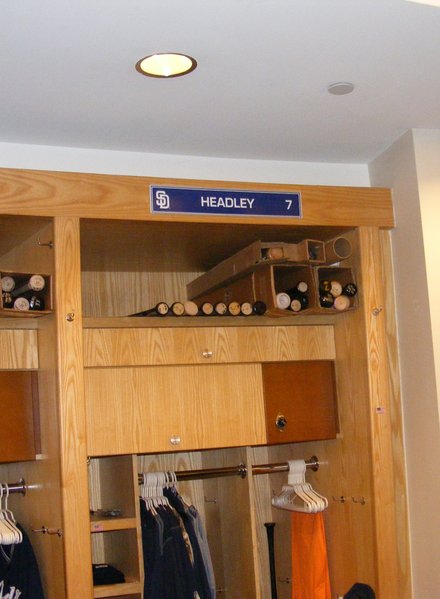