Ed discovers a primo birrieria, and he hasn't even crossed the border

We're in the Deep South of Chula Vista, near Palomar. Just walked the dusty sidewalk-free sidewalk of Industrial Boulevard, looking for La Taquiza, cute little place I'd spotted from the trolley, but whack! Closed. Guy in Lucy's Liquor Store next door says they're hardly ever there.

"But there's a place across the tracks," he says.

So, sigh, half-mile walk up Anita Street I come to Broadway, a pawn shop, and right next door, this kinda nice courtyard of a place called Plaza's (1550 Broadway Avenue, Suite A). Looks like it's been here awhile. Lot of people coming in and out. Good sign. 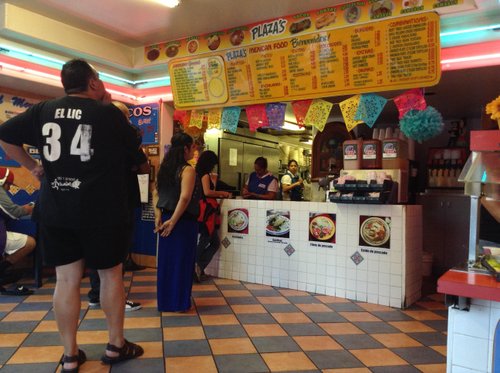 Inside's full of arches, pink and blue neon, blue and salmon floor tiles, and a white-tile counter. Four cooks working away right behind. 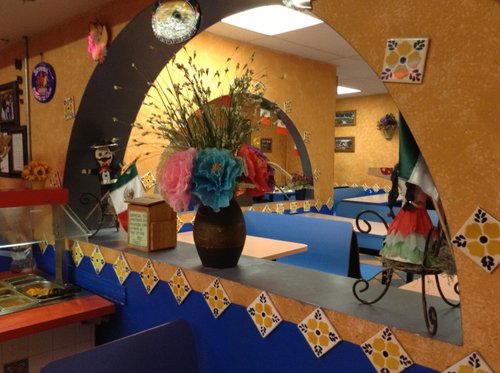 Sign that catches my eye is the one that says "Delicioso Caldo de Birria."

So have to ask the gal in the blue smock, Mayra. "Is it goat?"

I know what she's talking about. The gameyness. Actually I like it. But what the heck. I get the beef birria anyways. Pay $8.90 ($6.99 for the birria, $1.25 for a horchata, 66 cents tax). Sit down in a blue Formica seat at a salmon-colored Formica table, and listen to Pepe Aguilar singing "Una Mujer Como Tu." 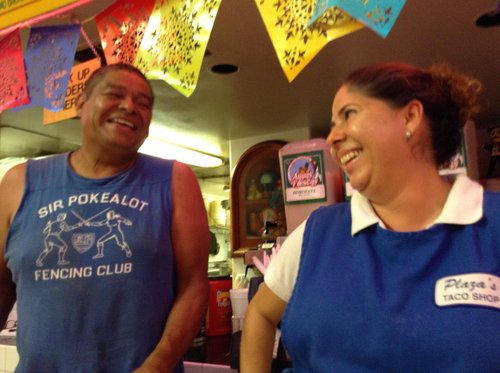 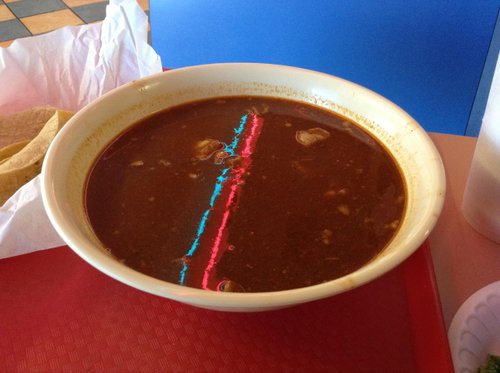 "Most people get onions, cilantro and lime to add to it," she says when I ask. So I haul to the little spice station... 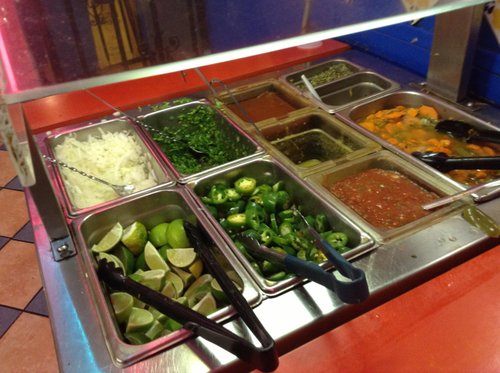 ...add exactly those, sit down, unroll the boiling-hot corn tortillas, dip, and add most of the chili pot on the tray. 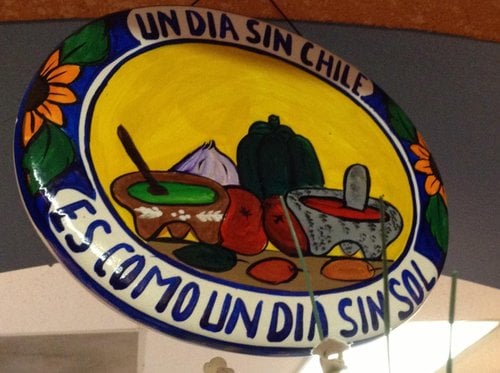 It is totally hot and tasty. Cilantro and lemon are the most important adds.

Mayra comes by. They've been going here 19 years, she says. "Lots of regulars. We know them all."

By the time I've finished, I am truly bursting, but still hate to end it. By now - seven o'clock with the sky going purple outside - the place is filling up with mostly men in their way home from work, picking up dinner, but also families coming in to eat together. Lots of end of day talk, belly laffs. 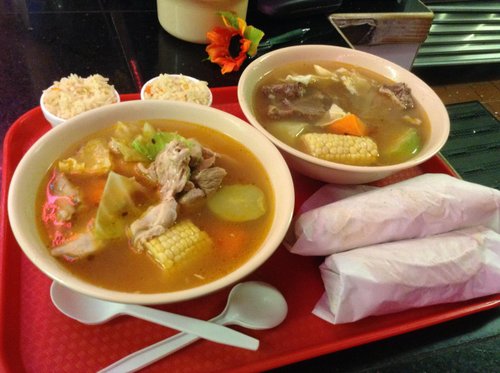 Mayra's voice echoes out into the Chula Vista night, as I head out. On the way back, across the trolley tracks, I ask a guy standing outside La Taquiza (next to Lucy's Liquor, 1576 Industrial Boulevard, Chula Vista) if they're ever open. 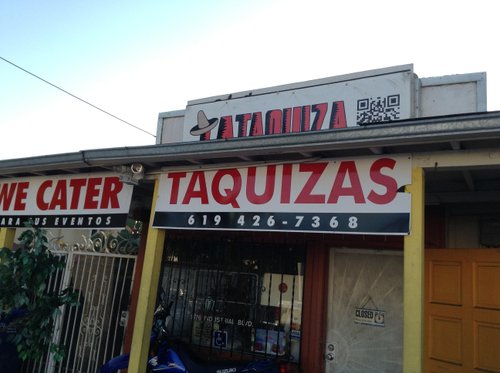 "Oh yes," he says. "But their main business is catering. When they're here, preparing for an event, you can always ask for a taco, and they'll sell you one if they have time. But I tell you, It's worth it. They're very good."