Secret restaurant in the back of a North Park market has good food, dingy vibe.

For the second phase of my comprehensive Ethiopian excursion, I called upon a friend who claims expertise in these matters. She swore up and down that Awash Market (2884 El Cajon Boulevard, 619-282-8280) was the place to go. 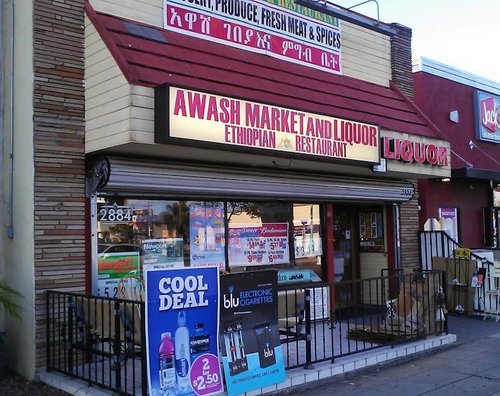 I see now what she meant! The first layer of Awash is a market, clearly catering to the local Ethiopian community, which is sizeable enough to support a series of small stores and restaurants all over uptown. Baked and bagged injera lay on a rolling rack, available for customers to bring home.

I made my way past coolers filled with Gatorade and Ethiopian beer. There was a deli case loaded with pint-sized containers of sauce and clarified butter. On a rack, all the spices necessary to prepare the stews and braises of Ethiopian food. Finally, storage for bag upon bag of flour, stacked haphazardly in the corner. 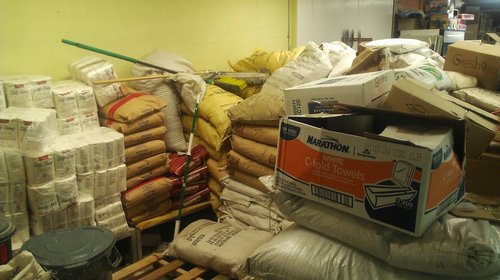 Only after navigating the depths of the store did I get into the “restaurant.” It was little more than an undecorated room with a handful of tables and a television broadcasting Mexican Sportscenter. A few little fruit flies buzzed about. 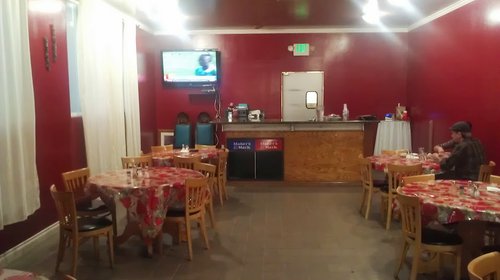 It made Red Sea look like the Ritz Carlton.

But then there was the food. I lucked out and my friend, as I was about four minutes late, had a plate of vegetable wot (stews) and plenty of injera waiting for me. There was some atakilt (stewed cabbage and carrots) on the plate as well and plenty of mitmita (a spice mix of chillis, cardamom, and salt) to sprinkle on everything.

The food outpaced the decor. At least level 7, maybe higher! The injera was deliciously fluffy and the stewed vegetables had all been deeply spiced and cooked until the flavors harmonized properly. The restaurant even brews their own tej, a deceptively sweet honey wine of indeterminate alcohol content.

For a bottle of tej and a huge plate of food, I paid about $18, which fed two people well. That’s cheap. It was a little confusing, since the woman who was serving tables was only partially available (I honestly don’t know where she went most of the time). Also, you don’t get a check at Awash. You go up to the convenience store and pay there. If you want to leave a tip, they give you some cash back from your credit card and you can run back to the restau and leave it on the table. That’s some serious “ain’t nobody got time for that!” territory, but that’s part of Awash’s charm. If you want to see the meaning of “hole-in-the-wall,” look no further.

This is the only place in San Diego where I trust getting Tire Siga and Kitfo.