Many in the craft beer know are on to the fact that Italy is gaining a great deal of notoriety for its burgeoning beer scene. Microbreweries dot the Mediterranean country like raindrops on a suede boot. Major publications are reporting on what has fast become one of the world’s most rapidly growing craft beer nations. Yet, despite this brewing boom, Italian beers can be hard to come by and pricey once you find them. So, the chance to try six at one time at Cucina Urbana (505 Laurel Street, Banker’s Hill) was quite welcomed. The following are my (surprisingly legible) notes on each.

Birrificio Bruton Bruton di Bruton: At first, I was a bit underwhelmed by this delicate Tuscan blonde ale. It seemed diminutive and, though the fruitiness of the Belgian yeast was easy to pick up, it registered a bit dull on my palate. Fortunately, I brought along a craft beer veteran and avid homebrewer who picked up on light honey notes and a citrus character akin to lemongrass or lemon basil. It wasn’t until after I’d tried three or four of the beers on the evening’s docket that I was able to look back and appreciate the subtlety of this beer and the fact it was one of the more finely crafted of the bunch.

Birra Amiata Contessa: A Tuscan IPA made with chestnut flour, this was one the most intriguing beer of the evening. Low in bitterness, it in no way tastes like the India pale ales we San Diegans are used to. It barely even tastes like an IPA a Brit used to low-alcohol and lower hop, Old World takes on the style would recognize. Instead, this medium-bodied brew delivers vegetal hop flavor, light caramel notes and nuances of nutmeg. The fact that it’s different is what makes it interesting. All too often, I think people taste beers from different nations and judge them against U.S. brews or those from the countries in which the style they’re sampling originated. To an extent, that really isn’t fair. This beer, while not my favorite, certainly wasn’t without its charm. In my opinion, Contessa is a good beer to have with food, as it has plenty of potential for syncing with seasonings.

Birrificio le Baladin Super: This beer, a Belgian strong ale billed on Cucina Urbana’s menu as a tripel (though it was mistakenly explained as a triple IPA at the tasting) is a product of Piedmont. Much lower in alcohol than most beers labeled as “strong” in the States at just 7%, it was, for me, without any charm. Cloyingly sweet with zero hops to balance things out, it tasted like somebody emptied a bag of Brach’s caramel candies into a stockpot of boiling water, strained out the thinned out, hazelnut-colored broth and stuck it in a bottle inappropriately labeled “super.”

Birrificio Bruton Stoner: Another relatively low ABV Belgian-style strong ale (7.5%), this Tuscan take on the medium was also rather sweet, but more semisweet than tongue-depressing. All in all, I found the flavors to be unrefined. The only thing that really stuck out to me was a plastic-y taste in the finish. My beer bud also thought it was quite sweet and detected strong notes of coriander. His assessment of Stoner was kinder than mine: “It’s not terribly disappointing.”

Birrificio le Baladin Nora: Believe it or not, this isn’t the first myrrh-infused beer I’ve had in my day. “Egyptian-inspired,” this spiced beer from Piedmont made me forget all about its sugary cousin, Super, thanks to ginger and dusty black pepper character that leveled out the soft sweetness of the beer. Citrus is in there as well, but contributes to the overall flavor of the brew instead of popping out as a sure-thing against a thin, bland liquid canvass. The beverage advisors at Cucina Urbana spoke of this beverage’s pairability with charcuterie. I tested that theory and am happy to report how spot-on it is.

Bruton 10: Though it registers at a whopping 10% ABV, this Tuscan barleywine is deceptively easy-drinking and absolutely packed with flavor. Here’s the funny part. Far too often, barleywines are abundantly sweet and heavy on the palate—like the Super and Stoner—but this beer (produced by the same company as Stoner) is rather light on the palate and dry in its finish, especially for the style. It tastes like a cross between an English barleywine and a Belgian quadrupel, bringing on flavors of prunes, rye bread, cocoa, and mace. It’s a tasty cornucopia that easily won the best beer of the night contest on my scoresheet. 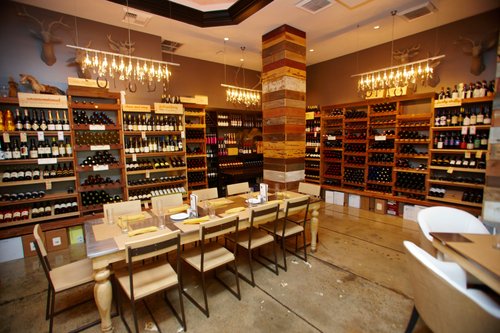 Over the weekend, I wrote up a sampling of Japanese craft beers enjoyed at downtown’s Ogawashi, knowing that last night, I would be presented this opportunity to taste these half-a-dozen Italian craft beers, giving me the chance to explore two relatively unexamined but rising foreign suds scenes over as many days. What I didn’t know was that, in addition to those beers, there would be a kingly spread of items off their menu their food-and-beverage crew felt paired nicely with them. It was a nice and intelligently executed surprise. 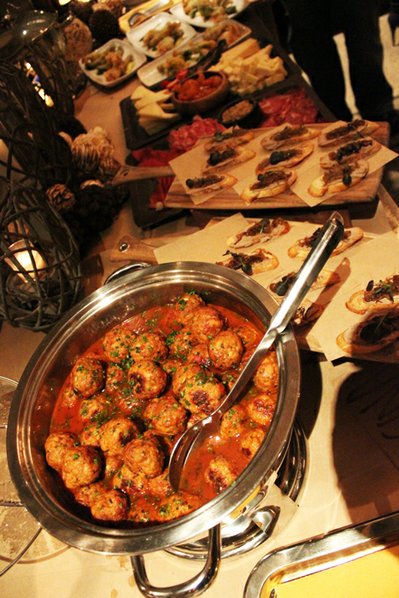 Particularly well matched was the Contessa with rabbit meatballs. A fattier protein would have muted the light flavors of the chestnut IPA, but the seasonings on the food component came through against the lean meat and played well with the beer. As noted, the charcuterie and the Nora were great, as were fried zucchini blossoms stuffed with herbed ricotta and served with lemon aioli. The latter helped to coax the subtle flavors of the Bruton di Bruton.

Right now, the six aforementioned brews, plus an Oro di Milano amber ale comprise the Italian craft beer program at Cucina Urbana. Beverage director Samantha Gabryelski plans to nearly double the list to 12 beers and carry that over to Cucina Enoteca at the Irvine Spectrum Center as well as the upcoming Flower Hill Promenade offshoot, Cucina Enoteca Del Mar. Additionally, beer pairing events and classes that mirror the restaurant’s winemaker series, are planned for the near future.