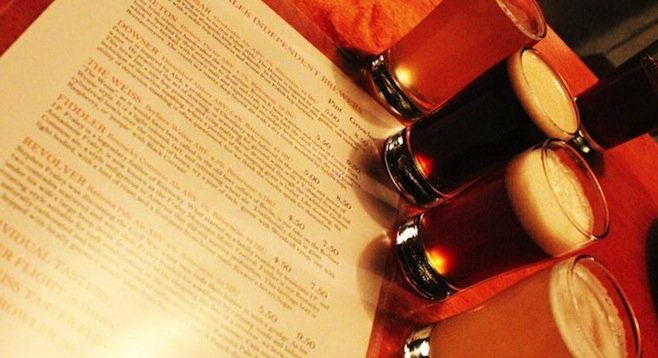 Sights and details from the debut of Ramona's first craft brewery

The first time I wrote about ChuckAlek Independent Brewers (2330 Main Street, Suite C, Ramona), the only thing I had to show you all was a sleek black-and-scarlet logo; a crest displaying a cardinal and a poppy. Those carefully selected symbols—the state bird of Ohio and flora considered the unofficial flower of Poland—speak to the heritage of the company’s founders, Grant Fraley and Marta Jankowska. But there’s more to this nanobrewery than this symbol and now I can show it to you while sharing more details. 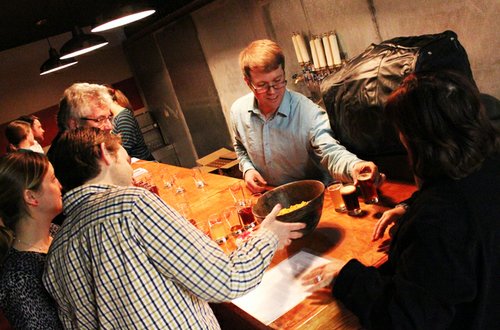 Last weekend, after months of preparation, ChuckAlek officially opened to the public in their strip mall space directly left of Bisher’s Quality Meats. That’s some prime real estate that should ensure them some overflow business from curious meat seekers looking for liquid pairables for their carnivore fare. It would seem an ideal way for Ramona residents to happen upon their community’s first brewery; a simple place that has a lot of growing and polishing ahead of it, but for now, is plenty charming. 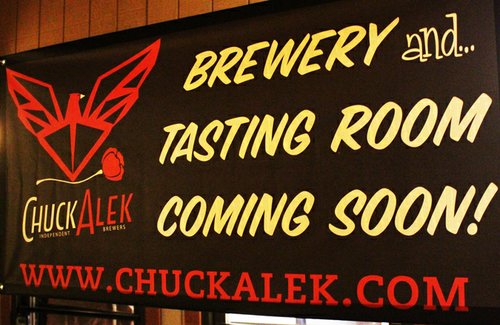 Jankowska notes that Fraley, who is handling all of the brewing, is obsessive by nature, the type of guy who, once he gets into something, digs deep into the crevices of his subject of interest to find as many obscure nuggets as possible. In terms of brewing, this has translated into him discovering numerous rare Old World European beer styles, which he has dusted off and is now serving at ChuckAlek.

Among them are a Kentucky Common and a Grodziskie. But not everything at ChuckAlek is a historical oddity. A Cascade-hopped cask pale ale called Revolver delivers a subtle burst of hops up front, offering an almost orangey roundness as it sits (I’d be intrigued to taste a kegged version). An altbier called Dowser and Breton, a coffee-ish porter that’s low on roast and made slightly dry in the finish with the addition of Brettanomyces (letting this one age awhile would probably get this beer just where it’s intended to be on the dryness scale) are also available.

My personal favorite is The Weiss, a Berliner weiss displaying stylistic lactic tang plus a funk that’s more akin to Belgian sour ales. The latter makes this otherwise unassuming brew (with a light 4.5% ABV and just six bittering units to its name) interesting and fun on the palate. On request, it’s served in the traditional German style, with a pour of raspberry syrup. ChuckAlek will also add in black currant syrup or Woodruff syrup (think herbal elixir, like Jägermeister, but more savory and, of course, non-alcoholic) if a customer prefers. 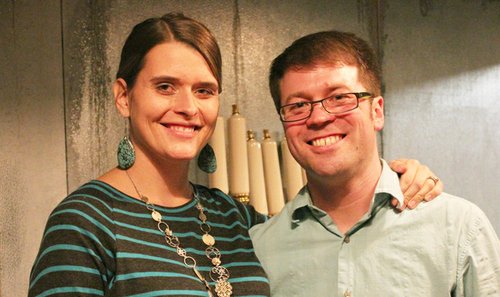 ChuckAlek Independent Brewers owners Marta Jankowska and Grant Fraley during their first night behind the bar.

Golden Hill residents, Fraley and Jankowska originally planned to open their business in the East Village, but sky-high rents sent them searching for alternative sites. The first time their property guy drove them out to Ramona, it felt surprisingly right. They’ve since fallen in love with the community and are excited to bring hand-crafted suds to its citizens while expanding the reach of craft beer in San Diego County.