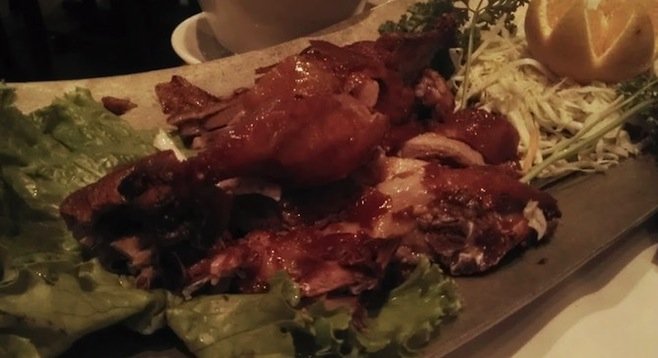 Vietnamese restaurant in Hillcrest is a textbook example of classy, effective design.

The ideas behind designing a proper dinging room often elude restaurateurs. Part of this is because the trend right now is to create big, open spaces that are more like lofts or barns than restaurants. But hanging an Edison bulb from an exposed beam doesn’t actually create automatic ambiance, despite what the majority of local designers seem to think!

For a fine example of a beautiful dining room, look at Saigon on 5th (3900 Fifth Avenue, 619-220-8828). The Vietnamese restaurant is a veritable praise magnet, here at the Reader and elsewhere, but that’s mostly for its food. Granted, the cuisine there is commendable. The banana flower salad--piquant, crispy, and laden with baby clams--flat out rocks. The kitchen roasts a mean duck as well, served with yellow curry and all the rice in the world. The cooking is a little toned down across the board to make it more accessible, but the net effect of that is actually positive. It doesn’t come across as half-baked Vietnamese at all, which is an easy pit to fall into.

But, back to the dining area. Saigon’s interior space has some beautiful qualities. The division into multiple, smaller areas, for one, makes the restaurant feel more like a series of small rooms than one, huge space. Not only does this create a greater sense of privacy for diners, it gives the dining room a greater variety of character. Lots of great restaurants employ similar tactics, but it’s important to see that this design element isn’t reserved solely for luxurious establishments. 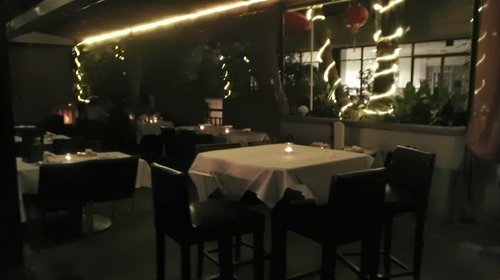 Lighting is another issue where Saigon, if you’ll pardon the pun, shines. The dining room is dimly lighted, with levels low enough that cell-phone photography becomes difficult for the average Instagram-happy hipster. Thankfully, the light is white. Orange and yellow lights have become commonplace because they are perceived as having “soft” qualities, but the effect is more like light pollution. In low light conditions, the human eye is more sensitive to blue and white light (something called the Purkinje effect) Low intensity orange lighting, like what’s popular in restaurants, dulls colors. Emphasizing the blue shift is not only more comfortable on the eyes, it makes things seem clearer, even when the lights are turned down low to set the mood. 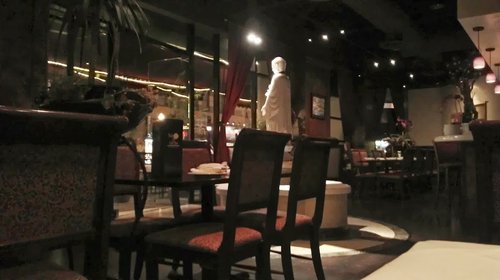 Despite the low light, details stand out in clear contrast inside Saigon on Fifth. It's dark and moody without being a cave.

The fact that Saigon goes the extra mile, with nice table settings and super-pro service is just the icing on the cake. All those little details pile on top of the restaurant’s basic structure. Just like a house, starting with a solid foundation is important, because anything laid on top of a weak base would be compromised.

There’s some validity to the objection that some of the stylistic cues used by Saigon, and restaurants like it, are terribly old school and indicative of a snooty Frenchness that modern restaurants are loathe to embrace for fear of seeming antiquated. At the same time, there’s no denying that Saigon feels nice inside; that it has a certain polish, even a touch of extravagance, that’s too often missing in new restaurants. Restaurateurs these days would do well to pay attention to some of those details. Their incorporation in the next wave of restaurants to spring up in San Diego could legitimize a culture that’s become pretentious over its own unpretentiousness.