This week, I reviewed a burgeoning craft beer bar in the arts and culture alleyway of Pasaje Rodriguez in Tijuana.

Mamut Brewery Co. is more than just an inspired brewery slinging bottles of unpasteurized, top quality beer for about a buck seventy-five a pop (the price went up to 20 pesos since the previous story went to press), it's also a social hub for the artistic and musical minds of Tijuana.

On Saturday, August 17, Mamut celebrates their official grand opening with a show from Tijuana jazz cumbia duo Sonidero Travesura (the dudes previously behind krautrock/experimental outfit Casa Wagner) and the debut of a beer named after their latest album, El Tigre Digital.

Rumor has it the beer will be spiced with a splash of smokey liquor from Hermosillo called bacanora, which tastes like the smoothest, purest mezcal you've ever had. 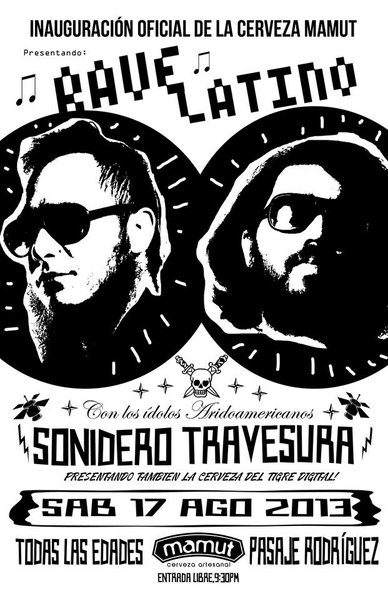