A recent trip to Hawaii afforded me everything I’d traveled to the islands in search of—cool breezes, peace, tranquility, an abundance of pork. Check that. I got almost everything I wanted. Being that I visited the Big Island, I missed out on the opportunity to visit with Kim Lutz, the talented lead brewer in charge of Maui Brewing Company’s brewpub on its namesake island.

The first time I met Lutz was when she was working up a collaboration beer with local brewer Yiga Miyashiro at Pizza Port’s Ocean Beach brewhouse. As the base for their Return of the Mac coffee and macadamia nut brown ale boiled away, we got better acquainted over a beer, and I learned that she actually hails from California, went to Cal Poly SLO, and got her start in adult beverages via the wine industry as an enologist for J. Lohr Winery in Paso Robles before setting sail for Maui, where she’s worked for the past five years. Knowledgeable, kind, and easygoing the way, perhaps, only a combo-Californian and Hawaiian could be, she was easy to appreciate. And I was an even bigger fan weeks later after sampling that collaboration beer.

Lutz has since made several trips to San Diego, the most recent of which came two weeks ago. I caught wind she was in town through some of my brewing industry connections, who also shared with me that she was interviewing with several local brewing companies. Kim Lutz moving to San Diego to brew—suddenly that missed opportunity in Hawaii didn’t seem like such a big deal. This was an exciting turn of events.

Many of the breweries that are slated to open within the next year are headed by brewers with no professional experience and, in many cases, minimal homebrewing experience, making the addition of someone known throughout the craft brewing industry as a quality brewer significant. There is absolutely nothing wrong with homebrewers making the jump to the big leagues, but like any regional industry built around products that are interesting for their unique variables, the local craft beer scene needs to be evened out or shaken up in order to continue to provide a plethora of interesting experiences for consumers. Lutz’s insertion would help to accomplish that.

I immediately switched into reporter mode, reaching out to Lutz and some of our shared connections. It took some time for things to develop, but yesterday Lutz shared with me that she has accepted an offer to brew for Saint Archer Brewing Company. Billed as a California craft brewery, the company will be based in Mira Mesa, not far from Green Flash Brewing Company. It is owned primarily by professional skaters and surfers. The addition of Lutz is enough to jettison them to the forefront of San Diego’s work-in-progress brewery sect, but wait…there’s more. 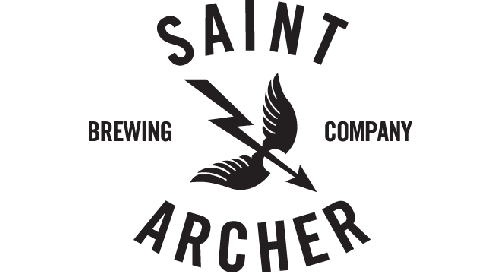 While she will no doubt play a huge role in the direction of the brewery, its operations, and the beers produced, she will not be the brewmaster. That position is being filled by Ray Astamendi, who comes to San Diego from Left Coast Brewing Company in San Clemente. That company is best known locally as the company that produces beers for Oggi’s Pizza and Brewing. Astamendi has been there for several years. Before that, he brewed with Lutz in Maui for several months. This figures to be quite the reunion.

There is no set plan for the types of beers they will produce at this time, but the goal will be to merge their brewing styles. The duo plan to begin brewing at the end of the year.