It was a classic case of while I’m in the neighborhood. I was headed to Riverside County to visit family, so why not check out local breweries I’d been meaning to get out to? And since one of those breweries was up in Moreno Valley, why not check out one another several miles north?

That brewery, Riverside’s Inland Empire Brewing Company (1710 Palmyrita Avenue, Suite 11), was largely a mystery to me. Before venturing to their industrial park suite, my only frame of reference was a beer of theirs I’d had at a North Park bar. A pale ale, it was stylistically sound, but nothing to write home about (the new “great” in the rapidly expanding, but not necessarily elevating craft brewing industry). 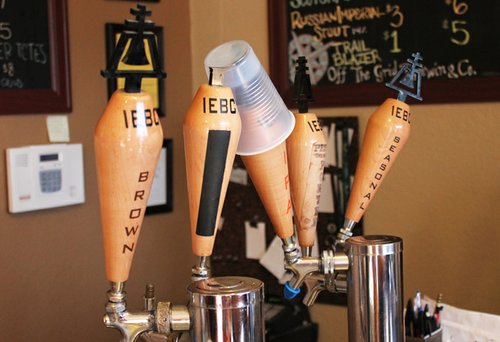 Research showed the business operates a seven-barrel system and has been in operation for three-and-a-half years, but such facts are sterile and hardly inspiring on their own. So, I was as neutral as could be going in, hardly expecting anything from the last brewhouse visit of the day. Yet, this why-not, last-minute addition yielded a few wonderfully tasty surprises.

The first was Victoria, an 11% ABV American strong ale. Anything but hard-and-fast in its definition, this New World beer style leaves a lot of leeway for brewers. For the most part, I’ve been disappointed by versions of this style, which typically use boatloads of hops to balance out the heaviness of a maxed out grain bill. The typical result—immense hop bitterness, but none of the fruit or floral notes people really crave from hops. Those characteristics are detectable in nice doses with Victoria, which came across to me as a stronger version of a British India pale ale. Another standout was Habsberg Hefeweizen, which was good enough that I brought home two 22-ounce bottles (one as a present for a friend of mine who is a big wheat beer fan). 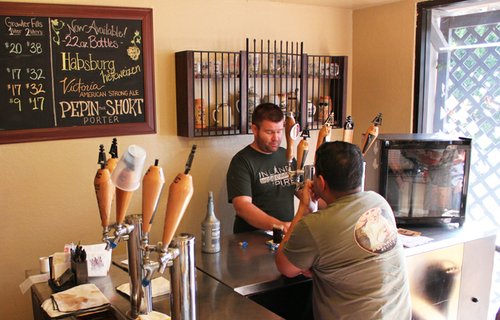 My hands-down best find of the day was a sour beer that started off light and sharp with twang. At that point, it was harder to define the exact flavor of the beer using the usual fruit comparisons so common when doing so. However, after swallowing, the ale lingered, coating the back of my throat much as highly acidic orange juice might, leaving lactic viscosity and a touch of bitterness. I enjoyed it so much that I ordered a goblet to experience that start-to-finish taste experience over and over.

On the other end, a brown ale was a bit lackluster and, oddly, more caramel in appearance than umber or beyond. There was also a Scotch ale that the guy tending bar admitted was “very smoky,” suspectedly from over-smoking by their supplier. He was right, and a warning’s good, but when a beer’s that bad, there should be no need for a warning, because a beer like that should not be available to anything other than the vermin patrolling the drainage systems beneath the brewhouse. There’s heavy peat, then there’s ashtray remains. This was the latter. 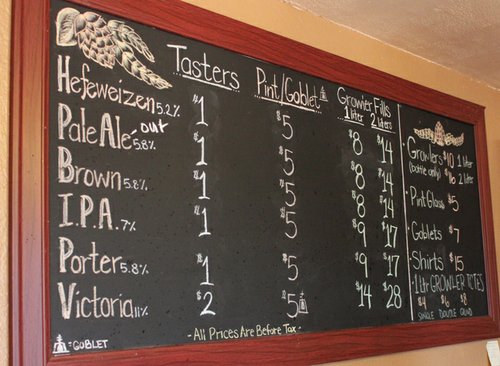 But don’t let that last one scare you away from what is a brewery with many more positives than negatives. Were it closer, I would certainly go back. I may find myself making a stop the next time I’m heading to Vegas, as a growler of that sour ale would make for a nice kick-off to a lost weekend of Sin City imbibing.