Last December, I shared news that the owner of College Area restaurant, California Kebab, was not only opening a second location in Mission Beach, but also installing brewing equipment to make it a brewpub. At the time, owner JC Hill was planning on doing all of the brewing himself. I thought this was pretty ambitious, given his brewing history at the time included just two years of home brewing experience. Still, he had a lot of passion and a logical game plan in order, so I crossed my fingers and hoped for the best for him and his upcoming Amplified Ale Works. 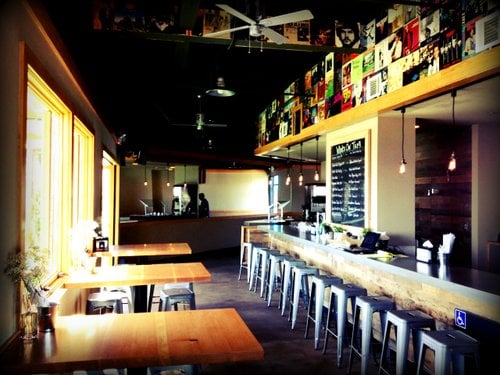 Turns out Hill had his own concerns and thought he could benefit from bringing in someone with a little more experience. Last month, he hired Cy Henley, who he met through a friend of his who works at Ocean Beach's Raglan Public House. Henley spent the past two years brewing at Alpine Beer Co.. Before that, he spent four years working at Linda Vista's Home Brew Mart and assisting during brew sessions with the company that owns and operates that home brewing supply store, Ballast Point Brewing & Spirits. 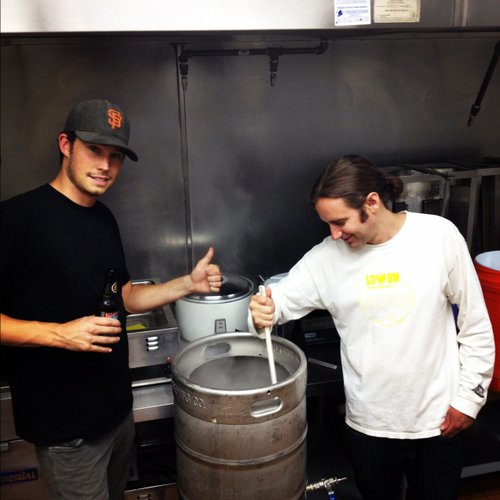 Hill and Henley share affection for hoppy beers and are working on several different recipes for IPAs, while also brewing up pilot batches of brown ales, Belgian ales, and other beer styles. Right now, they're still getting their system installed, but California Kebab and Beer Garden held their official grand opening last Saturday and are open for business. They will likely begin serving their Amplified Ale Works beers in late June, just in time for beachfront summer suds sessions. California Kebab and Beer Garden is located at 4150 Mission Blvd, #208.