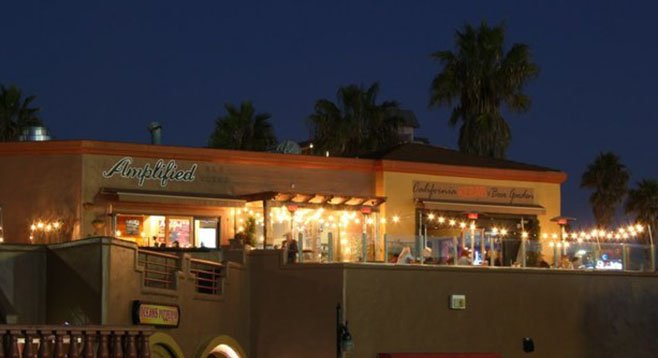 A tale of two brewpubs

This is a tale of two brewpubs…neither of which exist. This is nothing new for me, writing about businesses that aren’t yet tangible. In fact, reporting on the not-yet-realized dreams of hopeful brewers is pretty much my bailiwick. Good thing, considering I live and work in San Diego County, where there haven’t been less than 30 work-in-progress brewing company projects at any one time in over three years.

Chapter one of this story finds us in Vista, at a former large-scale gym property that is being converted into a rather ambitious brewpub project called Urge: Craft Alley. That operation will include a 15-barrel brewhouse manned (at first, at least) by former Port Brewing Company / The Lost Abbey head brewer Mike Rodriguez, a full restaurant, and a bottle shop. So why the name “Craft Alley?” Well, the main draw of the project was that it would include a multi-lane bowling alley; a first for any brewery operation in the county. However, it now appears that will not be feasible. But beer fans who enjoy a bit of friendly competition in tandem with their imbibing need not worry. Word has it the space that would have been occupied by the bowling lanes will now be used for bocce ball courts. Having seen how much brewpub patrons enjoy the bocce options at Stone Brewing World Bistro & Gardens – Liberty Station (the only other brewpub to offer this game) this seems like a quality alternative — a solid spare, if you will.

Part two focuses on a brewpub that will exist thanks to the success of another brewpub — California Kebab, the Pacific Beach business that brews and sells the beers of Amplified Ale Works. Since opening in 2012, Amplified, manned by brewmaster Cy Henley, has become the darling of the local beer intelligentsia. So much so, the name of the business will soon be changed to Amplified Ale Works. By the time that happens, owner J.C. Hill will likely be living in Monterey, California where he and his father are working to open another brewpub called Alvarado Street Brewery & Grill. This time, Hill will be doing the brewing (before landing Henley, he was actually set to handle all of the brewing at Amplified) on a 10-barrel system from another local darling, Premier Stainless. Meanwhile, back at Amplified, new serving tanks and an extra fermenter tank were recently installed, which means more beer at a place where the hardest thing so far has been keeping house beers in the house.