Fourth of July: Caesar Would Have Turned In His Grave?

Fourth of July is also the anniversary of the Caesar Salad.

Caesar Cardini had a rush on his restaurant in Tijuana. People had come down from LA and San Diego to escape Prohibition and be able to celebrate with a few brewskis.

Caesar ran out of just about everything. His daughter Rosa (she died only nine years ago), said that her dad invented the dish on this day when the rush of customers reduced his kitchen supplies to almost zero. He just grabbed whole romaine lettuce leaves, olive oil, lemon juice, croutons, a coddled egg, Worcestershire sauce, and black pepper.

And he kinda made a virtue of necessity by making a big play of tossing and serving the salad tableside.

But how would he react if he saw how his salad had evolved – 88 years later - to this? 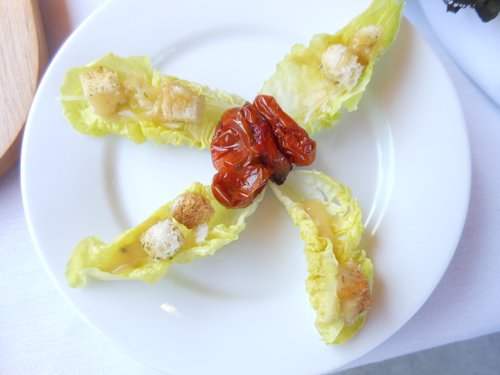 This is a Caesar’s Salad?

“This is my Caesar Salad,” says José Figueroa. 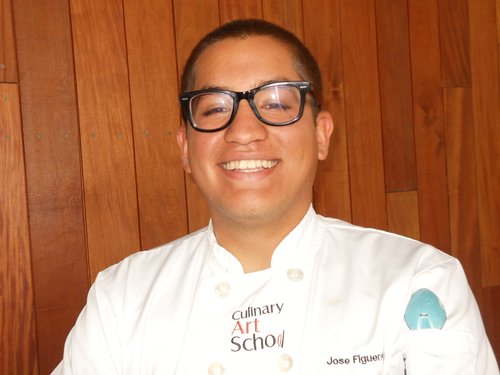 I meet him at a visitors’ day at the Culinary Art School in Tijuana where he has been studying. 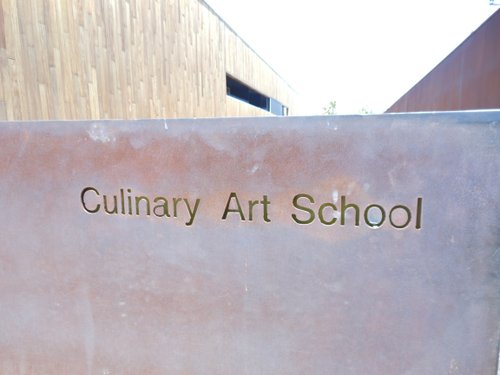 "This is my tribute to Caesar Cardini, the great gastronomic inventor. He took liberties with whatever materials he had and created a masterpiece back then. Now I am doing a little bit the same today.” 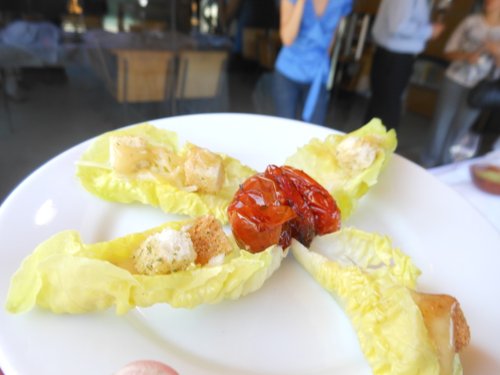 Would Caesar go along? Or would he rise up in his grave and utter "Et tu, José?"

The long crossing delays at the border are effecting a cultural renaissance in Tijuana, notably in the culinary arts. Congrats to the TJ culinary art school! You can now eat better in TJ than in San Diego, and cheaper too. And this improvement isn't limited to just tacos and street food.

So true, Cornelius. Strange how one thing affects another. But TJ has some incredible food adventures going on. One thing I really like is the interest in the real roots of growing and preparing food in Baja and the whole southwest and Central America. Not just colonial times. And street food is leading the way! Had a great experience with a guy who has given up fine dining for the street. More on this in a Tin Fork soon! Best, Ed

The precise explanation concerning the inventing of the salad is elusive and confusing. Perhaps all good stories should be that way. What I've both heard and read, was this:

In the 1920's, Tijuana was the playground of the rich and famous from Hollywood, and on the weekends (and even weekdays at times), many of them would come down to gamble (there was no Del Mar or Santa Anita back then) and drink (remember, the Volstead act was passed in 1919 and prohibition wasn't lifted until 1933) and generally do stuff that wasn't legal in the U.S. at the time. So, at some point there was an actress (I'll do some research and see if I can find her name later) who always enjoyed going back into the kitchens of wherever she and her posse ate. So, one time she went back into the kitchen of the Hotel Cesar and found one of the cooks eating something on his break. The cook had simply combined some of the leftovers into some sort of a salad. She, ever-so-gregariously, grabbed a fork and demanded to try some, and then proclaimed it to be wonderful and ordered it to be made for everyone in her particular party.

Now, I have no real idea as to the accuracy of this particular tale of the salad's beginnings, but it certainly does sound interesting enough, and I've seen this in multiple places so maybe there is some sort of validity to it.

The origin of the salad is not so elusive as it is partisan. Three men all claimed credit for its invention (Caesar Cardini, Alejandro Cardini, and Livio Santini) and each has his band of devout believers. The story of the anonymous actress given in the previous comment appears to be a conflation of the stories attending the creation of the taco gobernador and the Rita Hayworth margarita.

We can say a few things with a fair degree of certainty, however: the salad was not invented at Hotel Caesar, it most likely dates to 1927, and it did not involve coddled egg.

The salad became popular at Caesar's Place, the restaurant on the ground floor of the Hotel Comercial at Avenida A (now Revolución) and Calle Segunda. It is doubtful that the Cardini brothers were in business as early as 1924; in any event, the famous Hotel Caesar came about in the early 1930s as a result of the brothers' success at their original location.

The salad has been made traditionally with raw egg. Coddling became de rigueur about twenty years ago as a way of killing salmonella and other bacteria that might adhere to the outside of an egg's shell.

One has always been able to eat better and more cheaply in Tijuana than in San Diego. The present state of our gastronomy is notable for a slight drop in value, a great increase in variety, and some shamelessly hyperbolic publicity. 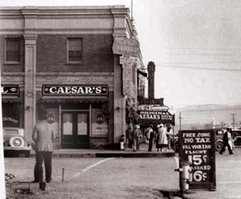