Although I have not yet finished combing my new neighborhood for sushi joints, there are those rare days when I want something besides Japanese food. Last week, I decided to take a chance on Lisa’s Filipino Cuisine, a restaurant I’d seen while running in and out of the nearby Von’s. I say “take a chance” because I had only ever eaten Filipino food at parties and potlucks; I’d never ordered it myself. And not only that, I also had my daughter in tow, and she’s not one to try new things without major bribing. I had my fingers crossed that they’d have some version of chicken and rice.

When trying something new and mostly unfamiliar, it’s helpful to be able to see the food before ordering. In such cases, I’m a fan of pictures in the menu. At Lisa’s, I got to see the food up close, through glass partitions. And Anna, the girl behind the counter, was not only happy to make her recommendations, but she also offered samples of anything I inquired about. 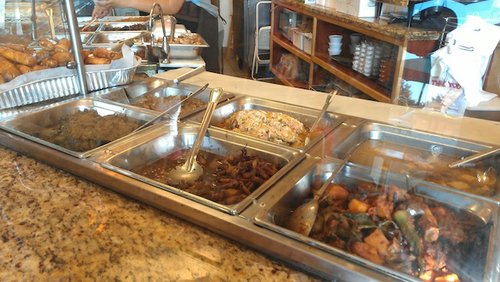 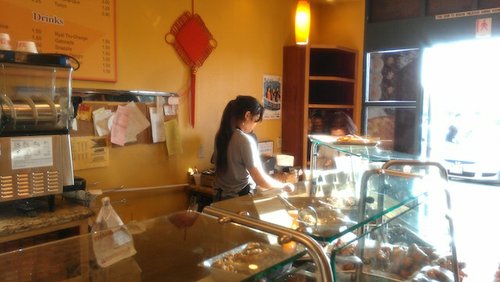 Anna doesn't tell her friends where she works because she doesn't want them coming in and asking for free food.

I could not believe the amount of food we scored for $10.10.

For $6.50, we got a two item regular combo: steamed rice, Chicken Adobo, and Menudo. For $1, we added three Lumpia Shanghai, and then for an additional 40 cents, one Turon (also known as Banana Lumpia). Then, for $1 more, a can of Young Coconut juice. 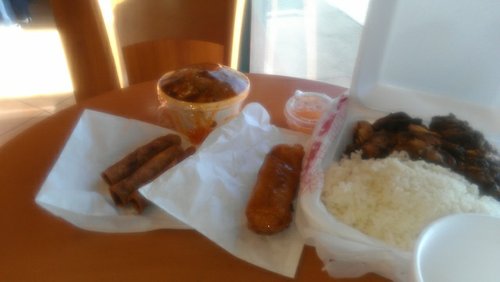 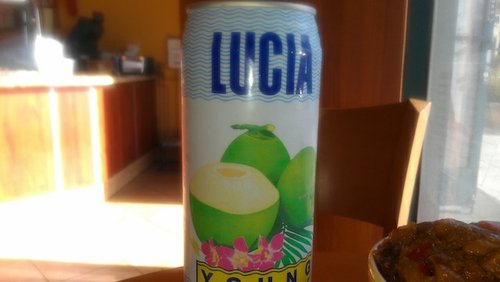 When I scooped up a plate of the rice and Chicken Adobo for my daughter, she whined at first that it wasn’t teriyaki chicken, and it took her awhile to get over the way it looked. Eventually, she did get over it, and ate quite a bit. She wouldn’t touch the Menudo.

If I had to pick a favorite of between the two dishes, it would be tough. Based on flavor alone, I’d go with the Menudo. It was warm and salty and juicy and it hit the spot in just the right way. As much as I loved it, however, I didn’t end up eating much of it because I couldn’t ignore the pools of grease it swam in. The Chicken Adobo, on the other hand, was a good, solid chicken dish that made me feel good about myself while I ate it. The bay leaf I found among the meat gave me that this-is-just-like-what-Mama-made feeling even though my mom never made Chicken Adobo.

In the end, my little one hated the coconut juice and begged for the mango juice she saw in the refrigerator. I told her she could have it only if she tried the Lumpia. (I know, it sounds backwards: “Eat the fried food and I’ll buy you a sugary drink.” But I believe that a willingness to try new things is important and sometimes worth the price of a mango juice - $1.69.) 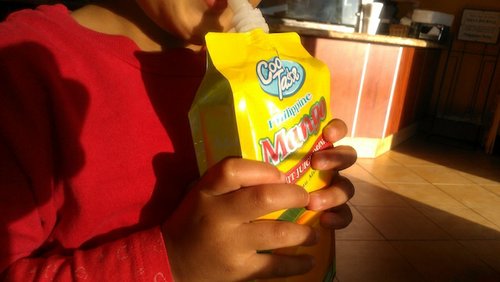 It worked. She liked the Lumpia, and I can now add it to the list of things she’ll eat.

Score one for me.