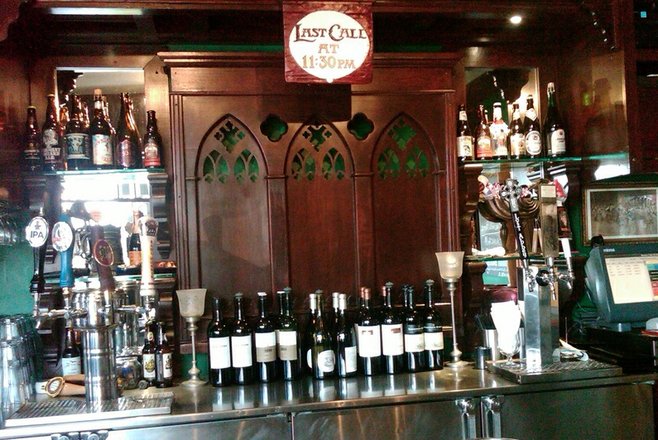 A Week of Ritualistic Celebration in North Park

Four score and seven beers ago (which translates to four years in inebriated mathematics), Ritual Tavern opened for business on the corner of 30th Street and Polk Avenue. From day one, they fit right in line with North Park's local, sustainable, craft beer-consumed dining scene.

Over the years, they've risen to the top of the heap in these categories, thanks largely to continued improvements to the restaurant, bar, and menu. Things are always in a constant state of upward flux, and that has helped to keep Ritual Tavern relevant in one of the most thriving resto-saturated areas of San Diego.

Throughout the next month, the tavern will be celebrating its fourth year in business with a full slate of rituals geared around local brews, beginning with a four-course beer pairing dinner on Thursday, September 8, featuring brews from Butcher's Brewing and dishes made from a whole boar from Da-Le Ranch in Lake Elsinore. The event will be held in the restaurant's Biergarten and presided over by Butcher's owner Rey Knight.

Two other brewers will help celebrate Ritual Tavern's milestone. Colby Chandler from Ballast Point will show up on Thursday, September 15 with an array of his creative ales, including a bourbon-barrel aged version of Piper Down Scottish Ale. Those beers will be paired with food by another brewer...homebrewer, that is: Ritual Tavern chef Brandon Brooks.

The following Thursday, September 22, brewer Bill Batten from AleSmith will close out the anniversary dinner trifecta. Seating is limited for all of the aforementioned events.