Allow me not to be the first to say, "Was Deanna Durbin still alive?"

She was a huge star in her day, Universal's answer to Shirley Temple. In 1946 Deanna Durbin was the second highest paid woman in America. Bette Davis topped the list. A year later, Durbin dethroned Davis. 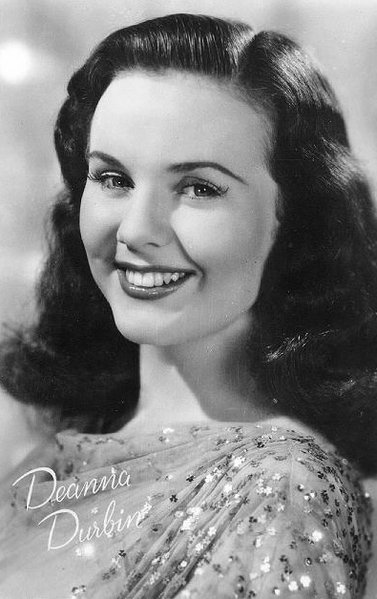 Of the 21 features Durbin appeared in, I've seen four: three of the musicals (One Hundred Men and a Girl, Mad About Music, Can't help Singing), and the one recognized masterwork in the Durbin woodpile, Robert Siodmak's Christmas Holiday. As both historian and devotee of cinema, I feel no moral obligation to take in another note.

Born in Manitoba, 'Winnipeg's Golden Girl' did have a lovely singing voice. It was how Universal put it to use that grew tiresome. Durbin's career will forever be summed up for me in the capper to Dave Kehr's capsule review of Christmas Holiday: "A must for anyone who has suffered through One Hundred Men and a Girl." 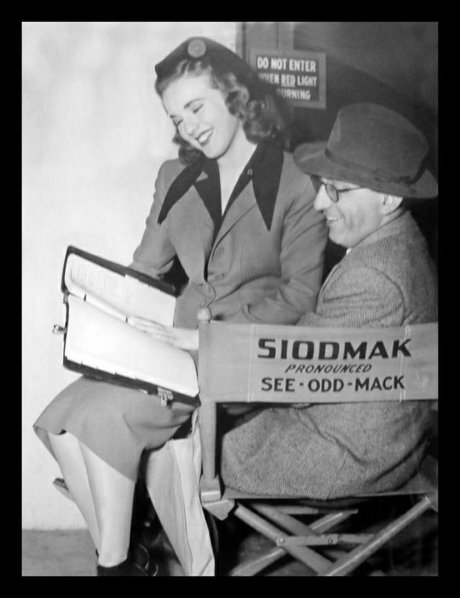 With a title like Christmas Holiday and Gene Kelly and Deanna Durbin as the stars, one would expect a gay holiday confection loaded with lively Technicolor musical numbers. Guess again. It's a dark, hard-as-nails film noir adaptation of W. Somerset Maugham's novel.

Durbin, in her first dramatic role, plays a New Orleans saloon singer who tells her life story to a lieutenant (Dean Harens), detained in Louisiana after his plane made a forced landing. Kelly plays her homicidal hubby who recently made a jail break in order spend the holidays with his bride. Even in these tawdry surroundings, Universal's songbird was obliged to croon a couple of tunes (Frank Loesser's Spring Will Be a Little Late This Year and Irving Berlin's Always).

In a transition scene made up of four miraculous cuts followed by one velvety long take, Siodmak transforms us from Beethoven to Berlin, and from the main floor of symphony hall to the cheap seats in a dance hall. For those in the mood to have there breath taken away, you'll find it here at 49:30.

Forgive the overall harsh tones in light of Ms. Durbin's passing, but she was one cupcake who Hollywood left with a bitter aftertaste. In 1948 she turned her back on the picture business, never to return. (The $200,000 she received as severance pay would amount to $2 million when adjusted for inflation.) Durbin was 28 when she retired.

Durbin refused all subsequent offers to perform. Allan Jay Lerner's invitation to play Eliza Doolitte in the original Broadway cast of My Fair Lady. Requests to perform in Vegas casinos went unanswered. She seldom spoke to the media about the studio persona she despised. Too bad there is not more of her work worth mining because I like the attitude.

As in life, Edna Mae Durbin wanted the details of her death kept private. She was 91. 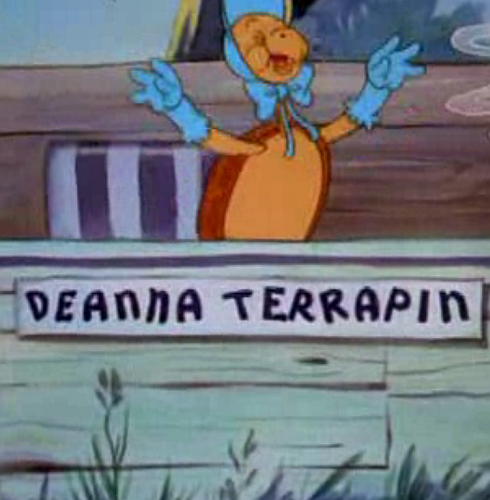 Forever immortalized in Looney Tunes as "Deanna Terrapin" in Frank Tashlin's "The Woods are Full of Cuckoos" (1937).

GREAT JUMPIN' ICEBERGS! I've been waiting for TCM to even consider showing "Christmas Holiday" to finally watch this lost gem...

Thanks to the death of DD, I finally get to see this on YouTube, courtesy of Mr. Marks and the guy who posted it online...

A silver lining if there ever was one. Rest in peace, Edna Mae.

They only show it during the holidays and every year you're in 'Nam with Hope.