Don Coscarelli first terrified audiences in 1979 with a flying sphere in Phantasm. Since then he has directed only ten films and four of them have the word “Phantasm” in their title.

It’s not all horror for the director as evidenced by his 2002 cult comedy, Bubba Ho-Tep, a film that posits Elvis and JFK as patients in the same nursing home waging battle against an Egyptian mummy.

Coscarelli’s latest satire, John Dies at the End opens this week at Landmark’s Hillcrest Cinemas. It’s a funny, extremely affectionate genre picture, a film that Matthew praised for its, "glorious ’80s vibe, involving as it does a portal to another dimension, goofy humor grafted onto crawling horror, and lovingly rendered critters that are far scarier than most CGI nasties."

Scott Marks: Mr. Coscarelli, I’ve had a score to settle with you ever since you first scared the crap out me in 1979 with that flying sphere in Phantasm.

Don Coscarelli (Laughing): It had an impact on young men, I’ll tell you.

SM: What is it about the horror/fantasy genre that first attracted you?

DC: It was the visceral thrill like we were just talking about. It was the ‘30’s monsters like Frankenstein and ‘50’s sci-fi invasion pictures...Invaders From Mars...and monsters like Godzilla. Then there was the ‘70s and Texas Chainsaw Massacre. Movies that had an impact, that got your attention.

I liked the way these stories made you think outside the box and question reality. And question your life and what’s going to be coming down the pike in the future. It’s such a wonderful field for creating imaginary work and I love watching all these other people’s films. And I’m always dismayed by the way that the horror genre can be marginalized. A lot of folks look down their nose at horror and consider it a cut above pornography. It’s weird how that works in our culture. There’s a rabid fan base out there that loves it and I’m part of it. 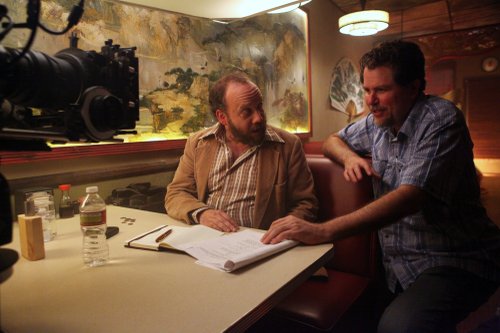 SM: Do you remember the first time a movie scared you?

DC: I think I was afraid of “Godzilla,” but not so much. I’ll tell you a movie that terrified me when I was in fifth grade. It’s a very obscure movie with Hans Conried in it. Have you ever seen The Twonky?

SM: About the evil TV set?

DC: Yes. Hans Conried was chased and terrorized by a walking television. As a kid it scared the hell out of me, but now that I’ve revisited it, the effects are pretty cheesy. As an adult (and lapsed Catholic) The Exorcist scared me big time.

SM: The Phantasm sphere is one of the great low budget effects in sci-fi history. Do you think that CGI has made it so easy for filmmakers to get the desired effects that it’s helped to rob movies of their resourcefulness and creativity?

DC: I’m not going to name names, but I’ve seen fellow filmmakers succumb to that kind of thing and I don’t know that the effect is that great. For a while there when the digital visual effects were coming on in the late ‘90’s and early 2000’s there were a lot of filmmakers in my opinion that made the mistake of having a digital creature. Then they would have to have the finale where the digital creature would show itself and fight with the character and it was not a good effect.

That is something I have always tried to avoid myself. Not everybody’s got the same budget that say (John) Carpenter did on The Thing to create a massive mockup of the Thing which was awesome. The trick it to try and use them effectively. In some sequences rubber works great and there are other scenes that you just can’t do it that way and you’ve go to turn to the digital realm. You just have to be careful not to overuse either one. And keeping them all a little dim and not too brightly lit, each can be effective.

Sometimes when you put them together -- we have that ‘meat monster’ in John Dies at the End. It was a beautiful, beautiful suit that (special make-up effects supervisor) Robert Kurtzman created for us. We just did a little digital enhancement with the trout slithered up his back and into place. I thought it added a nice touch and didn’t make it look completely like a rubber suit.

SM: John Dies at the End is based on a novel by Richard Wong. What is it about a sense-heightening drug called Soy Sauce that chooses its junkies that appealed to your sensibilities?

DC: I love the freaky concept that the drug had a mind of its own. Then the fact that it would allow you to see things without necessarily controlling them and to pierce reality by taking the pharmaceuticals. There are a lot of interesting ideas there. In some respects it harkens back to classic literature. I don’t know that this movie is that far apart from Alice in Wonderland. 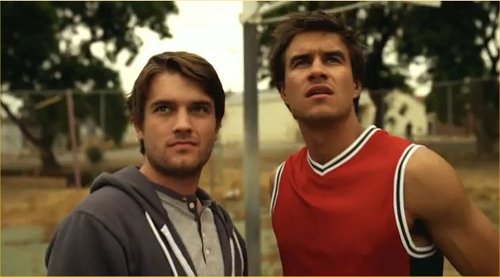 SM: Both Chase Williamson and Rob Mayes are relative newcomers to feature films. They are your Bill and Ted or Harold and Kumar. Where did you find them and what was it about the pair that told you they’d have the comic chemistry needed to pull it off?

DC: It’s a constantly evolving process. When I cast them, it was all hope, I had seen glimmers of auditions that showed me that the movie might really work. To get them to give fully featured performances that carried the whole thing...I didn’t know. It was a day by day thing. Being a director, you can’t create performances. You can certainly assist them, but those actors have to have something. Rob Mayes has this goofy sweetness about him when he delivers his lines that makes you smile and laugh at the same time. I could never as a director create that.

And Chase plays the narrator and he’s got the weight of the world on him as he’s trying to pull his friend out of this problem. The world is collapsing around him and he’s aware that he’s a very limited person in his abilities. So much of it was brought from these guys. The greatest breakthrough in the film and the greatest joy for me as a director was to have them in the film. 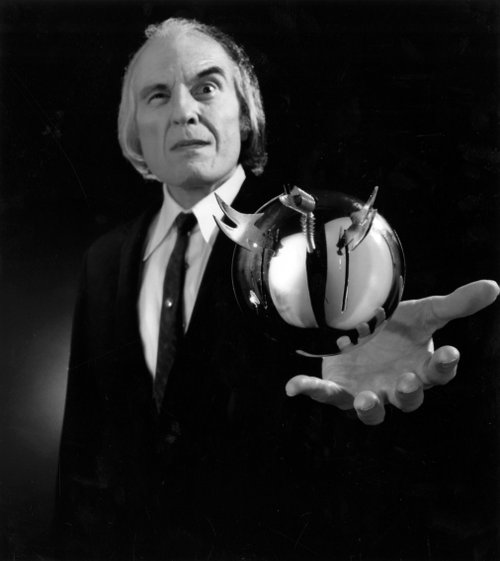 SM: You made Angus Scrimm a haunted household name when you cast him as ‘The Tall Man’ in Phantasm. Did Curtis Hanson introduce you to Angus Scrimm?

DC: Other way around. Angus introduced me to Curtis. I found Angus at a blind casting call. He walked in one day and I put him in this low budget movie that I had done before Phantasm. Angus was the first adult actor I ever worked with and I was always intimidated by him.

SM: I was going to ask, aren’t you afraid to be seen in public with this guy?

DC: In reality, Angus is a very gentle, kind, warm individual. You’d be lucky if you could meet him one day. It’s so funny now for me to go to horror conventions and see the fans whose nightmares he invaded. Now that they’re adults they come to the conventions and when they meet him, all they want to do is pinch him and hug him and take pictures with him. It’s an amazing thing to see in person.

I was so glad...you know Angus is getting a little older but he’s still in great shape and I was able to get him a role in John Dies where he plays the Priest. I thought he did a great job and it’s always great to work with him again.

SM: There’s another fresh young face in the cast who I think is going far. I interviewed Jonny Weston when he passed through town promoting Chasing Mavericks. If you introduced Angus to Curtis, did he return the favor by introducing you to Jonny?

DC: Y’know, no. I think we shot our movie before Chasing Mavaricks, so if anything he must have heard about Jonny through me.

SM: Man, I can’t give anyone else credit when I’m around your one-man band.

DC (Laughing): I’m sorry. Jonny’s a terrific young actor and I thinks he’s got a lot of talent. Unfortunately, we had shot a lot with his character. He had this one beautiful monologue sequence that I finally had to pick out of the movie. It will be on the DVD so fans can get a chance to check out what he does.

SM: You have directed only ten films since 1976 and four of them have the word “Phantasm” in their title. Two questions: why so few films and, of course, will there be a Phantasm V?

DC: Why so few films? Well, look, the movies that I make have their own passionate fan base but I don’t know that the Hollywood big shots have ever really appreciated my work. A lot of times I have to go back to guerrilla style to do movies on tight budgets and cobble the funding together. Sometimes it’s a struggle. I have to go out, hat in hand, and try to get people to fund my movies. Sometimes that can take three or four years and by the time I get going it’s been eight years since my last movie came out.

SM: Believe me, I know. Bubba Ho-Tep is a terrific time at the movies.

DC: That’s a movie I am very proud of. Working with Bruce Campbell and the great, late Ossie Davis...what a legend he was in his own time. As for a Phantasm V, interesting that you bring it up...well, my first answer is, Jeez, how many Phantasms is a guy expected to direct in one lifetime?

SM: No, the correct wording of the question is how many Phantasms can a man direct in his lifetime?

DC: There you go. I didn’t realize there was so much interest until I started doing this publicity tour. I’ve been getting a lot of people who are really after me to make another one. I sort of thought we wrapped it up in Phantasm IV, but I guess not enough for the fans. What’s really gratifying is that they really want to see the original actors back in it. I’m friends with all those guys -- Reggie Bannister, Michael Baldwin, and of course, Angus -- and they all look good.

Between you and me, after I get John Dies launched, I’ve got to go back and look into this more seriously. There’s got to be a way to pull it off somehow. I’ve become a fan of it myself, too. I like watching these guys work. I’ll take your comments to heart and see what I can get going on this.