My 10 minutes in the ring with The Champ 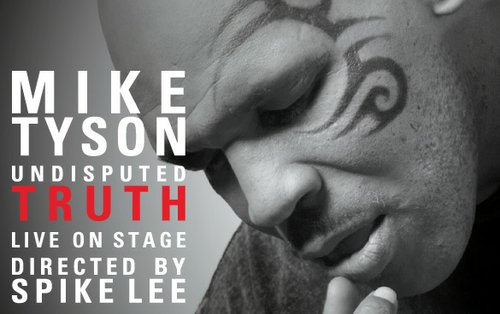 So give him a stage where this bull here can rage.

Mike Tyson is coming to town. The legendary boxer brings his one man show, Mike Tyson: Undisputed Truth, to San Diego’s Balboa Theatre for one night only on March 5.

Having never seen one of his fights, I must confess to being 100% ignorant of Mike's work inside the ring. Personally his interviews and outbursts with unsuspecting media types has always proven to be a much richer source of entertainment. It's also been fascinating to watch the Champ trod his road to redemption.

Mike Tyson: Undisputed Truth is directed by Spike Lee, so it was natural for his name to come up. The same goes for Raging Bull and Mike's mentor, Cus d'Amato. It was Mike’s favorite boxing film, coupled with his passion for and knowledge of one of its stars, that threw me into the turnbuckle.

Tickets for the 7:30pm show are still available. Click for more information. 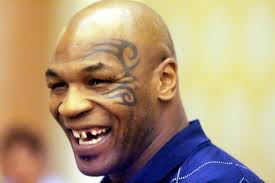 Scott Marks: There have been a lot of films about boxing. Which one do you think is most true to the sport and which one is your favorite?

Mike Tyson: Raging Bull was an awesome movie. That would be the one most true to boxing. My favorite film would be Gentleman Jim. 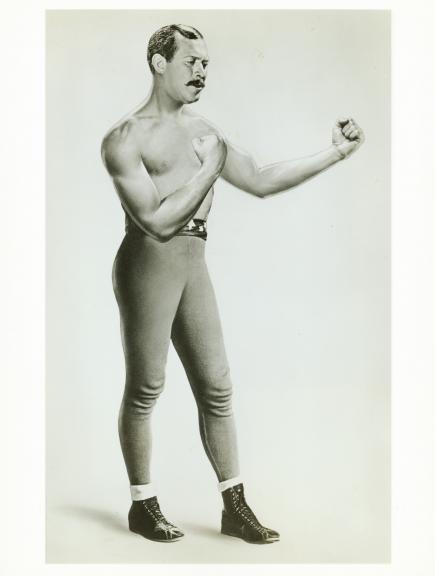 Ward Bond (with a little airbrushing) as John L. Sullivan in "Gentleman Jim."

MT: Errol Flynn and Ward Bond. Ward Bond is always in character. This is about the guy...Ward Bond who played John L. Sullivan had to have known somebody who knew John. He was amazing. He was born ten years before John died, this guy, Ward Bond. In the movie (James L.) Corbett said, ‘Why don’t you fight Peter Jackson’ -- that was a black fighter that he didn’t get the chance to fight due to the color line. [Sullivan refused to fight Jackson because he was black.] Bond says, ‘You fought Peter Jackson. You went 61 rounds. How long do you think Peter Jackson would last with me? 61 seconds!’ For me, that was just amazing. Then he came...and when he lost to Jim he bowed down so gracefully and gave the belt to him I started crying.

SM: Alright, let’s start with in the ring.

MT: I felt in control.

SM: And outside the ring...I think I know where this is going.

MT: Not that much in control. 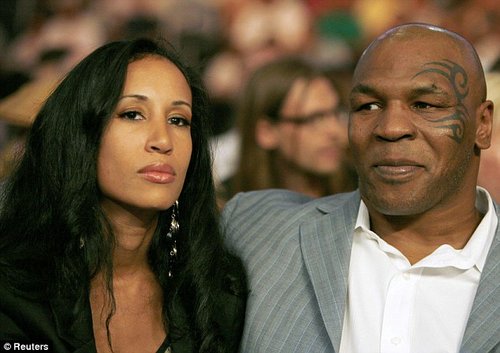 The Tysons, Mike with his wife, Lakiha Spicer.

SM: What motivates Mike Tyson to better himself?

MT: My wife. We have a commitment. We have an understanding. We have respect. Love is like a cult, you know? It’s teaching me to follow your own impression, basically. We have a great understanding and we’re friends. And what’s more important than anything that we respect each other. 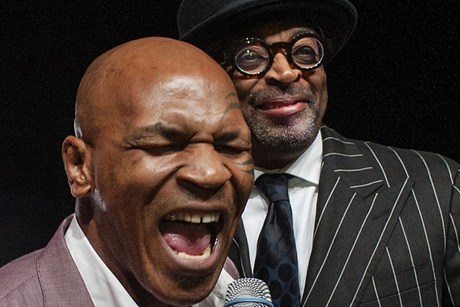 SM: This is not your first collaboration with Spike Lee. Wasn’t there a documentary short for Showtime that the two of you worked together on?

SM: What is it about your working relationship that clicks?

MT: I go into this relationship as the pupil and he’s the teacher. He directs me and I do what he tells me to do.

SM: When you aren’t publicly sparring with an opponent or sports commentator, you have always impressed me as someone who basically comes across as shy and introverted. Now you are putting on a one-man show. How much harder, if at all, is it for you to communicate with your mouth as opposed to your fists?

MT: That’s interesting. It’s funny that you say that because I am a shy introverted guy because I used to get picked on a lot. I became ‘Iron’ Mike Tyson, the great fighter, who isn’t a shy and introverted guy. I become Mike Tyson. He’s an extreme super extrovert. I look at myself as different characters. 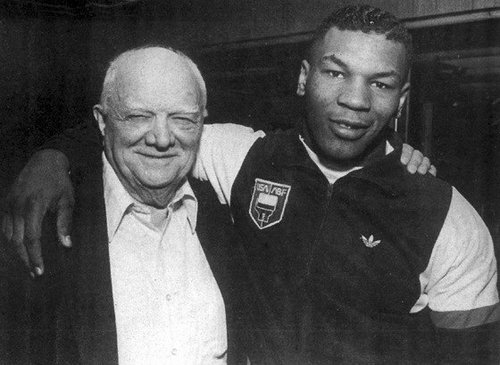 Cus d'Amato and Mike Tyson.

SM: Would you ever consider training an up and coming heavyweight?

MT: I don’t know. I don’t know. I’m not no Cus d'Amato. Cus d'Amato could turn a cow into a thoroughbred racehorse. I can’t make a cow a better cow. You gotta’ be special to do that stuff. The way to be the guy I am, I can’t understand...I was explaining to someone the only part of my life that I don’t understand is when I met Cus. I was a street kid. It was really my intention to rob Cus’s house. After listening to this guy, this guy turns me into someone who wants to consume the world. I owe him a great deal. I would never think the way I think now if it wasn’t for Cus.

SM: There has been much controversy about your appearance in Hangover 3. What happened and will you be in it?

MT: I don’t know. I don’t think I’m in the film. They didn’t call me. I don’t know. You never know. I’m just grateful that they allowed me to be in the first two. I owe them so much for that. Man, it was just wonderful. I wish them the most success in the world and look forward as much as possible to working with them again.

SM: Were you sweating even a little on The Comedy Central Roast of Charlie Sheen?

MT: I was having a ball up there. I wasn’t nervous at all. 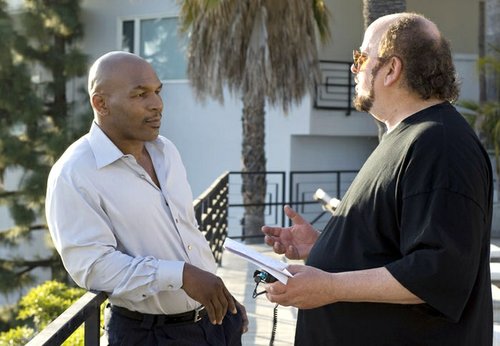 SM: Do you and James Toback exchange Christmas cards?

MT: No, but we’re not Christmas card people. We love each other and are good people. 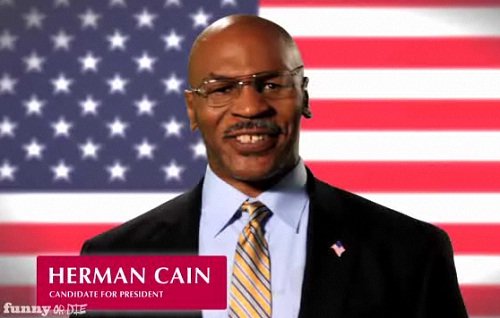 SM: With the exception of ‘Fat Burger Griller’ in The Cookout 2 and Herman Cain, you have only played yourself on film. Do you see a future as a character actor in movies?

MT: I just did a role on Law and Order where I play Reggie Rhodes. I’m a condemned death row inmate. That’s going to be my most telling role so far, I think.

SM: Would you like to continue on as an actor?

MT: I am going to do that. I’m doing that now because I’m gonna’ be Reggie Rhodes now. That’s the first time I was ever someone other than Mike Tyson in some kind of movie or television appearance. 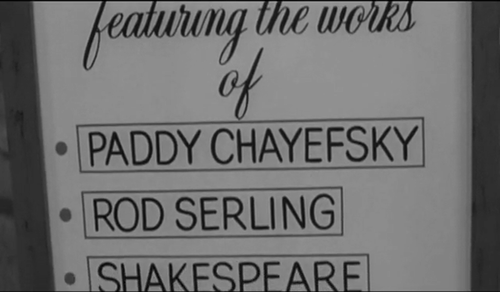 SM: What can we expect from Mike Tyson: Undisputed Truth?

SM: Are you going to take questions from the audience?

MT: No way! They’re gonna’ watch me perform. I’m not doing a Q&A. People are coming to see a performance.

Mike Tyson Freaks Out During Interview

Good interview. Love that he knew the old films, but even back when he was champ (the youngest heavyweight in history, at age 20)...he always knew the history of the sport. I like that in an athlete. Well done, Mr. Marks.