Ben Affleck is a "wonder sperm kind of guy"

While guesting on Ellen, Jennifer Garner let slip a bit of information that many in the entertainment industry have speculated on for years.

When asked if she and hubby Ben Affleck planned on having child #4, Garner told the spermophobic host, "You never know. I plan to be done, but my husband is a wonder sperm kind of guy."

Hey, that's what Dolores Hope said about Bob. Bob spent so many nights away from home, Dolores frequently wondered where his sperm was.

We should get Affleck a pair of the same kind of bloomers that Mitt Romeny wears. Imagine what a guy with wonder sperm could do in a pair of magic underpants. Affleck could repopulate 47% of the country without breaking a sweat! 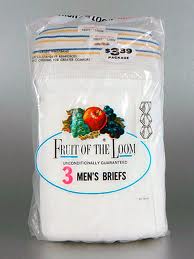 More men call Fruit of the Loom briefs their magic underpants of choice than any other.

For those eager and curious to hear "sperm" fly from out Jennfier Garner's mouth, the quote appears early in the interview. That saves you from having to suffer through the actress/mom's 5 minute dissertation on parenting.