Matthew Lickona: I can't help but notice that all of the screenwriters — Roberto Oci, Alex Kurtzman, and Damon Lindelof - also have producer credits, along with director J.J. Abrams. Could you talk about what being a producer meant for you and what it meant for them, and the dynamics involved?

Bryan Burk: Our roles are different, but there's a lot of overlap. Alex, Bob, and Damon are writers, and I can barely read - right off the bat, that's a huge distinction. And J.J. is a writer-director. They can all sit down and create something out of nothing. But all five of us have a good relationship as far as banter and throwing ideas around. With Star Trek, we have a wide range of feelings as to what it is. At one end, Bob Orsi - and Damon right behind him - know this world like the back of their hands. And at the other end of the spectrum is myself. I was not a Star Trek fan growing up; I'm the voice of people who are not Star Trek fans. So as ideas are coming out, I'll raise my hand and say, "I don't know what you guys are talking about." Then they'll explain it in layman's terms, and that in turn will be the direction that it goes in the script, because they want the movie to appeal to everybody. We want to open it up, make it be for people who say, "There's no way I'm going to see a Star Trek movie. I've seen Star Trek before; it's not for me." Of course, on occasion, they'll be writing and laughing in a corner, and I'll say, "I don't understand," and they'll say, "It's not for you."

ML: That's always a tricky balance with an established franchise: pleasing the fanbase while finding a way to lure new viewers.

BB: I reference the first Iron Man a lot as an example. Everyone forgets that, before Iron Man, there were a zillion comic book movies that were not enormous successes. Iron Man felt to me like it was going to be another one of those. I didn't know anything about the character - I knew Spider Man, I knew Superman, I knew Batman. Iron Man was just another character in a universe of God knows how many. If I were a betting man, I would have bet that there was no way I was going to like it, but I was pleasantly surprised. It was not what I was expecting. It was emotional, it was funny, it was exciting. Robert Downey, Jr. was an 11 out of 10. There was stuff from the lore of Iron Man that I didn't understand, but it was everything I love in a movie. That's our intention with Star Trek.

ML: I want to ask about nostalgia. You co-founded Bad Robot Productions with J.J. Abrams, and you produced Super 8, which Abrams directed. Certainly, that film played heavily on the nostalgia that a lot of people my age had for Steven Spielberg's E.T.. You also produced Abrams' Star Trek, which echoed aspects of Star Trek: The Wrath of Khan and Star Trek: The Voyage Home. Now you're both returning to Star Trek, and of course, Bad Robot is slated to take on Star Wars. So: nostalgia is incredibly powerful, but it's easy to screw it up. It's easy, I think, to make people feel manipulated, and to make them mad. Since Bad Robot is making nostalgia-mining sort of a trademark, I was wondering if you could talk about how to do it right.

BB: It's interesting - I'm trying to think of an answer, because, speaking for myself at least, I'm not doing it consciously. Everything starts from a place of remembering the kind of visceral experience we got when we saw movies that got us excited. The plan is not to emulate - it's just that often, you find yourself having overlap when you try to capture the feelings that you had during those movies that you saw, particularly during childhood. There are those great movies that you see, and it's a very singular experience. I can remember where I was sitting in the theater for certain films. It's a lot of trying to dissect those moments, why they worked. The jumping off point is, 'Why do I care about this character?' I'm not looking at it as nostalgia. Or it's only in retrospect that I'm looking at nostalgia. At the time, it's just what's ingrained in everything I think and everything that inspires me.

ML: Last one: I'm not giving anything away when I say that Star Trek Into Darkness involves The Enemy Within. The bad guy is right there in the heart of Starfleet. It reminded me of Skyfall, in which the bad guy is a rogue MI6 agent. Couple that with Iron Man 3, which involves - NOT QUITE SPOILER ALERT - some similar elements, and you've got "three's a trend." Any comment on that?

BB: That's probably a better question for the writers. But I think it's obvious that your heroes are only as good as your villains. As we started talking about this character, he became even more insidious because he was coming from inside. Then, when we cast Benedict Cumberbatch, he became not only a formidable enemy to Kirk, but significantly smarter and more ruthless. He became the kind of villain that we love in the movies we see.

Endnote: I thought they did a good job! 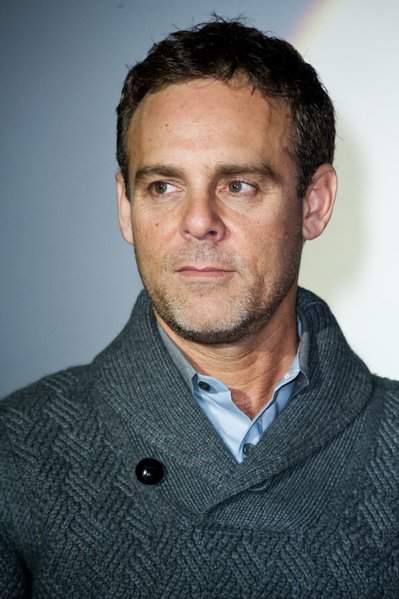