Terribly sorry for the descent into bad taste, but it's nigh unto impossible to be handed a quote like Shia LaBeouf's recent declaration and not explore the, um, possibilities. Just a refresher: LaBeouf, in declaring himself done with the studio system, said, "These dudes [in the independent world] are a miracle. They give you the money, and they trust you -- [unlike the studios, which] give you the money, then get on a plane and come to the set and stick a finger up your ass and chase you around for five months."

If that's true, then it might help to explain both Shia's posture and his facial expression in a few of his studio-produced publicity stills...

"Breaking in" on the set of Eagle Eye: 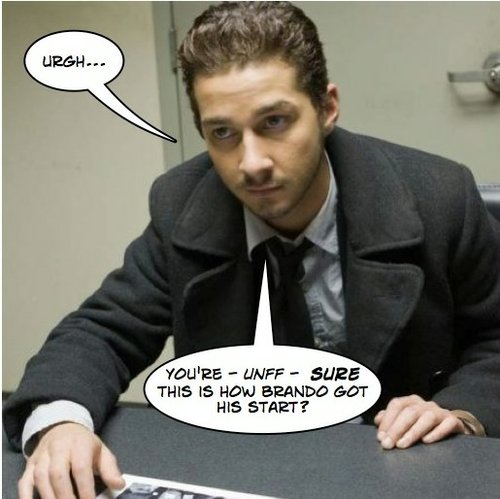 Winding up as the "butt" of a practical joke on the set of Transformers: 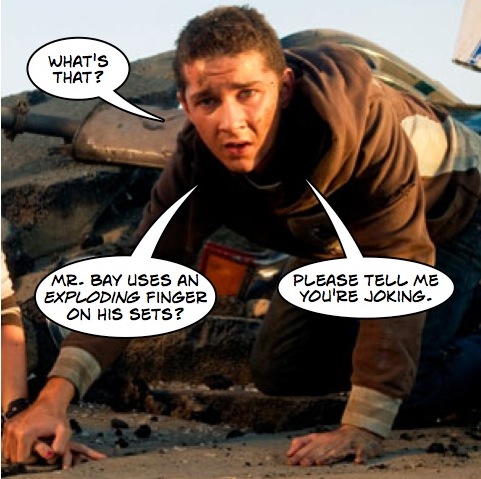 Getting some advice from an old-timer on the set of Indiana Jones and the Kingdom of the Crystal Skull: 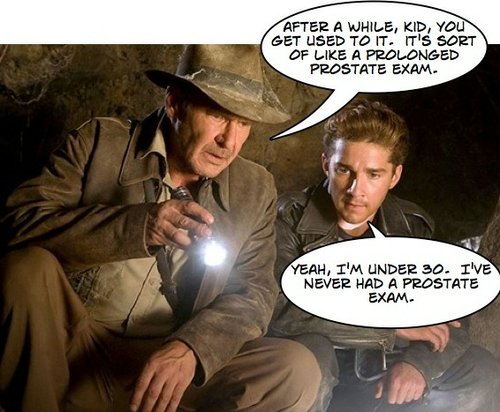 Finding the upside with Oliver Stone on the set of Wall Street: Money Never Sleeps: 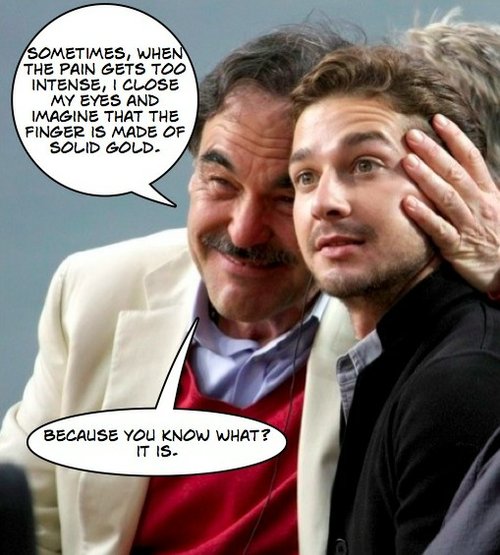