First up, we have Stewin' Time! The El Pozolero Cookbook from world-famous stewmeister Santiago Meza! 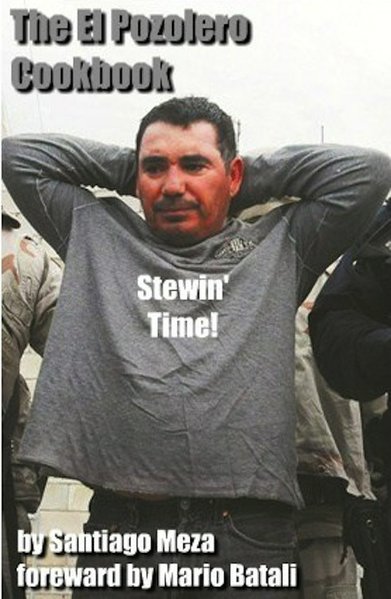 Regional cuisine is as hot as ever this Christmastime, and here is a cookbook from a local Mexican chef with a reputation that stretches around the world. Santiago Meza has served as the personal stewmaker to some of Mexico's wealthiest families. In one of his most legendary exploits, he is said to have been told by his employers that he would need to take care of over 300 people! That's a lot of stew, but El Pozolero was up to the task. Some of his techniques have even been featured on the popular cooking show Breaking Bad!

"A lot of people think making a stew is just a matter of dumping the ingredients into a container and letting the thing cook for a long time," says Meza. "But it's not that simple. For instance, if you really want to get best results from your stock bones, it helps to break them before you add them to the broth. But that means that afterwards, you have to be careful to strain them out, or you'll wind up with fragments that could mean big trouble after you're finished. There's a lot to consider."

El Pozolero's skill at stewmaking is so great that many people have pursued him, eager to learn his secrets. But until now, he has been reluctant to share what he knows. "I used to think that if anyone found out all the little details surrounding my stew, it would be the end of me. Now, I have changed my mind, and I'm singing from the rooftops like a canary." Order your copy today!