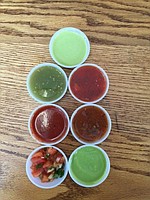 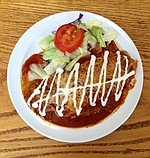 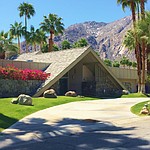 Leaves on an Eastern redbud tree at Legoland. Even people without kids can enjoy the ...

These beautiful heart shaped leaves come from the Cercis canadensis, or forest pansy, from a ... 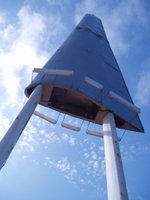 This is the wing of a WWII era Liberator bomber plane at Montgomery Waller Park ...

Dixon Lake in Escondido. A great getaway that's only an hour away from San Diego. ...

Paragliders sailing over the shade canopy at the Cliff Hanger Café located at the Torrey ... 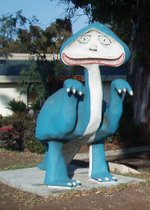 This is Rangui the blue Glarf. A Glarf is a cross between a dwarf and ... 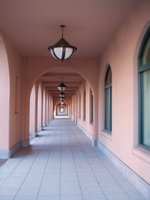 A colonnade at the Naval Training Center next to Liberty Station.

The Surfliner coming into the station at Oceanside. 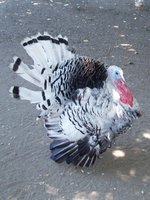 A lucky turkey living his days out at Bates Nut Farm in Valley Center, instead ...

The ampitheater at Mt. Helix. The park and ampitheater were built, and dedicated in 1925, ...

Dinosaurs roam the earth? Well they do in Borrego Springs. Artist Ricardo Breceda has created ...