Good story. Several years ago, where Teran Teran Street crosses the river, the calafia (little bus) that I was riding broke down. I jumped off to have a smoke and strolled down to the jumble of rickety housing that clung to the side of the river. It was just a little patch of shanties. It was all that was left of the sprawling colony that once survived their. The area was surrounded by existing maquiladoras and others being built. It was very obvious that in just a matter of time these shacks would also be leveled. The wall of one shanty was made of wooden pallets. A small child peered at me from between the slats. For some goofy reason I got real sad. Maybe its because I grew up in the same house for the first thirty years of my life and I understand the stability that comes with it. I wonder about that child sometimes. Stupid me.

Part of the Valley Farm BBQ Stand’s charm is its utter lack of ambiance. The place is nothing but a shack in a grocery store parking lot, with a few patio tables for “seating.” Hulking ...

All Things BBQ Feast! Restaurant Reviews Spring Valley
The art of the spoon

Where does the line between art and industry lie? Rachel Eva and Shawn Michael, a Hillcrest couple who together make up Work of My Hands, are in the midst of a Kickstarter campaign to fund ...

Nice piece. I was freshly living here during the 1993 flood, my now-21 year old daughter was born during one of the downpours. The government will tell you there were 14 fatalities, but there were many more. Most are buried underneath what is now concrete. Back then, the roads across the river actually went INTO the river, some folks would stop on the shoulder of the road and wash their vehicles in it.

Migrants from southern Mexico camped in the riverbed and when the rains hit and the reservoir behind the Rodriguez Dam backed up and started spilling over, they opened the gates and the water took its toll on everything. Only the bridge at 5 y 10 remained, it was the only place one could cross between the Dam and Centro. Authorities had warned everyone to get out of there, but many stayed because where else were they supposed to go? It was tragic.

It could be argued that the river needed the cement if for no other reason than to keep people safe. If any part of that river is to remain without cement, then great care must be taken to ensure the safety of anyone deciding to camp there. It only takes a couple of inches of rain here for disaster to strike. I would rather save lives than dirt, there is plenty of dirt still remaining here.

This sort of thing saddens me. See, I've lived here for over two decades and have never encountered these problems. And, you can't get any more "Gringo" than I am. Granted, I don't wear baggy clothing, mainly because I don't like to wear baggy clothing but also because it advertises a certain mindset that mopes seem to share. And granted, as much as I love whiskey, I don't carry around an open container because that would be illegal. And, even as a journalist, I know better than to photograph cops here, it's for their protection, you know, since they are fighting organized crime on a daily basis and are constant targets for the really, really, bad, bad guys.

Mexico is a great ride if you simply use your head. Dress conservatively, don't walk around with an open bottle of whiskey, and keep the cell phone in your pocket unless you're calling a pal. Mexico isn't the U.S., and why anyone would think it should be is beyond my comprehension.

At least you saw him while you still had the chance. 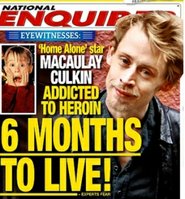 In a press release dated today, May 12, the Ché Café collective is calling for community support in the University Centers Advisory Board (UCAB) vote for a budget plan that may close the venue for ...

Hey, for 50 pesos I think my budget would comply. I'd love to, sounds like a lot of fun. Let me take the weed-whacker to my schedule and I'll give you a holler.

For us native San Diegans, Baja and San Diego are the same city. My grandparents spent a lot of time in Baja during prohibition and after. They hung out with movie stars like John Wayne and future Chief Justice Warren and icons like the guy that invented the Ceaser Salad (he taught my Irish/Scottish grandmother to make the best tortilla chips!). He used to come to family BBQs quite often too in Pt. Loma. My first visit to Baja was when I was less than a year old. Our neighbors to the south are just that ~ our neighbors.

The excellent documentary Cartel Land gives an embedded view of two vigilante group leaders, one on each side of the US-Mexico border: Tim “Nailer” Foley of Arizona Border Recon, and Dr. Jose “El Doctor” Mireles ...

As the 33rd annual book fair in Tijuana was coming to an end, a completely different book fair was starting up. The first fair of independent publications hosted by Raices Infoshop, Food Not Bombs, Publicaciones ...

Your gentile is showing, brah.

Coming as it does from a guy in a Colonel Sanders costume, the argument that civic planning devolves into a conflict between the vicious, anti-car, cycling "lobby" and the League of Innocent Motorists doesn't make much sense to me. I've heard that false dichotomies are a form of logical fallacy, but what would I know....

Why was I not consulted on this headline?