Screw Betty White! JoAnne Worley was in town and I didn't know about it?! BOOOOOOOOOOOOOO-RING! 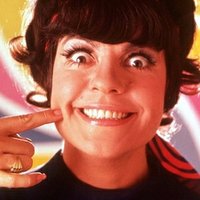 What made Sullivan such a good sports columnist was that he did not adulate athletes or owners, and he realized that pro sports is not about the game; it is about money.

As to the new UT: it will be interesting to see if voters are influenced -- or turned off -- by the UT's endorsements, front page or not. I know it will be difficult to tell the effect, but if DeMaio does more poorly than expected, this could be a sign that the public is wise to the propaganda mill disguised as a news

The article poses perfectly fair, topical, and even timely questions. Is such online venting akin to standing in front of the school your kids go to, with a giant sign reading “Don’t send YOUR kids here”? In a local music scene so clique-y and insular (some would say inbred), both in area venues and within online virtual counterparts like Facebook (mostly comprising the same people from the shows), one person’s online POV can have direct and far reaching impact. Most everybody who likely cares about the topic is probably reading all the same posts and blogs.

What rights of response do those have who find themselves being talked about in a negative light?

However you feel about the answers to those questions, this comment discussion is precisely why articles like this are (IMO) fine fare for this particular newspaper, the majority of whose content now mostly appears in the online electronic publication rather than the print edition. SanDiegoReader.com/news/blurt is a perfect forum to talk about such things.

In the article itself (since the worth of its very existence was challenged), both Sean and Kelly get to clearly state their differing POVS; the story in no way seems to favor one over the other.

The comments section is where the balance goes all kablooey. In this case, most everyone seems to side with the Ruby Room, and their right to boot someone they found troublesome, both in-person and online.

Doesn’t mean the other side wasn’t worth bringing up too, starting with the article and continuing here.

And what does "being a bitch and not following the rules" mean? Not kissing the ass of some meathead working the door?!? Ladies, you are better than this.

I have a lot of experience dealing with people and I would like to offer some input on this conversation.

Mindy, it sounds like your goal is to get people to adopt dogs or treat them better, is that true? Your comments are filled with criticism and condemnation. Have you found that to be an effective approach in persuading others to adopt animals? In my dealings with people, I find that criticizing people will more likely drive them away from participating in your goal.

I would like to suggest, as a starting point, you offer an apology to Barbarella, which I think would make her more likely to share your point of view. Following this, I recommend that you try to praise people and understand their needs before trying to persuade them to your goal. Once you understand their needs are aligned with your goal, which is to improve conditions for animals, you may be able to get them to commit to helping you. Do you agree that this is a more effective approach? Or is your goal actually to make her angry and stir controversy?

I think the better question, Mindy, is what will YOU do?

Mindy, why are your comments many times so hurtful? Does your oft-stated hatred of the Reader extend to its readers/commenters by association?

What gave me that idea? Well, here's one from last week that does not conjure up many warm images: "And don't worry, darling, I only read the Reader if I'm standing in line to use the restroom." And then you post on nearly every article you see (your energy level is indeed impressive). So which is it? If I had the time (moreover the inclination), I could cite several examples from the past 2 years or so in which you malign both the Reader and much of its staff. And G-d help new bloggers. We get it, ok? You've become boringly and repetitively predictable.

Oops. I somehow forgot to insert the word "insufferable" in my previous post. Normal-weighted Babe (RIP) says "bite me", by the way. - The Wise Ol' Guy...

When True Food moved in to town they hired a bunch of talented people to work in the kitchen. It's not just hippies and stuff, they have legit cooks working inside. Kind of unexpected, since most "health" places go for the philosophy first and the flavor second, but this place made sure the staff could plate up serious eats, even making food out of seeds and stuff :D

I just thought of the story I wrote a while back about webcomics, which has details on a similar phenomenon, one that went nationally viral:

Great story. I read your earlier one, and this one is good, too. Stop con men and women before they strike again --- because punished or unpunished, they will!

Don, while we usually agree on matters of local concern, and although you made a balanced report, I don't fully support your conclusion. I agree with Overton, and wonder too why more drastic measures were not taken first, before just throwing in the towel. I partially agree with Welton Jones about the abrupt shutdown.

One thing that was not mentioned in regard to cost cutting was Campbell's salary, and that of his wife. While that was going on, did he take a pay cut? (I think we all know the answer to that one.) As to a "going rate" for opera directors, with as few companies in the nation as now exist, it is very hard to judge. When you are talking about a non-profit and one that was largely eleemosynary, such as the opera, princely salaries should be regarded as unseemly. Yet Campbell, and a host of others were, by your description, taking down six-figure salaries. So, it doesn't matter what the "going rate" was, if there was one at all. That "going rate" argument is used constantly in the public sector to justify high pay for school administrators, school superintendents, college presidents, fire chiefs, police chiefs . . . the list is endless. But very often all that results is a game of musical chairs, where the players move around from position to position at steadily and increasingly hard-to-justify compensation packages.

You, Don, have reason to decry the upward spiral of CEO pay in corporate America, some of which rubs off outside the corporate realm. I'd have to say that Campbell's pay and that of his wife were very hard to justify. So, while there is an air of inevitability about this whole affair, the fact that the opera didn't go down fighting for its survival just sticks in the craw of many folks.

While contrasting two unreasonable salaries certainly isn't the strongest argument for either one, somewhere in the neighborhood of three million fans will pay to see the Dodgers, and Mr. Puig stage their act with 81 home performances. If Operas around the nation could just pull in 10% of those numbers we wouldn't be here discussing it.

Nearly $800,000 in pay for two administrators? Guess I am completely out-of-touch with today's reality.
So what happens to the remaining assets? Will these two get diamond studded golden parachutes? Or will they get a thanks for your services like the formerly employed musicians and actors. (Eyebrow cocked and raised) .... Seems there are "insiders" who know how to enrich themselves in every facet of our culture, even the arts.

I can almost hear Brando in the background saying: "The horror. The horror."