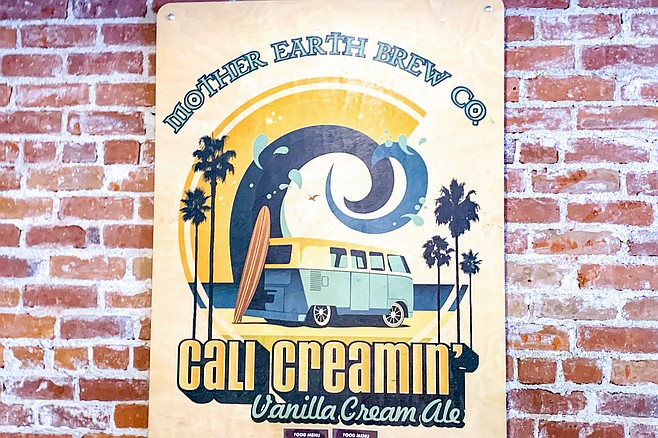 San Diego beer companies building production breweries out of state has had what we might call mixed results. Building a brewery in Virginia put Green Flash on the path to foreclosure. Ballast Point’s Virginia brewery wasn’t included when the drastically devalued company was sold last month. Stone Brewing still operates its Virginia brewery, but last April it had to sell the one it built in Berlin.

Meanwhile, Mother Earth has only grown stronger, enjoying double-digit growth year after year since it opened nearly a decade ago. At the time it started shipping from Nampa, it distributed to five states. Today it ships to 18, plus more than a half dozen countries in Europe, Asia, and South America. Beer quality has been part of it, but so has business acumen.

Both founder Daniel Love and executive vice president Kevin Hopkins bring Fortune 500 experience to their passion for beer, resulting in a company that’s been methodic and strategic with every move it makes. “Passion does not automatically equate to profitability,” says Hopkins, “That’s why we do things a bit differently than others.”

At times, Mother Earth has been ahead of trends: it was quick to embrace cans, and to install a quality assurance lab — both in 2014. Other times, it’s been slow to follow them: initially refraining from releasing hazy IPAs, for example, despite surging demand. When it did release hazy beers, they were the result of 18 months of recipe development. While Hopkins acknowledges a missed opportunity, when early adopters were selling out entire batches of hazy IPA in a single weekend, Mother Earth’s “do it right” approach has worked out in the long run. Since introducing its Project X series of hazy IPAs in August, the brewery has already quadrupled production, and expects to double that in the next few months.

For the past few years, Mother Earth’s best selling beer in San Diego has been its Cali Creamin’ Madagascar vanilla cream ale, now offered with the addition of Valencia orange. However, most of the company’ business remains driven by IPAs. In its first four years alone, it had to increase production by a factor of 20 on the strength of its Hop Diggity and Kismet IPAs. Both beers relied on one of the priciest hops at the time: Nelson Sauvin. That prompted a minor change in direction.

“We were one of the largest users of Nelson here in San Diego,” explains Hopkins, “But we realized that Nelson wasn’t going to be sustainable long term, at the volumes we were growing.” So Mother Earth spent months developing a new flagship IPA, featuring an intriguing new hop: Mosaic. Released straight into cans in 2014, Boo Koo IPA is now the brand’s number one seller.

But it’s clear the move to Idaho is the biggest move that’s helped Mother Earth thrive even while the craft industry at large has slowed down. While all the beer we see in Southern California is still brewed in Vista, roughly two-thirds of its beer now brews in Idaho, where the company has now invested in a second canning line as well as its own yeast propagation system. All while keeping its loan obligations minimal.

“It afforded us the ability to build a larger brewery than we could have here,” says Hopkins, noting the company searched for 18 months within California before realizing the opportunity expanding out of state provided. “We built that whole facility for single millions, not double digits.” They did so without adding investors, and with an SBA (small business) loan. Its conservative fiscal approach has also allowed Mother Earth to provide benefits to full time employees.

But the most interesting advantage the Idaho move allowed has been qualitative. The water in Idaho is not only cheaper, but yields better tasting beer, particularly the hoppy beers. So when the company’s brewers and lab techs examined water profiles to ensure its beers tasted the same whether they were made in Vista or Nampa, it meant the entire product line wound up tasting better. Why?

Because, “We did not change Idaho to match California,” notes Hopkins, “We changed California to match Idaho.”