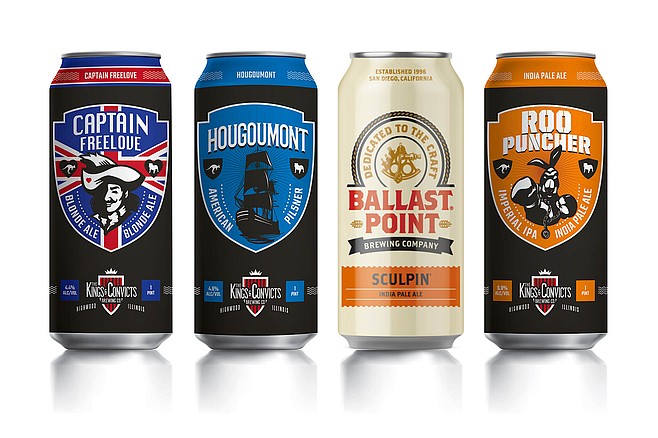 Who are Kings & Convicts Brewing, and what are their plans for Ballast Point?

A look at the surprising new players in local beer, and a reaction from the San Diego Brewers Guild 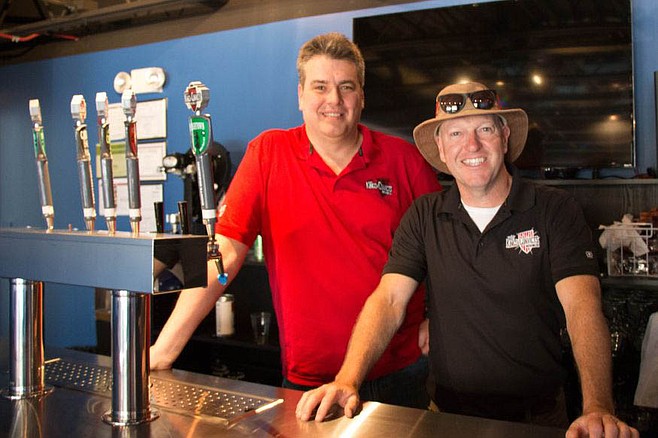 The seller, Mexico beer importer Constellation Brands, is most famous locally for paying one billion dollars to buy Ballast Point in 2015. While the price Kings & Convicts will pay hasn’t been disclosed, it’s known to be considerably south of a billion. In four years since buying one of San Diego’s most successful craft breweries, Constellation has seen the brand wither, shuttering breweries and halving production, while its flagship brands, Corona and Modelo, continued to thrive (5.4 million barrels sold in the U.S. last year).

By comparison, the buyer, Kings & Convicts, produced a mere 600 barrels of beer last year, sold exclusively in Illinois and Wisconsin. The differences couldn’t be more stark.

At first glance, the Kings & Convicts story reads little different than seven-thousand other small breweries now making beer across the U.S. Homebrewing hobbyists Chris Bradley and Brendan Watters pooled their resources and reached out to friends and colleagues to invest in a brewery. The big difference is that both men had already built lucrative businesses (Bradley was a partner at New Zealand’s Navman Wireless, Watters founded Boomerang Hotels), meaning they had access to a lot more capital than most beer startups.

“I was trying to work out my next venture, and got into home brewing,” recounts Watters, an Australian expat with a CPA and MBA. After his first homebrew, he says, “My wife kicked me out of the house. She said, you’re not doing that again.” So he started brewing with Bradley, a British expat, and the two wound up starting Kings & Convicts, a playful reference to the British crown originally establishing Australia as a prison colony.

Apparently, brewing wasn’t the greatest strength Watters brought to the partnership. “Chris kicked me out of brewhouse about a year ago,” he laughs. “Told me to ‘go and do something…’ This is what I’ve done, I bought Ballast Point.”

To do so, he tapped his circle of private investors — not a private equity group concerned solely on ROI, he stresses, “This is just private individuals, intent on bringing this company back to independence.”

The process started in July, with a casual offer made over beers with a Constellation executive. But Kings & Convicts expansion was already in motion. In August, it broke ground on a 51-thousand square foot restaurant and production brewery in Pleasant Prairie, Wisconsin, just across the Illinois border about 50 miles north of Chicago. That brewery will now produce and distribute Ballast Point beers in addition to Kings & Convicts — not insignificant, being that Ballast Point’s 300-barrel Daleville, Virginia brewhouse was not included in the Constellation deal.

In the near term, Kings & Convicts will focus on making the leap from being a surburban brewery with nine employees to a global entity employing 560. Watters met with Ballast Point employees in Miramar Wednesday to boost morale. “Try to give them some comfort that their job’s not going anywhere. You’re now owned by a nanobrewery, but hey, no problem!”

Watters has been in San Diego about a month, and will continue to oversee the transition in Miramar, eventually relocating here full time.

However, in regard to operations, he plans to lean on the experience of Ballast Point’s beer industry executives, including V.P. and specialty brewer Colby Chandler, the company’s longest tenured remaining employee.

“One of the things that we’re acquiring is a truckload of knowledge and understanding,” says Watters. “I’m going to be guided by Colby, quite frankly.”

Re-establishing Ballast Point as an independent, local brand could take some time, though. Its sale to big beer sapped the good will of the local brewing industry, which struggles daily against the competitive advantages of macro beer entities. Consequently, under Constellation ownership, Ballast Point lost its charter membership in the San Diego Brewers Guild, a dismissal that rankled Chandler, and which Watters would like to rectify.

Asked whether it would be re-admitted under its surprising new ownership, the Guild was circumspect, issuing a sort of prove-it challenge with the following statement: “We look forward to hearing how Kings & Convicts Brewing Co. will support our local brewing community as an independent craft brewery arriving from out of state.”

The entire picture here is bizarre. These brewers from outtatown have bought an operation that was sold for a mind-boggling $1 billion four years ago? If this is for real, Constellation has taken a huge bath on that deal. It had already announced huge financial write-offs, one for more than $100 million. So, now the minnow swallows the whale, and they march on.

No, excuse me, we don't know even half of what is going on here. It will take months or two or three years for all this to come into focus. In the meantime, enjoy the brewski if you enjoy it, and wait for the "rest of the story." Whatever it is, it will be most unusual to say the least.

It used to be viewed as beacon of quality over quantity, so seeing it treated as a commodity is jarring. If, accepting the news at face value, the commodity was procured by business leaguers with an earnest appreciation for the commodity, maybe that's best case scenario. Anyway, if there aren't yet more tax benefits for (still very much raking it in) Constellation out of the arrangement, then everything we know about Trump era tax policy is a lie.