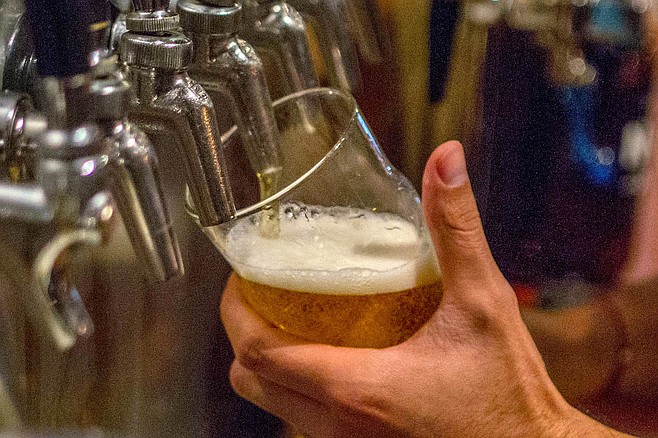 In previous years, I’ve used this space to reflect on the number of San Diego breweries that have closed the year prior. Sadly, such closures have become such a common part of the industry. Even as we see a few newer breweries invest in significant growth (Eppig Brewing, Burgeon Beer, Novo Brazil), we now expect to see an annual list of those that didn’t make it (Benchmark Brewing, 2kids Brewing, Gordon Biersch, and more).

Instead, this year I’m focusing on two stories that reflect the constant change the industry has felt, even as it remains a highly impactful presence in San Diego’s culture and economy.

I doubt any single beer story generated more articles than the recently announced deal for Constellation Brands to sell its famous billion dollar acquisition, Ballast Point Brewing, to Kings & Convicts Brewing an upstart brewpub from the moneyed suburbs of Chicago. Yes, the guys behind the deal aren’t just nanobrewery operators but also successful businessmen with access to millions. But also yes: Constellation dumping its once shiny new toy for what’s roundly speculated to be pennies on the dollar reveals just how quickly the industry has changed since the Mexican beer importer made it rain to soak up one of craft beer’s most celebrated brands.

When 2015 ended, 4200 craft breweries operating within the US enjoyed 13-percent growth. That growth slowed to four percent through 2018 and the first half of 2019, and the nation is on pace to see 8000 breweries in operation beginning 2020. Mid-sized breweries including Ballast Point have been the ones losing market share to small, very local breweries, especially as beer quality has risen in formerly underserved neighborhoods. People in other cities and towns used to want San Diego beer because they couldn’t get anything this good at home. Now they can, whether they’re in a small city in Arizona or the urban center of Atlanta.

Hard Seltzer made splash in 2019, first nationally, and then locally, as San Diego breweries (including Belching Beaver, Kilowatt, Rouleur, Novo Brazil, 32 North, Resident, rough Draft, San Diego Brewing, and more), began producing the stuff, which is little more than fermented sugar water, flavored with fruit or fruit extract. Customers like that it’s gluten free. Brewers appreciate the fact that they no longer need to lose market share to people ditching beer for diet-friendly options, and because it’s far less costly to produce than beer, they can sell it at higher margins.

But the story is bigger than just hard seltzer. Thanks to the aforementioned slow growth and increased competition in the beer sector, breweries have been finding ways their brewing licenses can be used to produce diverse offerings. In addition to hard seltzer, a growing number of San Diego breweries (Pure Project, Novo Brazil, Belching Beaver) have followed the runaway success of San Diego’s hard kombucha businesses, which involve brewing the mixed fermentation probiotic tea, kombucha, then re-fermenting it with addition of sugar, and flavoring with fruits and/or botanicals.

Next up, will we see a proliferation of hard tea, another latter day entry to the ever shifting American booze market? Let’s see what you got, 2020.