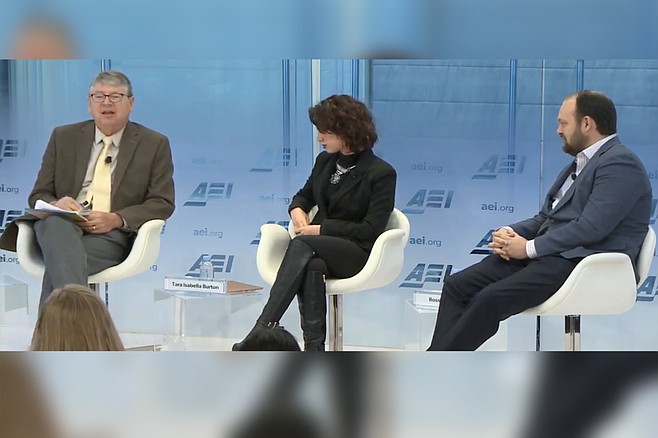 Locating the sacred within this world

On January 10, University of San Diego law professor Steven Smith shared a lunchtime lecture stage at the American Enterprise Institute with New York Times columnist Ross Douthat and novelist/reporter Tara Isabella Burton. The topic was “The Next American Religion;” Douthat had gathered the others there because he suspected there might be “a powerful post-Christian current” running through American life, and he wanted expert opinions on the matter. Burton was there because of her forthcoming book Strange Rites: New Religions for a Godless World. Smith was there because of his 2018 book Pagans and Christians in the City: Culture Wars from the Tiber to the Potomac.

It was a culture war that led to the book’s genesis. When Indiana passed its religious freedom restoration act in 2015 (signed into law by then-governor Mike Pence), “all hell broke loose,” recalls Smith. A website asked him to write a comment on the matter, and he threw in a bit from a collection of T.S. Eliot lectures from 1939 that he’d been re-reading. Eliot, says Smith, “said that the future of the west would be decided by a contest between Christianity and modern paganism.” Fellow law professor Stanley Fish read the comment, and let Smith know that the Eliot quote was the really interesting bit. 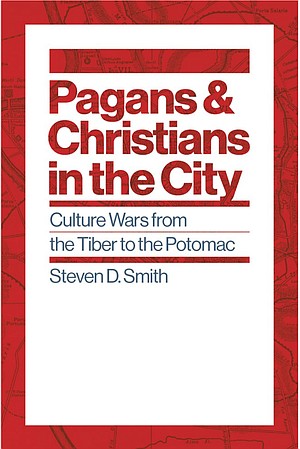 Paganism? “There were different dimensions of paganism in ancient Rome,” notes Smith. You had your credulous masses with their explanatory stories about divinities, your civic sacrifices for social order, and “a kind of philosophical paganism that saw these things as symbolic representations of a deep reality. An orientation toward the sacred that locates the sacred within this world” — as opposed to Christianity’s transcendent creator God. Smith saw “a resurgence of people who defend this immanent religiosity, who say there really is objective value and objective meaning, and that scientific naturalism can’t quite capture it. The cultural contests we have today are contests among different religious perspectives. People on both sides have a view of good vs. evil. They have evangelical zeal and an instinct to anathematize their opponents.”

At the lunch, Burton told a story about an exclusive New York City salon and spa that used to be called The Red Door. For years, “to go behind the Red Door was to attain to a certain social status and glamour,” she explained. But now the place has re-branded as Mynd. She read their mission statement: “’No matter how you define self-care, Mynd is a resource focused on helping you achieve lasting beauty and wellness.’ I’ve been there; you really just get your hair done. But what it advertises is different.” Not glamour, but “a kind of spiritualized notion of wellness.” (The website says that when you walk in, “you’re reconnecting with you” in “a guilt free zone.”) “Vice’s branding arm found that 54% of Millennials say they’re eager to spend their money on brands that enhance their spirit and soul. And 77% seek out brands that share their values. They believe in something, and they want to spend their money on accessing that something.”