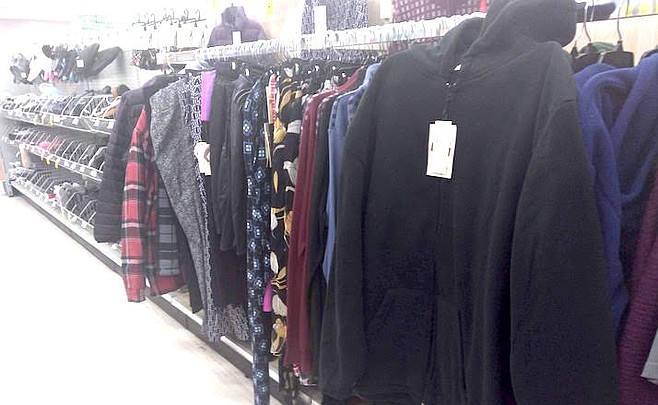 O.B. cop with a heart of gold

When officers arrived about 5 am, the suspect was waiting for them wearing a stolen hoodie and refusing to leave. He told employees he was waiting for SDPD “because he was cold and wanted a warm place to stay.”

San Diego Police Department's David Surwilo told me: “The store had called police dispatch to report a homeless male in their store attempting to steal a hoodie sweatshirt and refusing to leave. Although he was belligerent he was not being physically violent. Once in the store the officers encountered the male wearing what appeared to be the store’s hoodie. The officers detained the male who was also without shoes or socks.”

Responding officers Dominic Collins and Christian Nimmons, spoke to the manager who did not want to press charges but did want the subject to be instructed by the officers not to return.

“They simply wanted the homeless male out of the business, and he was no longer welcome at the store,” Surwilo continued.

Officer Collins then asked the store manager how much the hoodie cost and offered to pay for the item. The store manager told the officers not to worry about the hoodie. The officers thanked the manager for the kind gesture, and issued the ‘Do Not Return/Trespass Order’ to the homeless male.”

Following the incident however, “officers noticed the male was still cold, shivering and wet, so they decided they couldn’t just let him go; he still had no socks or shoes,” Surwilo said.

“Officer Collins went back into the Rite Aid and purchased a pair of socks and shoes for the male. Once the items were on his feet they reminded him of the trespass order and the male departed…"

This was a nice gesture on the part of Rite Aid and the police officer, but if you let him get away with theft, and buy him more - you're sending the wrong message. Don't be surprised if he returns, despite the trespass order.

It would have been better to get the man to whoever handles County Mental Health these days. It's just another band-aid on a problem that needs a thoughtful solution on a wide scale. But yes, we do have some excellent police in San Diego.

Technically, if he never left the store, there is no intent to permanently deprive, thus there is no corpus to the alleged crime. Technically speaking. Is this problem just another symptom of a festering problem? Sure is. Sadly we will all suffer the consequences of the overly lenient permissiveness. We cannot let the pendulum swing so far to the left that our culture accepts this behavior as the new normal.