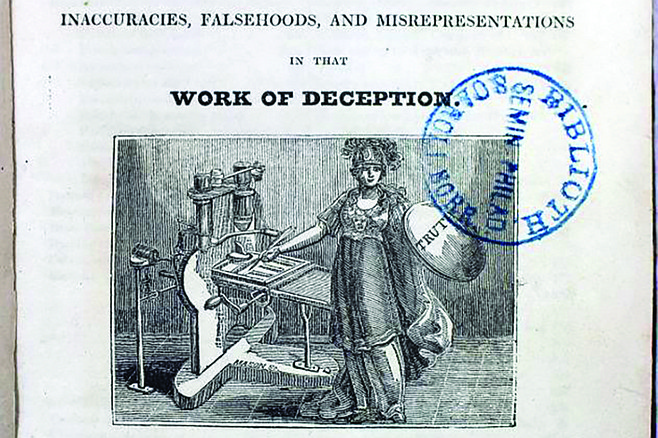 Later compiled into the three-volume work, A Critical and Historical Review of Foxe’s Book of Martyrs

The very common manner of judging of human things by the abuses made of them, sometimes by the wicked and sometimes by fools, is vicious. If man has natural, religious, political and civil rights, which is incontestable, we ought to recognize them frankly, and, on the other side, we ought to also combine them with the duties which we have towards God, and towards our fellow creatures, or rather with the rights which God exercises over us, and with the common rights which each man has over another. There are some who recognize these rights in theory, but who, being in power, frequently make no scruple to elude, violate and insult them in practice.

– from “The Rights of Man” by William Eusebius Andrews

William Eusebius Andrews (1773-1837) was a English journalist and Catholic, born of parents who were converts to the faith. He created a number of Catholic newspapers and journals of opinion in England, including the Orthodox Journal and Catholic Monthly Intelligencer in 1813 (in which the essay “The Rights of Man” appeared in 1820); The Catholic Advocate of Civil and Religious Liberty in 1820; and The Truth Teller in 1824. He is also the author of a series of articles critical of Protestant historian John Foxe, a series which Andrews later compiled into the three-volume work, A Critical and Historical Review of Foxe’s Book of Martyrs (1824–46).