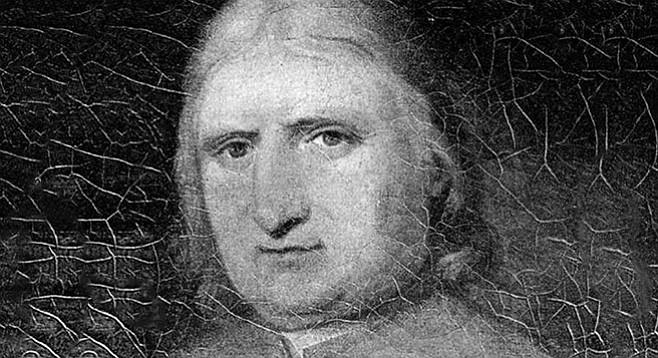 One morning, as I was sitting by the fire, a great cloud came over me, and a temptation beset me; and I sat still. It was said, “All things come by nature”; and the elements and stars came over me, so that I was in a manner quite clouded with it. But as I sat still and said nothing, the people of the house perceived nothing. And as I sat still under it and let it alone, a living hope and a true voice arose in me, which said, “There is a living God who made all things.” Immediately the cloud and temptation vanished away, and life rose over it all; my heart was glad, and I praised the living God. After some time I met with some people who had a notion that there was no God, but that all things come by nature. I had a great dispute with them, and overturned them, and made some of them confess that there is a living God. Then I saw that it was good that I had gone through that exercise. We had great meetings in those parts; for the power of the Lord broke through in that side of the country.

— from the Autobiography of George Fox

George Fox (1624-1691) was an English religious leader and founder of the Religious Society of Friends, also known as the Quakers or Friends. Traveling throughout Britain at a time of great religious and social upheaval in the wake of the English Protestant Revolt, Fox was often persecuted by the English religious authorities. Frequently imprisoned for his work, Fox formed the Society some time after 1647, when he began his public ministry, preaching in the marketplace and fields and conducting meetings among the Friends.