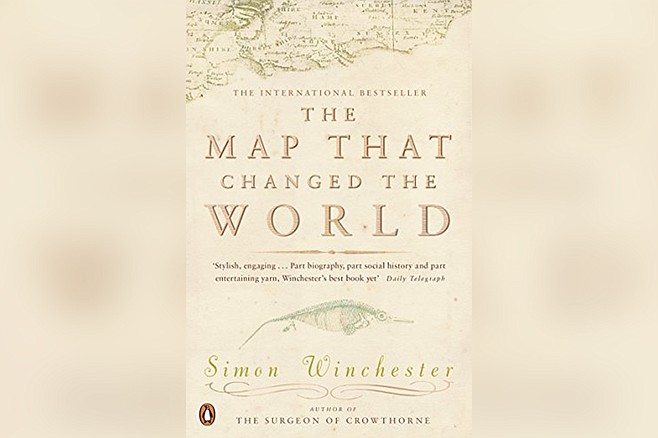 Geologists think about and describe things in terms of “gigannum”

Have you read the Wikipedia article on Dandyism? Certain parallels… Is there a history of Hipsterism? Does society always have one version or another of hipsters? Just Western society or Eastern, too? Are the folks who hang around Shinjuku in Tokyo a version of hipsters? I got there by serendipity while reading Simon Winchester’s The Map That Changed the World, an interesting book if you like geology.

I haven’t read that book, but geology is the hipsterest of the sciences. It would have to be. Geologists think about and describe things in terms of “gigannum” (or “Ga”), which means conceptualizing occurrences billions of years ago in the same way normal people talk about, say, the amount of time elapsed since going to LA last month to see a Fartbarf show and get some fancy tacos.

I’ve also never been to Shinjuku, but are the folks you’re talking about the kind of people totes on trend, defining the scene, and otherwise up on all the things? I bet they are, based on the context of this conversation we’re having here. If that’s the case, then heck yes they’re my Japanese compatriots, my fellow citizens of the borderless hipster nation. If there’s a mainstream culture — be it Japanese, American, or Ancient Mesopotamian — you can bet there’s a class of people paddling against the current.

Although, let us ponder for a moment how you made the intellectual leap, serendipitously or otherwise, from a book about the history of a map about rocks to modern trends in international trendiness. That’s an impressive connection.

To answer your main question, the hipster is more or less eternal, and he has appeared in various incarnations ever since the coolest cavemen distinguished themselves from the troglodyte riff-raff, most of whom were dancing around fires to the beat of a skin drum like it was still 30,000 BC, while the cool cavemen were making bone flutes and composing simple melodies inspired by manic pixie cave girls.

In many respects, the 19th-century dandy served as the hipster of his day. He infuriated the upper crust, who hated his refusal to play by the established rules of polite society. He baffled the commoners, who scorned his refusal to do any honest day’s work for want of time spent not writing poetry and swooning in artists’ salons. Sounds familiar, no?

Last weekend, out of sheer curiosity and partly in the name of science, I drank a Budweiser for the first time in maybe a decade. Can you imagine my surprise when I kind of liked it? Am I straight kicked out of the hipster club now (assuming for the sake of argument I ever belonged)?

Rest easy, brother Steven. It’s a well documented hipster quirk to secretly enjoy the things you frequently and vocally claim to despise — particularly if experienced “in the name of science.” Every hipster has a touch of basic bro inside. It provides a vaguely yin-yang element of tension in the hipster consciousness, and keeps us all more interesting. Even the coolest hipsters have their moments of weakness. I have a dear hipster friend who knows every word of “With Arms Wide Open” by Creed, and I don’t hold it against him.