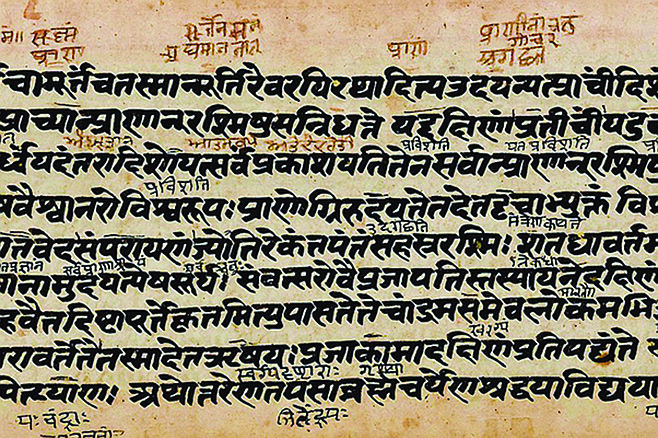 Discussing “Om” and “Moksha” with The Prashna Upanishad

The metaphysical, philosophical, and spiritual

The Lord of Creation, verily, was desirous of creatures. He performed austerity. Having performed austerity, he produces a pair, matter and life, thinking “These two will make creatures for me in manifold ways.” The sun, verily, is life; matter, indeed, is the moon. Matter, verily, is everything here, both what is formed and what is formless. Therefore material form indeed is matter. Now the sun, when it rises, enters the eastern quarter. Thereby it collects the living beings of the east in its rays. When it illumines the southern, the western, the northern, the lower, the upper, the intervening quarters, when it illumines everything thereby, it collects all living beings in its rays. That fire rises as the universal all-formed life. This very [doctrine] has been declared in the verse: [Him] who has all forms, the golden one, all-knowing, The final goal, the only light, heat-giving. The thousand-rayed, the hundredfold revolving, yon sun arises as the life of creatures.

The Prashna Upanishad is one of the ancient Sanskrit scriptures and is written in a catechetical question-and-answer format. The text comprises six questions and their responses, the first three addressing metaphysical questions, the fourth addressing philosophical questions, and the last two discussing, respectively, the spiritual value of the symbolic repetition of the word “Om,” and of “Moksha,” a concept which means liberation or enlightenment.