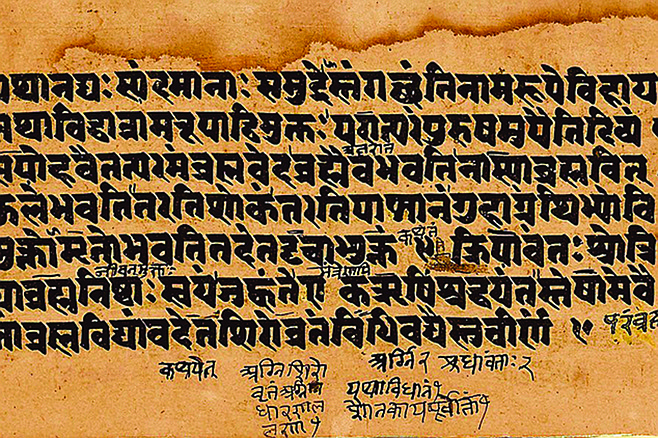 Knowledge alone frees the soul with the Mundaka Upanishad

The Mundaka Upanishad, one of the sacred Sanskrit texts of Hinduism and Buddhism was written in 64 verses in the form of mantras for teaching and meditation purposes. This particular scripture attempts to explain the “Higher Knowledge” and the “Lower Knowledge,” noting that knowledge alone frees the soul, while prayer and gifts to deities are vain and do nothing to alleviate suffering in this life or the next. As the above text indicates, the Mundaka Upanishad declares Brahma the first of gods, the creator of the universe and the embodiment of Brahman, the foundation of all knowledge as ultimate reality, eternal principle, and cosmic soul.