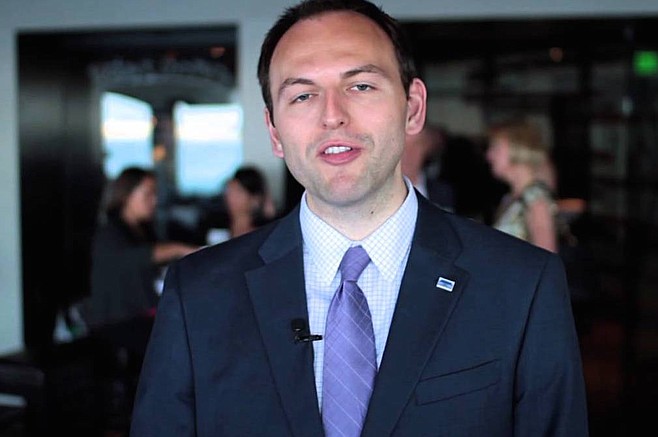 Lame-duck San Diego mayor Kevin Faulconer, his dreams of higher office in 2018 shattered by the flight of the Chargers and the city's tardy response to a homeless Hepatitis B breakout, sought to salvage a sliver of political glory on a February 5, 2019 panel at San Francisco's Commonwealth Club. 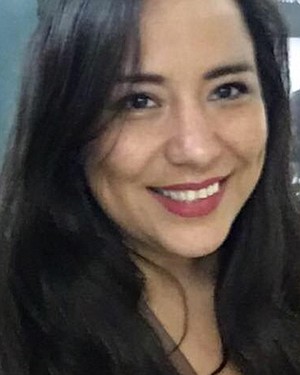 The topic: Republicans in California: Can the GOP survive?

"We have a lot of work to do as a party," Faulconer declared in an appearance light on policy details. "We cannot be a carbon copy of the national GOP, we have to be a California party that is inclusive, that welcomes everybody."

Bashing the California Environmental QualityAct as a hindrance to what he alluded to as his Yes in My Backyard pro-building stance, the mayor went on to proclaim that "climate change is real," while recalling his glory days in 2016, when "I won with 57 percent of the vote" against independent Lori Saldaña and Democrat Ed Harris. 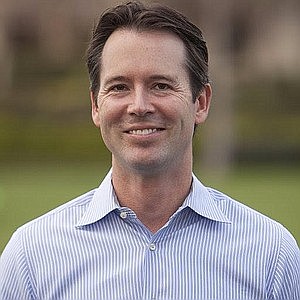 Faulconer's last San Francisco hurrah, at least for the apparent future, was made possible by some of the remaining cash in his once-formidable reelection fund, previously anted-up by development and prison-outsourcing interests he has favored. 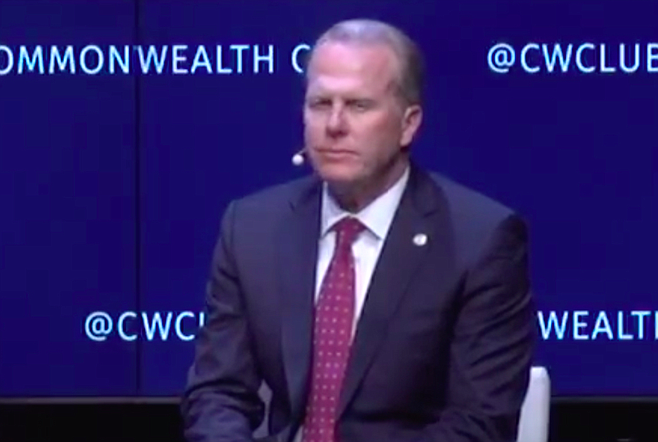 Faulconer at Commonwealth Club: "We have a lot of work to do as a party."

A number of the payments were made from the fund to two Faulconer aides on the city payroll, indicating they were engaged in political work for the mayor. Francis Barraza, the mayor's deputy chief of staff for community engagement, was reimbursed $373 by the mayor's campaign fund for San Francisco lodging during the Commonwealth Club trip, Tuesday, February 5, and got $121 in airfare.

For Faulconer travel to Fresno from Tuesday, May 28 to 30, Barraza got $337 to cover dinner for a Faulconer meeting with unidentified "local leaders." During Monday, June 3 through 4 travels, she got $247 for a dinner meeting for the mayor "with state leaders."

Barraza, Faulconer’s onetime campaign manager, was issued a check for $257 to cover lodging at Sacramento's Governors Inn Hotel from Monday, February 25 through 27, per the filing.

On Tuesday, March 19 through 21, she received $727 to cover lodging at the Sacramento Embassy Suites for "political meetings," the disclosure shows.

Matthew Awbrey, the mayor's chief of civic and external affairs, got in on the campaign payouts, according to the document, receiving $747 worth of airfare and lodging for a Monday, March 4 through 5 "political meeting" in Sacramento.

Other political payments by the mayor's committee went to longtime Faulconer political advisor Revolvis Consulting, which got $786 for "dining" costs and Roe Strategic, run by Revolvis principal Jason Roe,which was paid $278 for internet services.

Meanwhile, termed-out city councilman Mark Kersey, who cut short his putative bid for the state assembly early last year, was another local politico who dipped into political money during the first half of the year.

Rebuild San Diego with Mark Kersey, ostensibly set up by the Republican to "support measures promoting infrastructure enhancements in San Diego," according to its October 8, 2018, initial filing, gave $3125 to Gen Next, described by news accounts as an Orange County-based political think tank.

In addition, $5000 was paid in fees to Remington Research Group, LLC of Kansas City. In 2016, the Republican pollster was virtually alone in predicting a Trump presidential victory.

Can't wait for this lousy tool to get out of local government. #goodriddance

Amen but he will just be replaced by another money sucking pig. Follow the money and you will find who owns and operates the politician. Its all about the money. Of all the cities in San Diego County San Diego City is the most corrupt.