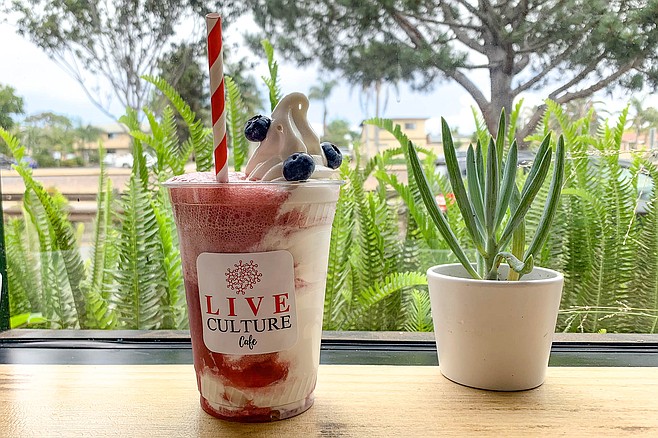 This is probably going to be one of those times people just aren’t going to take my word for it, but it’s got to be said. Kombucha ice cream floats are real, and they’re delicious.

Technically, I’m talking about probiotic boosted, soft serve, frozen yogurt floats made with kombucha, but such details won’t help. Whatever caveats or health benefits I might toss in to fortify my claim, some — probably most — of you reading will write off the concept without ever trying it. I get it. I was skeptical as well. Though I did drive all the way to Leucadia just to try one, I must confess I didn’t expect to finish it. I already had ideas swirling around in my head how I might present the concept of a kombucha float as evidence our left coast booch craze has once and for all jumped the shark. 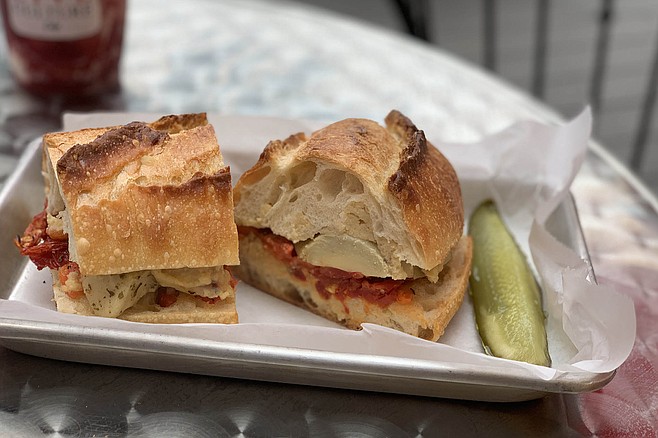 Except, I wound up drinking the whole thing. And while my gut might have enjoyed it most of all, the combination of tart blueberry and sweet vanilla fizzling across my palate is what I’ll mostly remember.

Offering this pleasant surprise is a new counter shop called Live Culture Café where the idea almost seems to have been born of circumstance. This location used to be a soft serve ice cream shop called Yocadia Creamery. I happened to visit within the past year and tried some, and it was fine. Decent soft serve ice cream, but hardly exciting given the proliferation of small batch ice cream and gelato shops we’ve seen in the past couple years. Apparently, a partnership developed with local booch brand Bambucha Kombucha to convert the space into a kombucha bar, one that offers kombucha flights, in addition to toasts and sandwiches made on a terrific three day fermented sourdough from Bread & Cie bakery. 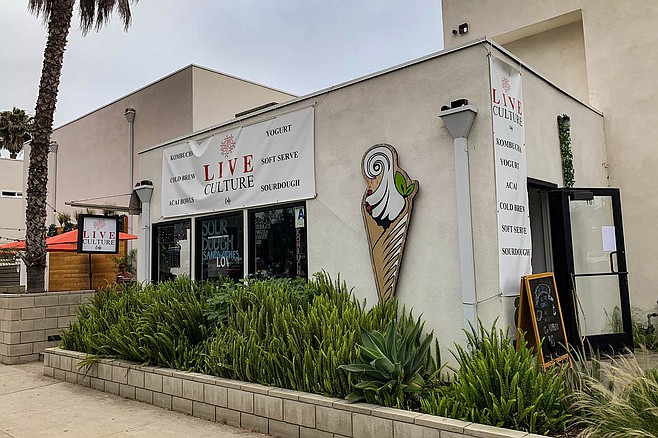 But there was the matter of that soft serve ice cream machine. They use it to serve cones of chocolate and vanilla frozen yogurts, as well as a cultured coconut milk froyo, and açaí kombucha sorbet, both vegan. They also serve bowls of the stuff topped with fresh fruits, granola, nuts, or some combination of items, such as strawberries and almonds with a drizzle of balsamic vinegar reduction.

But the float has to be tried to be believed. You’ll find ginger kombucha floats featuring mango, lemongrass, or hibiscus and rose, but I kept it simple with the top offering: Bambucha’s tart blueberry, vanilla, and almond kombucha with the vanilla soft serve. The cream meets carbonation texture of a traditional float is there. And while the vanilla sweetness cuts through the kombucha acidity, it doesn’t have to much, because it already tastes fairly balanced for booch. A pleasant tingling sensation at the end of each sip offers the best evidence it’s kombucha in the cup, rather than say, a fruit soda.

It drinks like dessert, yet not too heavy, and not overly sweet. It’s summery, and healthy, and would seem to fit Leucadia like a glove. At $4 for twelve ounces, and $5 for sixteen, it’s a low risk discovery and ideal following a beach day at Grandview or Beacons. No kidding.