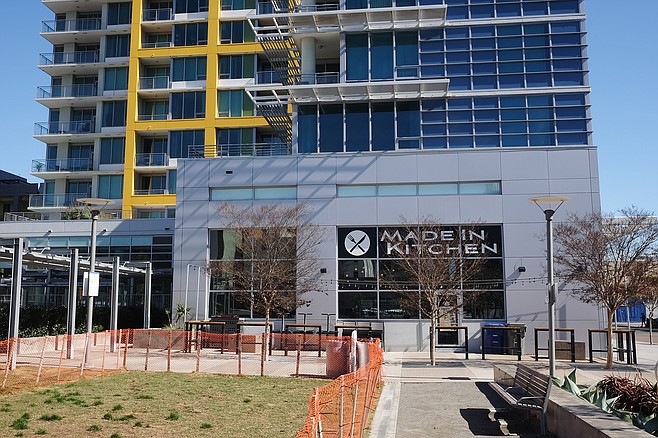 A fault line Made in Kitchen

There are better options within walking distance

The mixed veggies in my curry look right out of a can or freezer bag: identically chopped sections of green beans, cubes of diced carrot, and faded peas. Like the potato chunks, they’re all fairly mushy, but no more so than the cubed chicken. All of it served as vessel for a Thai-style curry that had all the gelatinous appeal of airplane food, and flavor to match. A freshly blanched floret of broccoli garnishing the dish only emphasized how sad it is to eat. 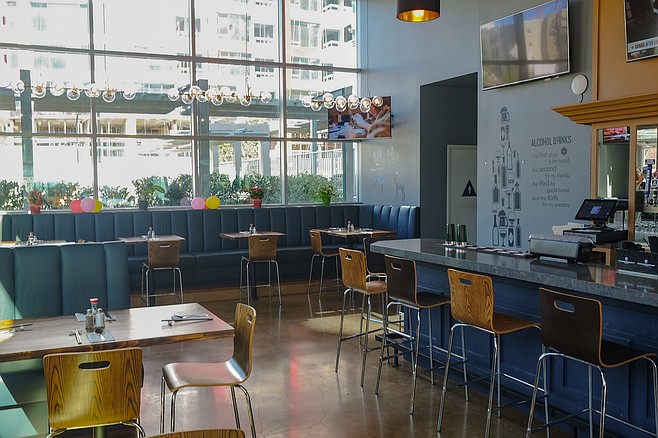 I’m sitting in Made in Kitchen, a perhaps ironically named Asian fusion eatery that opened at the end of last year on the southeast corner of the East Village’s Fault Line Park. It replaced a burger spot here that never got any traction in the year or so it was open. The sharp new construction of the dining room complements the grassy park outside, notable for its artwork of chrome covered blobs and view of the Coronado bridge. Made in Kitchen sits in the base of the yellow skyscraper towering over the park.

Served along with my $10 curry are relatively unadorned mung bean sprouts and black fungus strips, both the sort of thing that come in bulk, stuffed into large plastic bags that cost next to nothing, for a reason. If you served these on a plane, passengers who’ve put up with shrinking legroom, baggage limits, carry-on fees would finally decide airlines had gone too far. 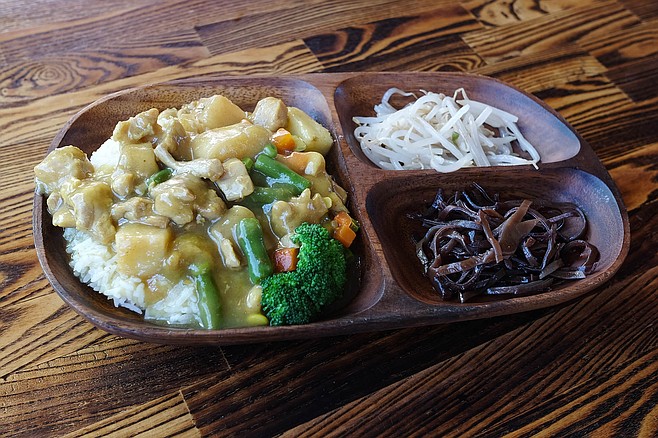 Except for the wooden tray and side dishes, it could be airline food.

I’m not enjoying any of this, so I focus on an $8 order xiao-mian noodles. They’re a decent brand of ramen noodles swimming in a thin, peppery broth, topped by a couple stalks of bok choy. The Chinese noodle dish, traditionally served for breakfast, is bland but not bad. The bok choy helps, but I don't see a lot going on here, especially knowing I can walk a few blocks and get fresher noodles in rich tonkotsu pork broth served with protein and bok choy for only a couple dollars more. 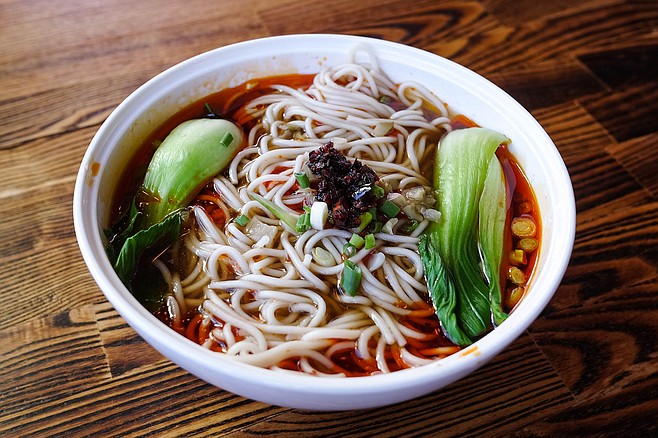 The red broth containing these noodles is not as flavorful and spicy as it looks.

To be fair, I’m ordering from the lunch menu, which tops out around $12. Things range up into the mid-twenties on the dinner menu, and I can only hope there are better ingredients and effort put into evening service. Otherwise, I’m already wondering what the next restaurant here will be called.