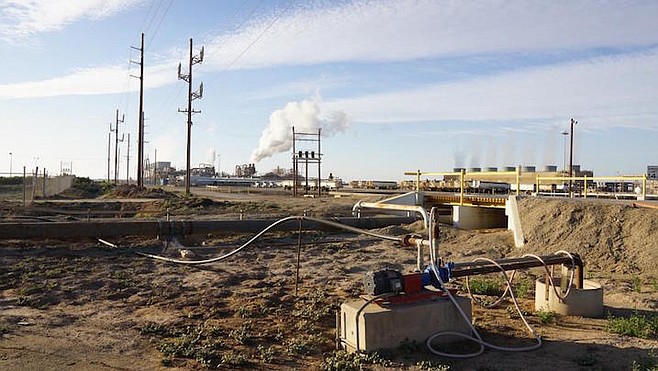 Lithium in the geothermal brine – if they can only extract it

Richard Snow may live in Spring Valley, but he has owned property near the Salton Sea since the early 90s. What initially drew him to the area was flight. He was part of a small crew of enthusiasts that would fly ultralight aircraft in the region. The ultralights that they operated are primarily classified as being 254 pounds or less and having a maximum fuel capacity of five gallons. Many appear more akin to motorized hang gliders than traditional aircraft. 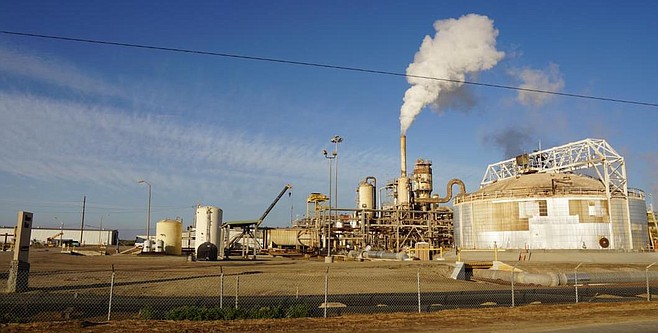 The power plants operate by converting hot brine into steam.

“My first time there was in 1989,” Snow explained. “I remember that because that’s where I got flying lessons. We’ve flown all the way around the [Salton] Sea many times. Up to Chiriaco Summit which is up on Interstate 10, and around the other side to Bombay Beach. We’d land at Calipatria. We’d land in Slab City. We’d land there in Salton City in a parking lot for the Blu-In and go in and have the lunch. The Blu-In is still there.”

He continued, “Only two guys flew across the sea. There was always this thing like ‘If you had an engine out going over the sea that’s obviously not a good thing to do.’ But they made it over.” 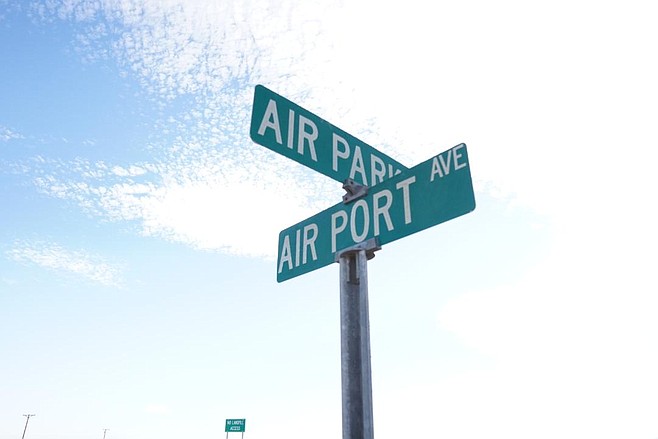 The Salton Sea airport may be used by the Navy as an emergency divert runway.

The property that Snow purchased is near the same small airstrip (the Salton Sea Airport) that he would fly out of. A friend of his turned him onto local tax-auctions in the early 90s, and Snow ended up purchasing some lots. “The cheapest was 25 dollars and they ran up to probably $100-125 at the auction,” he said. It is undeveloped land that he has paid property tax on for a couple of decades now. Because he owns nearby property, earlier this fall he received notice of a meeting regarding the drilling of test wells near the airport. Out of concern for the airport, Snow and his wife drove east and attended the meeting.

“I did raise my hand and they had me go up to the microphone and I said, ‘Worst case scenario, if any of these proposals are accomplished would the airport be in jeopardy?’ They said no. But you don’t know. They can always change their mind,” Snow said.

According to Ryan Kelley, the Imperial County District 4 supervisor, the airport should stay untouched.

“If they did any wells there, they would be piped away and a facility would not be on the airport property,” he said.

The airstrip is tiny. So much so, that’s it’s tough to even spot it from nearby Highway 86. The protections being afforded to this facility seem unusual, until you realize that it serves a potentially vital role for the U.S. Navy. Their official stance is that “The Salton Sea airport (KSAS) may be used by NAFEC as an emergency divert runway if recovery to NAF El Centro, 35 miles away, is not possible.”

So, the airport appears to be safe, now the next question: What are they drilling those test wells for? In this day and age, the obvious answer would seem to be a fracking operation to extract natural gas. Wrong. Geothermal energy is the end-goal here. The southeastern side of the Salton Sea already has eleven geothermal plants in operation, and these test wells could potentially be the first step to future power plants opening in the western, Truckhaven region.

Being that all of these power plants are in the middle of a desert, it’s no surprise that water is the primary issue holding up the development of facilities in Truckhaven. The power plants operate by converting hot brine that is pumped from one or two miles beneath the Earth’s surface into steam. Once the steam is utilized to create electricity it needs to be cooled and converted back into water before it is sent back beneath the Earth’s surface so the process can repeat indefinitely. Cool water from an outside source is necessary to cool the steam. The plants on the eastern side of the Salton Sea use Colorado River water from irrigation canals that were designed for agricultural operations. The Truckhaven region doesn’t have this luxury.

“Yeah, it’s an issue that has to be addressed for development on the west shore side, Kelley said. “The resource isn’t as concentrated as it is on the south end of the sea. Coachella Valley Water Authority supplies water to the Salton Sea area, so there would be a way to continue the advance of water towards a power plant if they did that—at a cost I’m sure.”

Even though there are hurdles, both Kelley and William Pettitt, the executive director of the Geothermal Resources Council, seem quite optimistic about the future potential for geothermal energy in this region.

“The Imperial Valley and Salton Sea, that area is a huge geothermal resource,” Pettitt said. “It has huge potential in the future for supplying power and should be a large component of California’s electricity demand in the future. There’s a big potential there. That obviously leads to huge benefits for the local economy. Geothermal is a really good power source in terms of providing good, stable jobs for folks that work in it. And, obviously, it has a large amount of support from companies around it that would all feed into the economy.”

Kelley, who oversees the daily economy of the region, echoed Pettitt’s views on job creation. He also lamented the fact that Tesla decided to open their Gigafactory for lithium-ion battery and vehicle sub-assembly in Sparks, Nevada (near Reno) as opposed to in his district. There is lithium in the geothermal brine that reaches the surface during the mining process, but the technology to extract it from that brine (while still turning a profit) has yet to be developed. Kelley added that the area near Reno that Tesla chose has “open ground, hard-rock” traditional lithium mining, and that’s likely why they were selected.

But if the puzzle that is extracting lithium from geothermal brine in a cost-effective fashion can be solved, the Imperial Valley may transform into a mining super-power.

“There are companies now exploring that and trying to bring that lithium recovery into part of their business model,” Pettitt explained. “On some estimates, the Salton Sea region alone could provide, I believe, two-thirds of the lithium demand in 2025 (worldwide) if the engineering for recovering that lithium was successfully implemented. That brings in a lot of real interest because if you are recovering the lithium in that area you can also bring in battery manufacturers into the equation as well as electric vehicle manufacturers. You could really change the economy down there in a big way if that lithium resource started to be developed forever.”

Kelley has the same hope.

“We still believe that the mineral extraction from geothermal brine will change the economic future of this valley,” he said.

Meanwhile the once glorious Salton Sea continues to dry up … and water is essential to these projects. After half a century of neglect and broken promises maybe it's time to bring in water.

There are two ways: The Colorado river, of course, whose water is already spoken for. And the Sea of Cortez (Gulf of California). The Salton Sea is far below sea level and a canal from the Gulf could quickly fill it to any desired level while freshening it and possibly generating hydroelectric power that could desalinate some of the incoming water.

Water is the lifeblood of the Imperial Valley and Mexicali, and important to geothermal and lithium processing too. It is abundantly available from the Gulf.

Sonny Bono floated this idea probably close to 30 years ago. At that time, the construction costs alone were estimated to be in the $3-$5 Billion range. And then there is the issue of convincing Mexico to give us the land needed to dig the canal so we can steal water from the Sea of Cortez and boost our own economics at their expense. I mean yeah, sure, like that's gonna happen. In fact, I've read of this idea going all the way back to the '70's Here is an idea. Flood maps show that a sea level rise of just under 10 meters will take care of the problem. That level would move water all along the path up thru Mexicali, into El Centro and all the way to Indio. Of course, it will all be under water, but hey, it won't cost a thing.

Nothing will happen and nothing will change. The sea is dead and is being used as an endless government funded study.

Drain, fill it full of rocks and dirt, and construct a new REAL airport. Coachella Valley will eventually outgrow the Palm Springs Airport.

Water and energy are prime resources for productive land. The canal will make both abundant in the area. Imperial Valley, Arizona, Mexico and more will benefit economically. Farming is already productive and more water will allow more farming. In addition to geothermal energy, there is solar and wind available at ever decreasing costs. Sea water can be desalinated for many uses. The cost of a properly engineered canal and a barrier against a rising ocean that benefits such a wide area is trivial and essential. Even the Green people will welcome the greening of Imperial valley.

Meanwhile, poor folks in SoCal can buy an affordable home in Salton City as the infrastructure improves. The downside: endangered gila monsters may perish along with some rattlesnakes and scorpions.

Also the "end-of-the-roaders" will be unhappy if people start moving into the area.

Oh boo hoo. They can find another abandoned area to set up their squatters site.