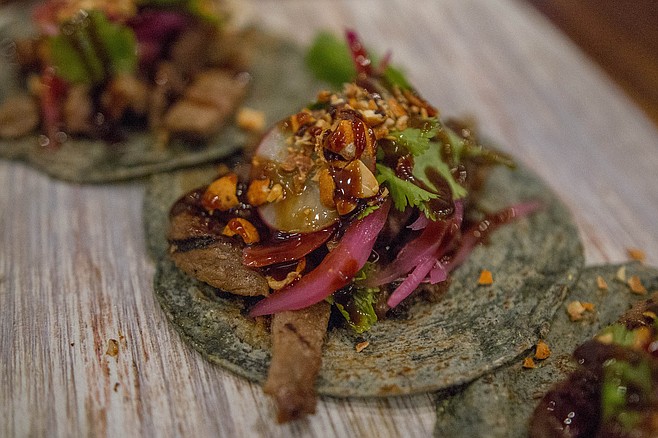 Beloved Tijuana restaurant is back with Baja-inspired favorites, old and new

A feather in Tijuana’s culinary cap since it opened in 2013, farm to table restaurant Verde y Crema closed the doors of its site near the Club Campestre de Tijuana golf course in mid-2018, offering little public explanation but promising to return at a different location. 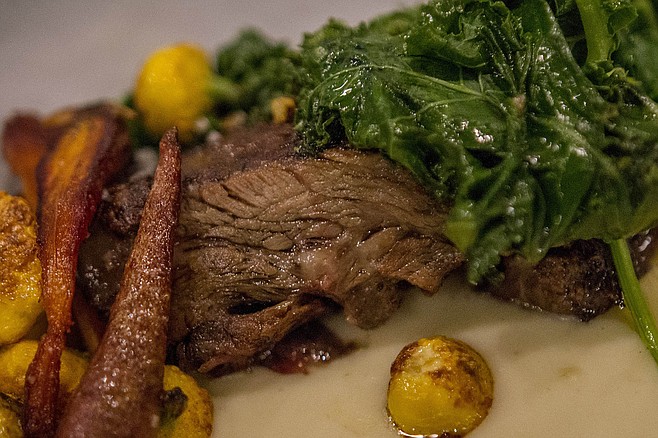 Short rib, braised 13 hours and served with squash and kale

It finally did so this month, opening its doors two miles north, in a part of town that will be much more familiar to tourists: Zona Centro, specifically, a busy corner of Avenida Revolución (Avenida Revolución 1010, Zona Centro, Tijuana). The newly returned restaurant and bar spans the second and third floors of a modern building at the intersection of Calle Cuarta, sporting multiple small patios with a view of its bustling new neighborhood. It’s quite easy to spot, thanks to bright green accent lighting and large vertical sign, spelling out its name in matching, backlit letters. 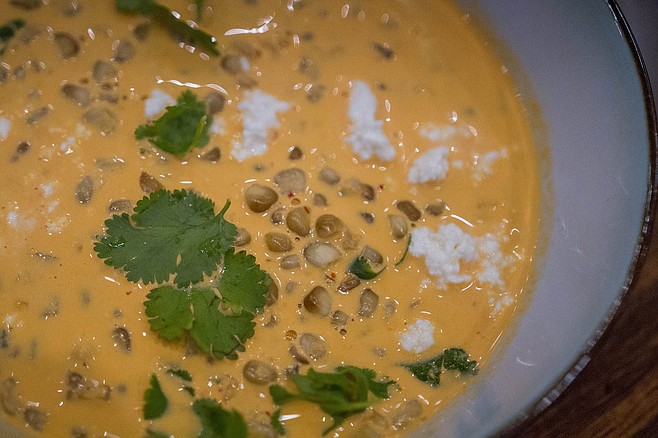 That name, originally borrowed from the Tijuana bus lines and the taxi (and the bus driver union next to the original restaurant), travels to La Revu mainly as an expression of quality established by the restaurant’s founder, celebrated Mexican chef Jair Tellez. Like his restaurants in Mexico City and Valle de Guadalupe, Verde y Crema received universal praise renowned for great service and the excellent dishes turned out by its olive-wood-burning kitchen, made to feature high quality ingredients raised in Baja, California, whether meat, produce, or seafood. 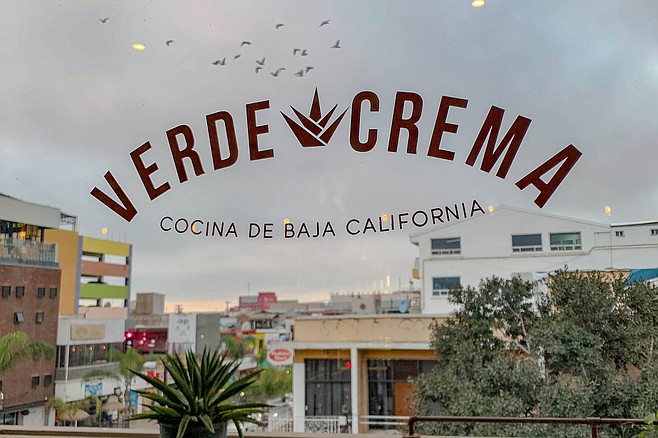 The new property’s atmosphere may not match that of the original’s: which boasted an artistically rendered storefront and a splendid covered dining patio framed by lush green vines. But it succeeds in feeling sheltered from the more manic energies coursing along the street outside, and even from the dance club next door. And, the young location’s plants are growing. 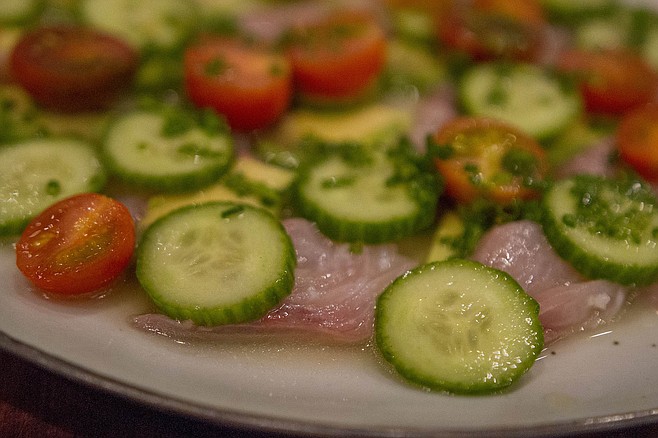 There’s no question the kitchen has picked up where its predecessor left off, returning a menu stocked with old Verde y Crema favorites. It may be a case of absence making the heart grow fonder, but the trio of tacos coreanos (Korean tacos: 240MXN, ~$13) tasted better than I remember. Verde y Creams’ signature blue corn tortillas are topped with strips of grilled ribeye, and dressed with kimchi, hoisin and cacahuates japoneses (so-called Japanese peanuts, a Mexican snack invented by a Japanese immigrant wherein the nuts are coated with a soy sauce flavored, cracker shell). In the best way, the ribeye tastes like backyard barbecue, and the fusion of Asian and Mexican flavors, including the nutty crunch, are reason enough to make reservations (though, we were able to talk the newly trained staff into letting us order at the more casual third-floor bar, which pours plenty of beers from both sides of the border). 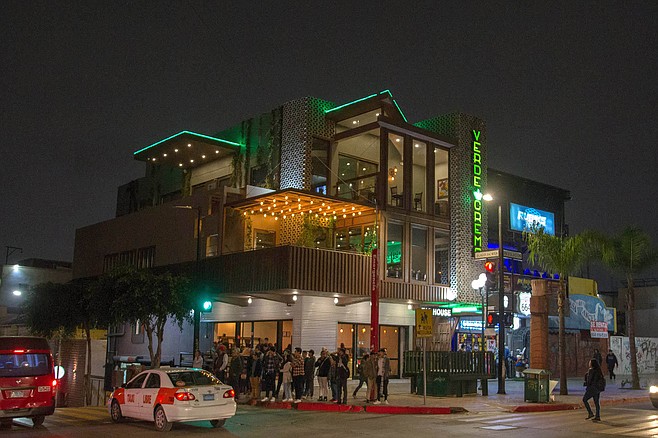 Also a pleasure to revisit was the tiradito, made this day with jurel (195MXN, ~$10), the raw mackerel coated in olive oil with avocado slices, cucumbers, and cherry tomatoes, which help diminish its own oily, fishy nature to result in a surprisingly restrained crudo. 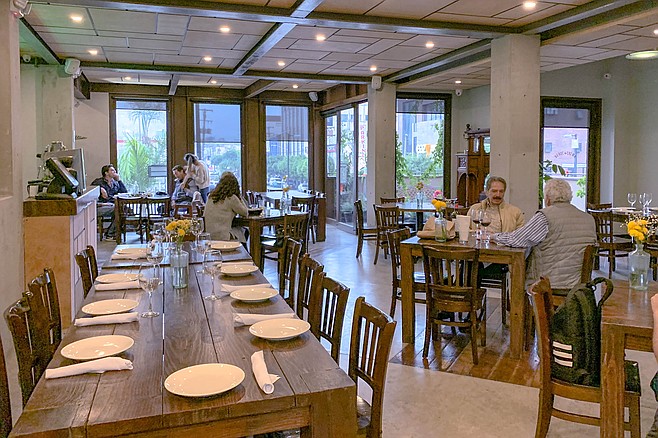 The most satisfying plate on our table may have been the savory and lightly spicy Costilla braseada (braised short rib, 380MXN, ~$20), slow-cooked for 13 hours with and served with roasted carrots, pattypan squash, and kale. But the dish I’ve been thinking about most is the appetizer, esquites Verde y Crema (195MXN, ~$10). Here, kernels of smoked corn swim in a tiger milk-like guajillo and pequin pepper sauce with panela cheese and cilantro. The browned kernels have a nutty corn flavor and the nuggety texture of cooked farro, brightened by the creamy, and spicy sauce, really more like a cool chili chowder.

You won’t often catch me claiming a restaurant served me any best dish of my life, but there’s no equivocation here: this was the best corn dish I’ve ever sunk my teeth into. So, yeah, I guess I’m pretty happy that Verde y Crema is back.