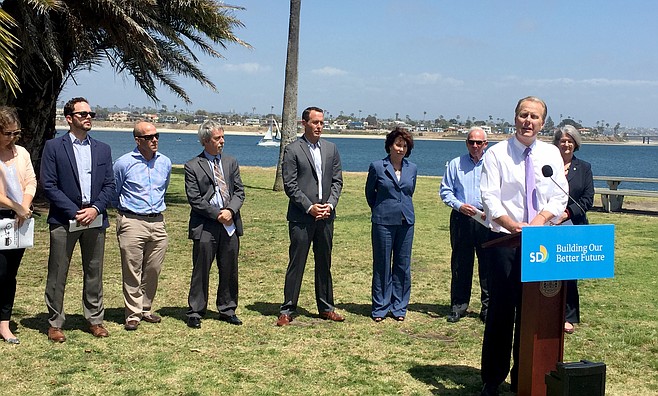 As local utility rates soared, the rush to dump San Diego Gas & Electric as the area's sole energy distributor grew into a political frenzy, capped by the October 2018 acquiescence of San Diego mayor Kevin Faulconer, whose public career has long benefited from financial support from SDG&E and parent Sempra Energy. 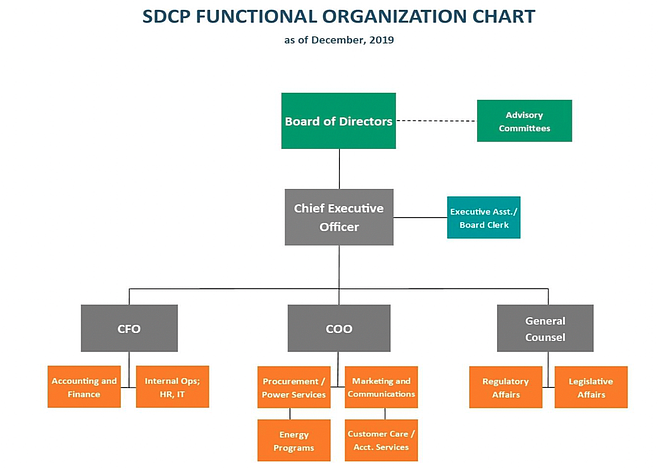 Chart showing executives to be hired

"San Diego can become a greener city, while at the same time lowering costs for our ratepayers," said the self-styled Republican moderate announcing his blessing for a government-run alternative power utility. "The bottom line is that we are creating a fair and open marketplace."

But does sticker shock await those entrusting their hopes for rate relief to so-called community choice aggregation, requiring the creation of yet another government agency, complete with high-end staffers and well-paid consultants?

So say skeptics, pointing to the benighted history of similar governmental entities including the San Diego Association of Governments and Civic San Diego morphing into political footballs and unaccountable black holes of public spending.

A December 9 staff report to the board of the newly constituted San Diego Community Power – a so-called Joint Powers Authority governed by five local politicos, including San Diego city councilwomen Monica Montgomery – reveals plans to ramp up staff and spending in the coming year quickly.

As outlined in an organization chart presented with the plan, a raft of executives, including a chief executive officer, chief operating officer, and chief financial officer, along with general counsel, will be necessary to run the show.

"At the outset, it is assumed that [San Diego Community Power] will hire approximately 15-20 staff members," says a footnote, "growing to [approximately] 40 once key functions are brought in-house."

The document adds that "most of the functions will be staffed/supported by external vendors until [San Diego Community Power] hires its own staff and transitions into full operations."

Finding a CEO will cost at least $25,000 for a corporate head-hunter, the report continues, with job posting and open recruitment to begin in February, says an accompanying timeline.

The new arrangements will "allow better reflections of community interests and values than can be achieved through an investor-owned utility," says a business plan for the venture released in June by the city. The agency "will be committed to providing opportunities for citizens to provide input into its programs and policies," the study promised.

But based on the track record of similar agencies around the state, the price could be steep. "Pre-launch funding requirements," according to the city's business plan, ranged from between $2 million to $5 million in Marin County to $10 million to $12 million in San Mateo County.

In the case of the latter, the agency has "obtained a $12 million loan with Barclay and almost $9 million with the county of San Mateo for start-up costs and collateral."

Whatever the savings, if any, will be eaten up by overpaid political hacks appointed to lofty do nothing positions.