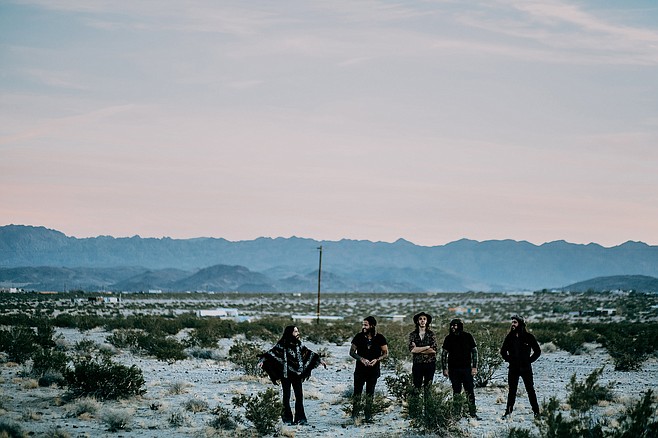 Creature & the Woods chooses Joshua Tree as their spiritual destination

“Although we recorded the music in Joshua Tree, it wasn’t written about the area necessarily,” says guitarist-singer Daniel Cervantes of the upcoming Creature and the Woods EP. “Some seeds of these songs are grown by Roger [Molina, singer] and his family in the backyard in Lakeside, one in the early morning hours of Otay, pounding away on a Rhodes together.”

“The idea to record this record came from Roger, he wanted to get the band away for a weekend, from daily distractions to create together, hang together, and be a band together. Very much in that spirit of The Band in Woodstock or the Rolling Stones shacking up at Nellcôte in the South of France, we chose Joshua Tree as our spiritual destination. Our good friend and engineering wiz Jordan Andreen joined us hauling a tape machine, one of two actually that came into use. We rented an air Bnb called the Eagle Om Ranch, fully disclosed the intent of recording a record there, and the dude was stoked to have the band and we were stoked to be there. Heavy vibe upon entry that resonated the whole time. Although four songs made the cut, we actually recorded several others that we saved to revisit another day. Maybe our own Basement Tapes cuts to later release.”

What is it about the area that attracts so many creatives? "Something in the sand maybe. Joshua Tree has an energy there that inspires. Isolation and terrain, makes you feel like you're on Mars or something. It’s weird, and creative people and artists tend to attract to the weird. But then again, so does my mom, who is not weird."

Joshua Tree tracks such as “Golden Coins” soar when the members are gathered at once around the mic. “We all love to sing, we can each lead on our own so, when we get together, our voices just fall into place. We’re fans of classic vocal groups like CSNY, the Eagles, to more modern like Fleet Foxes. The way that sound is produced is together, blending the voices around a single mic. It’s pure.” 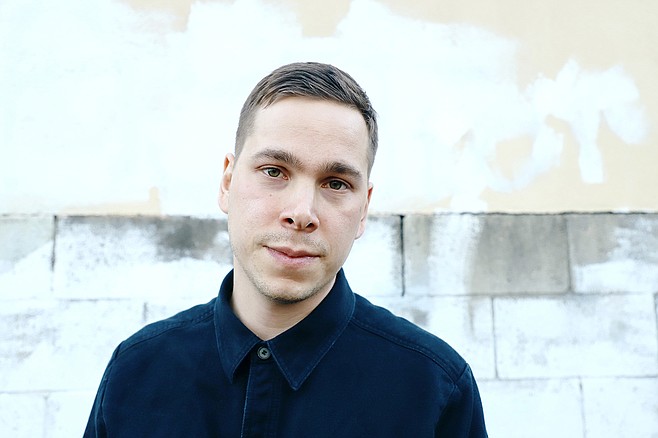 A vinyl edition of the Joshua Tree EP debuts on Record Store Day, April 13, at Vinyl Junkies, where Cervantes will also premier the first book on his Blind Owl Records label, a collection of poetry and narrative prose by Noah Lekas called Saturday Night Sage. “Noah’s book was certainly the beginning of branching out into the literary world. He had the idea, and it seemed natural to go forward with publishing it under the Blind Owl wing. We’ve published music on the label, so the book didn’t seem like a stretch.”

"I met Noah four years ago through Chad Lee, both of them play together in the Silent Comedy. The first project we worked on together was the liner notes for Mrs. Henry Vol. II. We're both fans of liner notes, a lost art that we appreciate and seek to revive...Creature loved what he wrote and asked him to write liner notes for Joshua Tree. Noah had the book idea for Saturday Night Sage in his pocket, he had the 42 poems that made up the book pretty much finished when I came into the picture. He sent me a few pieces and I was hooked."

Musicians and filmmakers who’ve created audio and visual pieces inspired by poems from the book include Joshua and Jeremiah Zimmerman of the Silent Comedy and others. “The films all feature spoken word readings from Noah with musical accompaniment from the likes of myself, Ben Ambrosini from Taken By Canadians, and the fellas from Mrs. Henry.”

The April 13 release party will include a Creature performance and readings from the book by Lekas. As for future Blind Owl plans, “Many releases on the horizon, two albums by our local hero Mike Pope that we’re very excited about, The Ripening and Songs for People High and Low. Mrs. Henry’s four vinyl record set of The Last Waltz is out by summer, the first record by Drug Hunt, formerly Bad Vibes, in July, Jesse Lee & His Apologies LP will be out this year, and 45s by Taken By Canadians, Creature and the Woods, and Mrs. Henry all coming out this summer.”