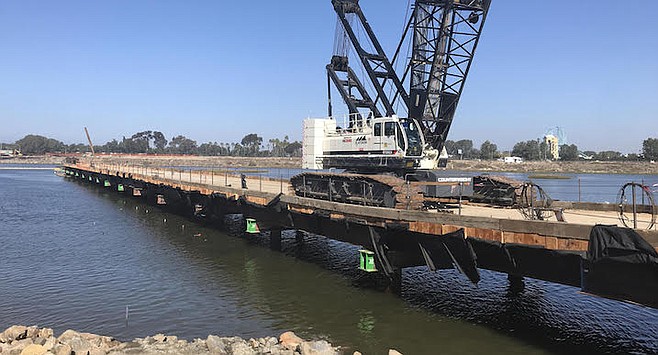 So much for riding bike along the river

Recently, cyclists that bike along the southside embankment of the San Diego River — stopped cycling by the West Mission Bay Drive exit (off of the I-8 exit) — because of a “BIKE LANE CLOSED AHEAD” sign on the eastside of the bridge. 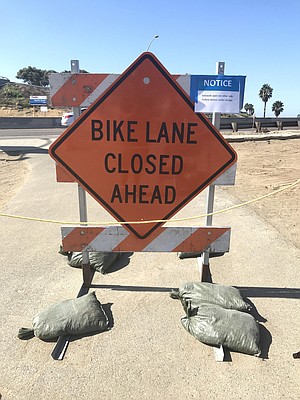 Cyclists that bike along the southside embankment of the San Diego River have stopped because of the sign.

“I thought that that was going to be closed down constantly,” said Todd, owner of Top Jolt Cycle on Cable Street in Ocean Beach. “I changed my running area and I stay away from it right now.”

What some cyclists don’t see is that there’s a small 11.5″ by 8″ sign taped on the construction sign that reads “Sidewalk open on other side — Follow detour under bridge.” 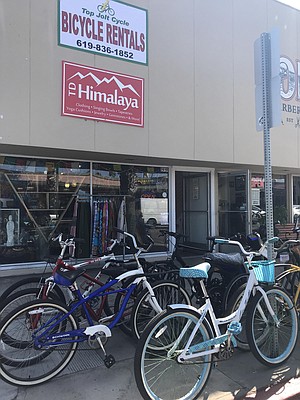 Todd, owner of Top Jolt Cycle: “I changed my running area and I stay away from it right now.”

The massive construction site of the new bridge and moving heavy equipment on the right side of the freeway exit intimidate certain cyclists. Especially those who trek the six-to-seven mile trail that starts at the Ocean Beach Bike Path on Voltaire Street and goes to Mission Valley.

According to the city website, the West Mission Bay Drive Bridge Replacement Project will replace the existing four-lane bridge with two separate three-lane structures across the San Diego River. 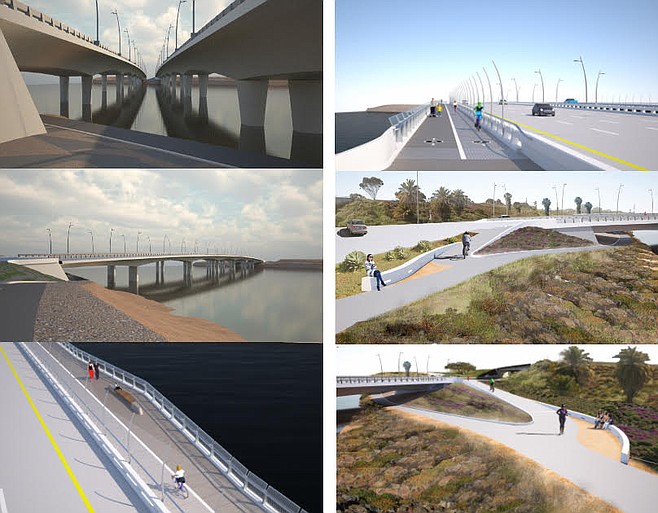 The improvements include a class 1 bike path on both bridges; roadway widening and improvements along Sports Arena Boulevard, West Mission Bay Drive and the westbound I-8 off-ramp; additional architectural features and environmental mitigation.

After I spoke to Todd on October 24, I drove to Robb Field Skate Park which overlooks the San Diego River — and walked the bike trail inland towards the Sunset Cliffs Boulevard bridge, then towards the West Mission Bay Drive bridge. I saw one cyclist, fishermen down below by the rocks, a rollerblader and a couple of walkers and joggers.

“They keep the bike path open as much as they can,” Todd said.

Four days earlier, as I strolled by the construction site, I was passed by about 20 cyclists going westbound and then underneath the old bridge.

The new West Mission Bay Drive bridges are slated to be completed by 2022.