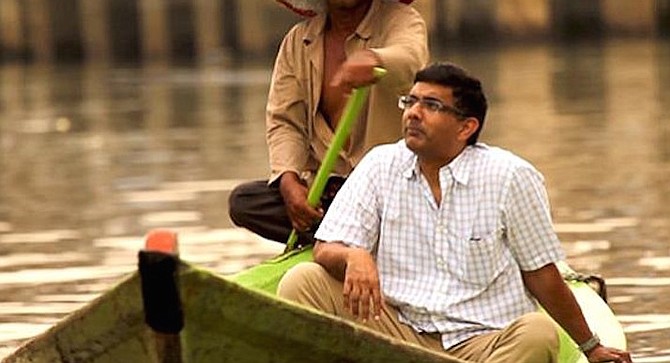 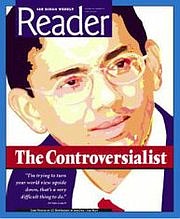 “He was treated very unfairly by our government,” Trump tweeted today. D’Souza had been sentenced to five years of probation including eight months in a halfway house. He was fined $30,000. The White House said this was “selective prosecution."

In a tweet, D’Souza said, “[President Barack] Obama & his stooges tried to extinguish my American dream & destroy my faith in America.” He thanked Trump for “restoring” his dream and faith in the country.

Conservative Sen. Ted Cruz of Texas is said to have played a major role in pushing for D’Souzas’s pardon, according to CNN.

“He was treated very unfairly by our government,” Trump tweeted today. D’Souza had been sentenced to five years of probation including eight months in a halfway house. He was fined $30,000. The White House said this was “selective prosecution."

In a tweet, D’Souza said, “[President Barack] Obama & his stooges tried to extinguish my American dream & destroy my faith in America.” He thanked Trump for “restoring” his dream and faith in the country.

Conservative Sen. Ted Cruz of Texas is said to have played a major role in pushing for D’Souzas’s pardon, according to CNN.

“Anger, fear, aggression. The dark side are they.”
Next Article

Truck drivers at U.S. border lose visas because of stowaways

Customs tells them to come back in 11 months

I'm sure everyone who pleads guilty to a crime feels they've been "treated very unfairly by our government."

I'm also sure that this kind of validation will only embolden someone who is as reality challenged and reckless as D'Souza to go on to commit more crimes.

"Denialesh" better make sure they're federal in nature and committed quickly, if he expects Donnie The Don to bail him out again

Cassander: I don't like Trump's pardoning pattern: Scooter Libby, Joe Arpaio. This appears to be politicizing the pardon power. He is thinking of pardoning Martha Stewart, who lied to government officials. Is he sending messages to Manaford, Flynn, others? Best, Don Bauder

Agreed. That's why I called him "Donnie The Don," as his behavior is that of a mafia capo. He's unbefitting any elected office, least of all the presidency.

Cassander: Oh yes, many in the know have compared Trump to Mafia dons. Mueller may be looking into that angle. That's not just because Trump is a dictator. You can't be in New York City construction without cozying up to the mob. You can't own Atlantic City casinos without being a buddy of the mob. And there are many other connections, such as his former lawyer, the late Roy Cohn. Best, Don Bauder

Practice and preparation for his last performance - greedy grasp at his own pardon plus certain close family members. Worthless smoke and mirrors, watch for an exceptional egress, maybe by this summer, Bye DJT.

shirleyberan: Some think that is possible. Best, Don Bauder

Kleptocracy - (is real) government by those who are strong enough to seize power through coercive power, social persuasion or deceptive cunning.

Prosecution - "The act of officially accusing someone of committing an illegal act, especially by bringing a case against that person in a court of law."

shirleyberan: The word "kleptocracy" was termed not long ago. It is mainly used to describe countries like Russia. Best, Don Bauder

dwbat: Are you wishing for something? Best, Don Bauder

dwbat: On Saturday. June 2, the White House lawyers sent a long letter to Mueller, basically saying that Trump cannot be called to testify under a grand jury. Nixon and Bill Clinton tried similar strategies and they were thumbed down by the. Supreme Court. But will this court be objective? Best, Don Bauder

Emma Richmond: D'Souza has a right to say what he likes, unless it is legally defamatory. He has made a lot of money with his hate screeds. He will continue issuing them. Best, Don Bauder

Was watching MSNBC when they talked about Trump lawyers 20 pages of fresh pooh thrown against a wall to see what sticks. While he holds the 'get out of jail free' cards, rule of law does also apply to the president and bribery is an impeachable offense. Obstruction seems clear. He is commander in chief of the military, not the country autocrat. An interview with Harvard law professor Laurence Tribe recalls Supreme Court precedent cases of those two former presidents as likely already a paved road to prosecution of POTUS. "To End A Presidency: The Power of Impeachment" book co-authored by Tribe.

shirleyberan: I saw the Tribe interview on MSNBC. It was classic. Best, Don Bauder

Trump is proof that there is no limit to the American voters stupidity. We deserve the government we vote for so, collectively, we deserve what we are getting. We will somehow survive but it may take generations to recover from the Trump administration.

AlexClarke: We are all living in a time when the U.S. electorate will go down in history. Of course, it depends on whether Clapper is right -- that Russian interference actually swung the election to Trump. Best, Don Bauder

Even if it is proved that Russia did swing the election to Trump and even if the Muller probe produces evidence that Trump and his minions colluded and are corrupt to the core the Republicans are more interested in tribalism than doing what is in the best interest of the American people. Facts no longer matter to conservatives. There is no center just extreme left and extreme right.

AlexClarke: I don't believe there is "no center," but you are correct in observing that the gap between left and right in the U.S. and in Europe has seldom been so wide. Best, Don Bauder

There are mountains of evidence even already in the public eye to bring down Trump, his family and his entire administration.

The latest is a detailed analysis of the publicly known evidence against Manafort that clearly shows conspiracy and collusion with Russian Oligarchs tied to Putin and Russian intelligence. And, Manafort's bail was just revoked and he was sent to prison awaiting trial for witness tampering and trying to get their stories straight,

Federal Prosecutors think that a few weeks in a hard core prison will have Manfort throwing in the towel, making a deal to turn/testify against Trump and others.

Other experts say Trump, his lawyers and surrogates are signalling to Manafort and others by Pardons of others and loose talk on TV shows that if they keep their mouths shut, then they might get Pardons...Rudy G has been a complete imbecile in blabbing this all over and, in my opinion, may have crossed over the line and put himself in legal jeapardy also...