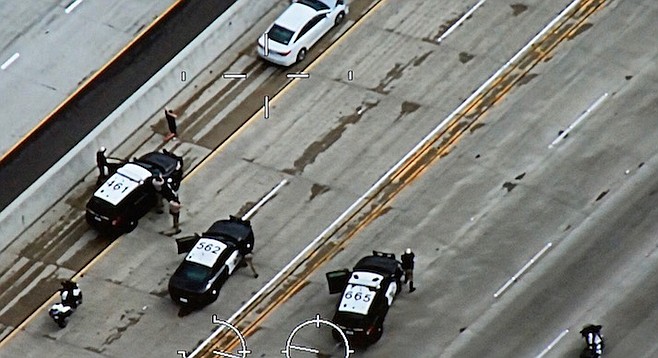 Hyundai out raced police copter on I-15 shoulders

A mis-trial was declared this morning in the case against Eric Wilkes Durland, 27, who was accused of seriously injuring a woman when he crashed into her car while evading police, four months ago.

Force of the collision drove victim's head into the roof of her car.

Defense attorney Brian Dooley informed the judge today, June 6, that he suspected his client was not mentally competent to assist in his own defense. Judge Blaine Bowman immediately suspended all criminal action and set a date for a mental evaluation of the defendant. 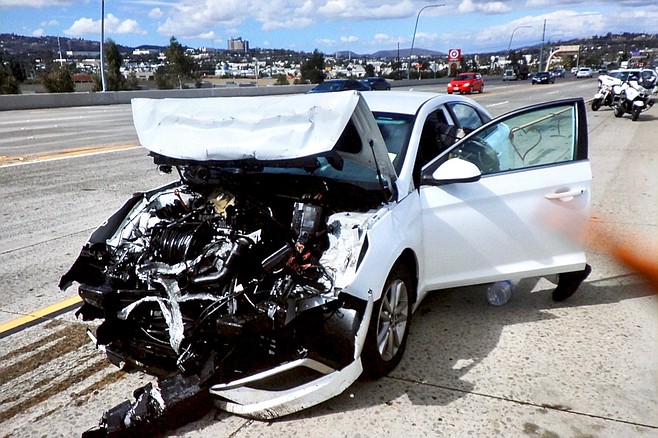 A jury of six men and six women was seated two days ago. They have heard testimony and saw evidence of a police pursuit on the 15 freeway in Northern San Diego County which reached over 130 mph, on February 21. 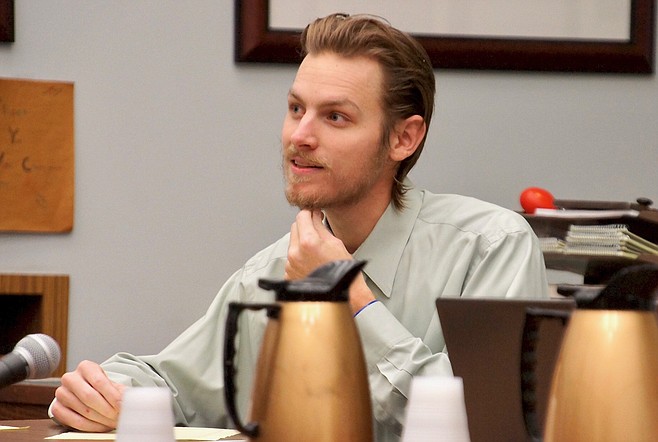 Judge set a date for a mental evaluation of Eric Durland.

California Highway Patrol officers testified that it was mid-day when the white Hyundai sedan driven by Durland rear-ended a dark Honda Accord on the 15 freeway near the Escondido area.

Officer Elias Rodriguez said he was overhead in one of the police helicopters called ABLE, AirBorne Law Enforcement. “I heard a call for air support unit.” He said of the specialized helicopter, “We have four.”

Officer Rodriguez said the copter was used in the pursuit of the fugitive vehicle because the Hyundai was outrunning ground vehicles.

“The vehicle was traveling on right and left shoulders, clearly faster than the speed of traffic,” the officer testified. “We tracked the vehicle, I put out updated intersections of the cross streets for other units coordinating spike strips.”

The alleged victim testified that her seatbelt did not lock, and the force of the collision drove her head into the roof of her car. She said her skull fractured around her right eye socket. She lost use of that eye for about a month, but she is slowly healing, the woman testified. She said she can use that eye somewhat now, although the muscles around that eye become tired and droop.

Wasn't another trial in Bowman's court similarly delayed on Monday? Defense attorneys will do anything to delay justice, especially when they have a case that cannot be defended at all.

The so-called mentally ill should be locked up.

Based on statements by attorneys when the jury was not in the room, it seemed like Eric Durland was planning on taking the witness stand in his own defense. But then the alleged victim testified, and the emotional atmosphere of the trial changed. The injured woman became tearful at one point, she was clearly struggling with her painful injury. And first thing the next morning, defense went to a mental competency claim. 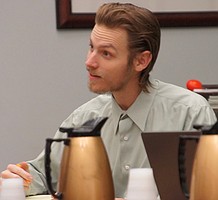 You confirm what I thought. The victim testified and the defense realized that it was a lost cause and punted. Hence the request for a mental competency exam. But I do wonder about Bowman and his motivation to accept the motion. Just what is he up to?

It’s as simple as this. Judges don’t like being reversed by the appellate division. Better to declare a mistrial then be reversed on appeal for a reason of mental competency.

I suppose you are right. But there have been things done by Bowman over the years that make me uneasy.