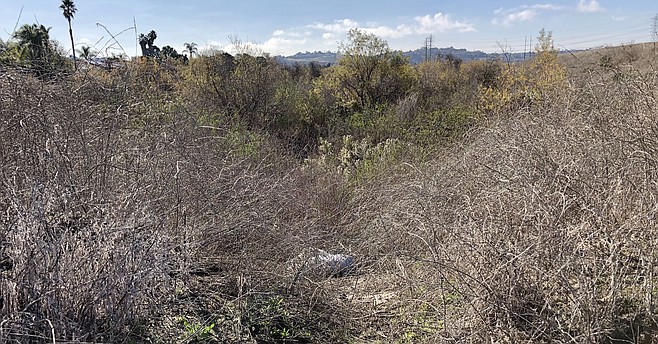 Treated everyone to breakfast at Oceanside Denny's

What would you do with stolen credit card?

The registered owner of the red Nissan 2016 Rogue was part of a group who woke up last June 9. He was staying in a vacation home the group had rented in the 800 block of South Pacific Street in Oceanside. He told police his Nissan was missing.

The burglary victims said they were missing computers and phones and two key fobs for two cars. The value of items missing from inside the rental was estimated at $4,600.

The key fob for the stolen Nissan was thrown into the bushes.

The owner of the Nissan reported his credit card was missing, and that there were transactions charged on that card not made by him. Those included $49 at the Denny’s restaurant on Harbor Drive in Oceanside, plus a transaction at a San Diego County jail.

Oceanside police went to the nearby San Luis Rey riverbed and woke a homeless woman who had a known record of theft convictions. She told cops that she had been woken up the morning of June 9 by two men, one of whom was Miguel Rodriguez. She said they told her they had two cars they wanted to sell, a white BMW and a burgundy Nissan. They had computers, a cell phone, tablets, and a credit card, she told police.

The men told her they had been informed by a female friend that she had found a house in the 800 block of South Pacific Street with an open door, an easy opportunity for burglary. Rodriguez said he was aware there were people inside the luxury beachside rental, because he could hear noises while he was inside, the woman told cops.

The woman who lived in the riverbed said she placed an order for breakfast from the nearby Denny’s for herself and her friends with the stolen credit card, after Rodriguez volunteered to go pick up the food and bring it back. The woman used the card to “put money on the books” of a mutual friend named Roderick, at the George Bailey Detention Facility. The key fob for the stolen Nissan was thrown into the bushes after they were all finished with that car, she said.

A female police officer said the license plate reader on her police cruiser found the stolen Nissan parked in an area near El Camino Real and Highway 76; she said the location was “a couple hundred yards away” from the San Luis Rey riverbed.

The resume and court paperwork of Miguel Jose Rodriguez, 31, were found inside the stolen car, according to Oceanside police who testified on January 8.

I have no idea what I'd do with a stolen credit card, but I certainly wouldn't use it.

You would if you stole it.