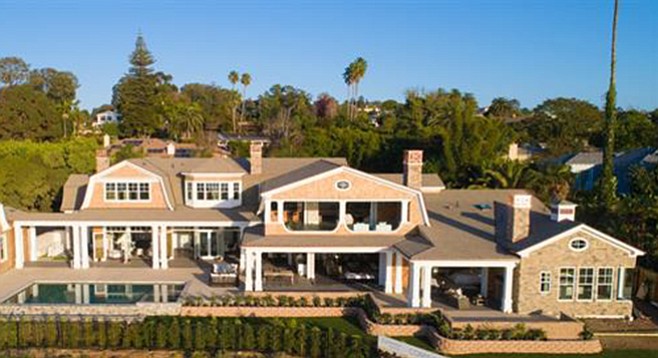 "Guests will be marveled"

You’ll find the newly constructed estate home at 921 Muirlands Drive in La Jolla “beautifully perched atop one of La Jolla’s preeminent view streets” and less than a mile from the coast. 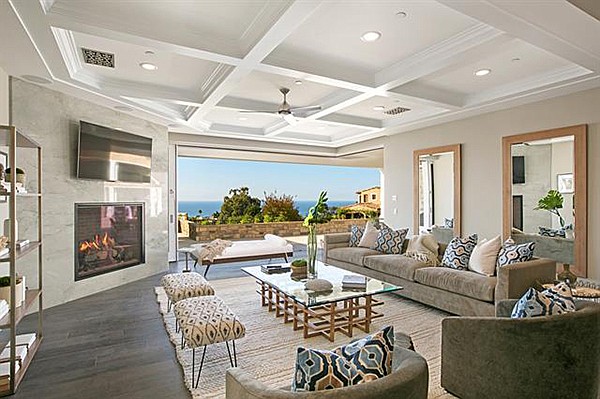 The 8612-square-foot “Hamptons style residence is both timeless and state of the art,” including six bedrooms and eight baths. The “fully incorporated smart home system offers effortless living,” while “multiple vanishing pocket doors” offer access to another 2500 square feet of covered outdoor patios and entertainment spaces to “facilitate an ideal indoor/outdoor lifestyle.” 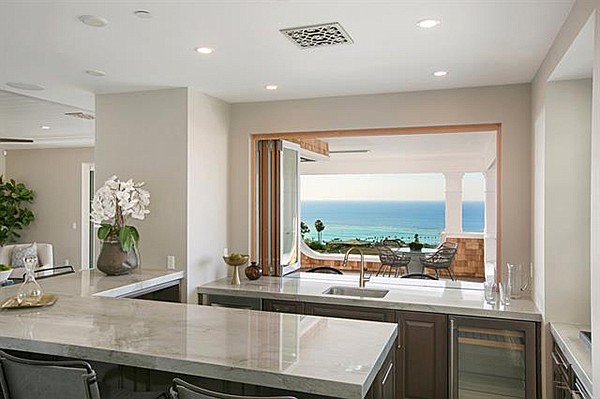 The kitchen is "chef grade"

“Entertainers will appreciate a chef grade kitchen with elaborate butlers pantry offering the best of both worlds,” along with a temperature-controlled wine cellar with glass doors that “allows the display of your private collection.”

The “flawless” ground-level master suite offers sit-down ocean views along with both his-and-hers closets and bathrooms that are “thoughtfully incorporated around a spa-like steam shower and ocean-view tub with warming drawers for towels.

Other amenities include a game room, “director’s theater,” and bar that opens both to the interior and outside patio. In addition to a detached guest house, there are maid’s quarters “located adjacent to the laundry and kitchen with a private garage.” 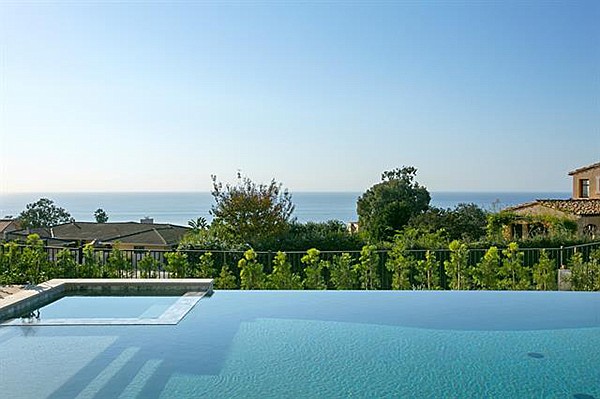 In the backyard, “guests will be marveled by the outdoor drop-down projection screen to be enjoyed while floating in the ocean view pool” with vanishing edge. There’s also an outdoor kitchen area, large grassy lawn, and three more garage spaces set on the lot composing two-thirds of an acre. 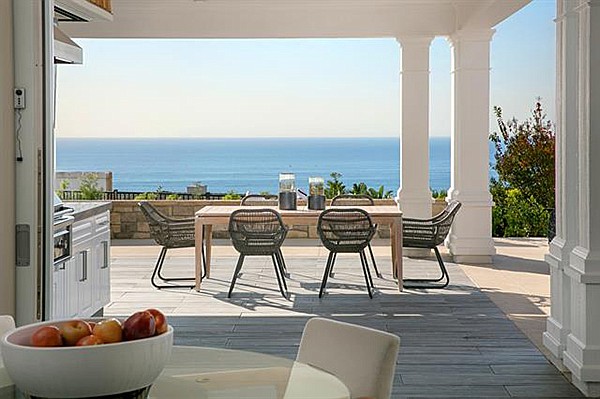 Tax records indicate current ownership of the Muirlands estate lies with Zephyr Partners, an Encinitas-based design-and-construction firm that in 2016 was “named #1429 on the ‘List of America’s Fastest-Growing Companies.’” Zephyr’s chairman, Dane Chapin, was a significant donor to an “independent expenditure committee” that backed failed mayoral bids by Nathan Fletcher earlier in the decade.

The property carries a current assessed value of just over $3.1 million and attendant $36,460 annual property tax bill, less than a reported $3.2 million sale price when the development firm purchased the property from Oceanside-based physician Stephen Karas. At that time the parcel included a considerably smaller 3700-square-foot ranch home built in 1948 that spent time on the market in 2012, though it failed to attract a buyer with its $4.2 million asking price.

The new home hit the market for the first time in early January, carrying an asking price of $10,995,000 that remains unchanged to date — a buyer’s agent fortunate enough to land a client willing to pay full list will enjoy cashing a commission check just south of $275,000.