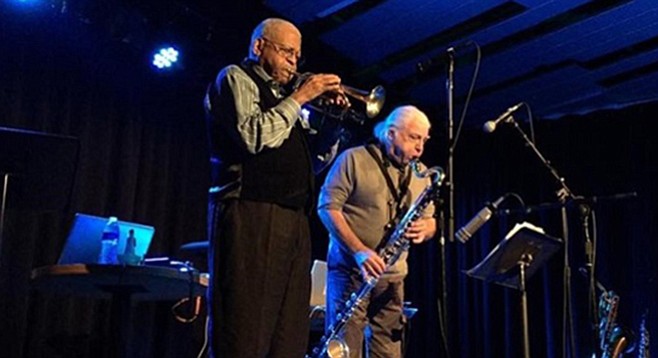 "There has always been a core group of students booking shows."

“This is fun for me,” says Albert Agbayani, the new program and events manager at UC San Diego’s Loft venue. “Because I’ve kind of come full circle. When I was a student at UCLA in the ’90s I was booking shows by the Roots and Pharcyde, and now I get to advise students on how to pursue a career in concert promotion.”

Agbayani went from UCLA to House of Blues, but a grad-school opportunity for his wife took the couple to Yale, where he continued on the event and concert-promotion track, ultimately moving back to San Diego in 2015 (he’s originally from Chula Vista).

“A job recruiter contacted me about the opening at the Loft,” says Agbayani. “I met with the director of university centers for an interview, and I started in mid-October. It took a while for me to really wrap my head around how to best use this space. I’ve booked a lot of hip-hop and reggae in the past. I don’t see the Loft as being competition for the Belly Up or the Music Box or the Casbah. All those venues have their own lane, our space is really unique.”

Even in the downtime between the departure of predecessor Brian Ross and his starting date, Agbayani says the student team hasn’t been idle.

“Last quarter, they presented Daniel Caesar, an act from Toronto, who has really blown up, popularity-wise, since. You know, there has always been a core group of students booking shows that are relevant to them. It’s really all about them.”

What are Agbayani’s plans for the venue?

“I think there’s an opening for a lot of world music, and some jazz, too. I’m not sure how the ‘powers-that-be’ will feel about that, but I’m excited about the future. We’ve got two shows booked already. On February 23, we’re bringing in Jeff Parker, the guitarist from the avant-rock group Tortoise showcasing a new band. Co-headlining that night will be a trio with [Ornette Coleman veteran] Bobby Bradford, Vinny Golia, and Mark Dresser. On March 10, we will be presenting a collaboration between the Cretan lute player Giorgos Xylouris and Jim White, who is the drummer for the Dirty Three.”

Anything else on the horizon? “I can’t comment yet, but I’m working hard on bringing in this Ethiopian funk trio and I’ve been reaching out to the UCSD community to let them know that the Loft is there for them.”