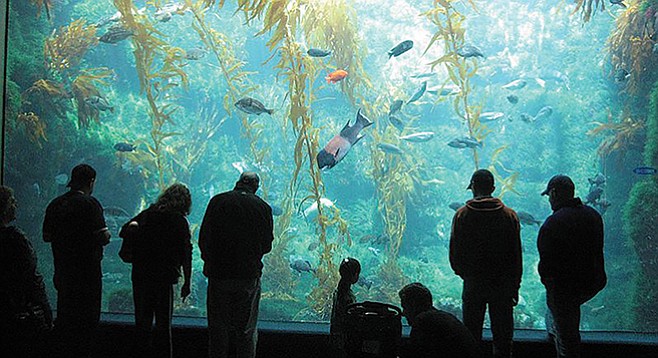 Saltwater: The highest-ever recorded water temperatures in southern California waters have brought with them the pelagic species that thrive in 75+ degree conditions; striped marlin, dorado, and skipjack and yellowfin tunas. The bluefin tuna bite is out there, but I have a feeling that a lot of those fish are moving north and outside as they prefer the 64 to 68 degree range. I haven’t heard of boats looking around Tanner or Cortez banks outside of San Clemente Island, but I’d bet on them being there.

Wherever those big bluefin tunas are roaming, the developing yellowfin bite that everyone has been waiting for seems about ready to pop wide open. With only 310 caught the week previous and over 1,200 this past week, I’m going to predict the count will go over 3,000 this week. Same thing with skipjack, though boats will sometimes leave a school of them to look for better table fare – so I’ll keep that prediction at over 1,500. After all, the catfood tunas went from 11 to over 500 in the counts over past two weeks, so it’s a safe bet.

Hot water and dorado are synonymous, so I am going to go ahead and make another prediction; that they will be caught within paddling distance of La Jolla launch. I would say by this weekend, but the expected four-foot swell late Saturday through Sunday is going to keep some of the kayakers in the bay.

That most of that energy will be out of the southwest, I’d say the launch should still be doable and with little wind offshore, the bump won’t be too off-putting for experienced kayakers. To me, when the water is this warm it smells like dorado.

As long as I’m in the mood to make predictions, I’m going to put in a call for wahoo within overnight range before the month is over. Typically, if they do come around, it’s later in the summer after a long influx of warmer water. Wahoo are fast and boast needle-sharp teeth that will cut through braid and mono with ease. The trick is a good hook-set or wire leaders, and if they are line-shy and you have to fish 30 or 40 pound test mono, the hooked-to-landed ratio goes way up in the wahoo’s favor.

The kelp beds continue to kick out quality calico bass in big numbers, though the kelp itself is taking a beating. Kelp forests along our coast continue south through the cool-water regions off the Baja coast and into Baja California Sur to around Bahia Magdelena. From there and south, the water is too warm for the broad-leafed kelp to survive, and Sargasso, with its cactus-needle resembling branches, takes over as the main aquatic growth. With water temps more akin to those of Todos Santos or Cabo San Lucas, it cannot be good for the kelp if it hangs in for an extended period.