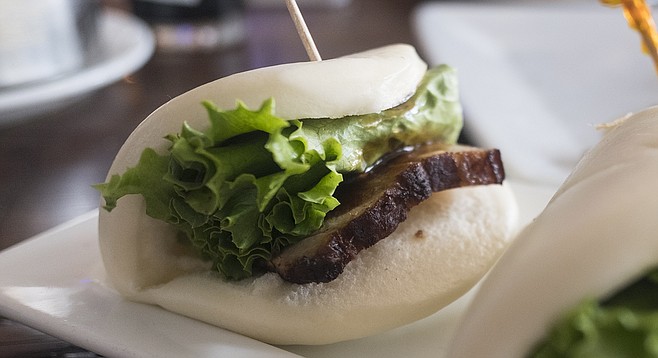 No ups or downs with Chinese tapas

As I've driven through Shelter Island in the past six months or so, I keep noticing the sign for Shanghai Bun, a new Chinese food place on Rosecrans. It's not the restaurant's name that catches my attention, rather how it describes itself: Chinese tapas bar.

I dig Spanish tapas bars, and it's not hard to make association; this is a drinking establishment that serves small plates, Chinese style. Like dim sum, but with booze. Or like Chinese antojitos. 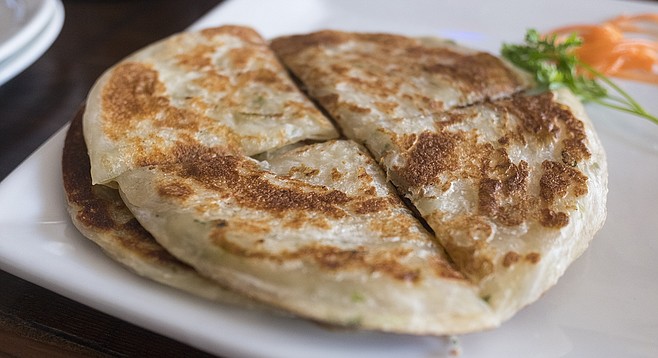 The Mexican food comparison works best at least one day per week. San Diego's rife with Taco Tuesday specials, and Shanghai Bun has applied the concept to its Tapas Tuesday special, which discounts its tapas 25 percent. 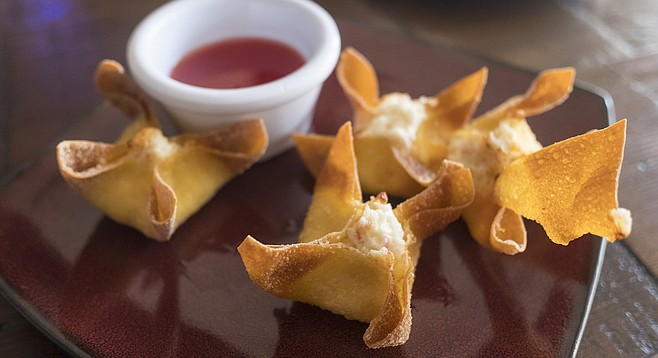 Officially, there's a taco on the menu. But while the so-called the bulgogi taco features jalapeno and cilantro, they're folded with Korean beef into a steamed bun, not a tortilla. The smoked pork belly slider isn't called a taco, though it's pretty much the same thing, but with pork, lettuce, and hoisin sauce. In other words, a pork belly bun, or gua bao. 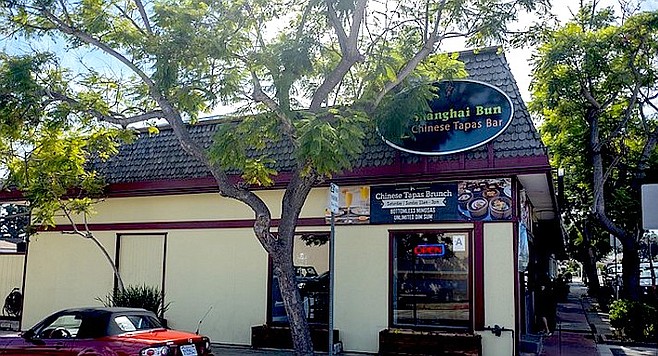 started with that, for about $6 before the discount. I went for perfectly savory scallion pancakes ($5); tasty fried wontons stuffed with cream cheese and crab ($5); and a glutinous sticky rice, wrapped in a lotus leaf with minced chicken ($4). Because I never say no to soup dumplings, I finished with a $5 order of pork xiao long bao. 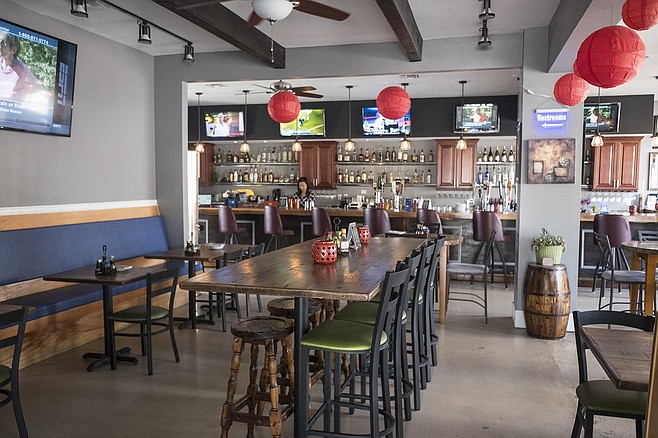 A comfortable place to eat Chinese food in Shelter Island

Everything tasted normal, no ups and downs. Nothing was terrible, everything was good, nothing was outstanding. Should you visit Shanghai Bun expecting home-style, made from scratch, traditional deep-cut Chinese dishes, you'll be disappointed. Go to Kearny Mesa for that. This is an suburban San Diego neighborhood built alongside multiple marinas; pre-made dumplings shipped in and steamed before serving sounds about right.

Everything tasted better knowing my $25 order would be reduced to $18.75. I splurged on a small bottle of mineral water to wash down my lunch. Which doesn't make me the ideal Shanghai Bun customer. Because this place is best enjoyed as it's intended: with booze. Park yourself at the bar with friends and enjoy a different small dish or two with each round, perhaps while watching sports. And on a Tuesday if you're frugal.