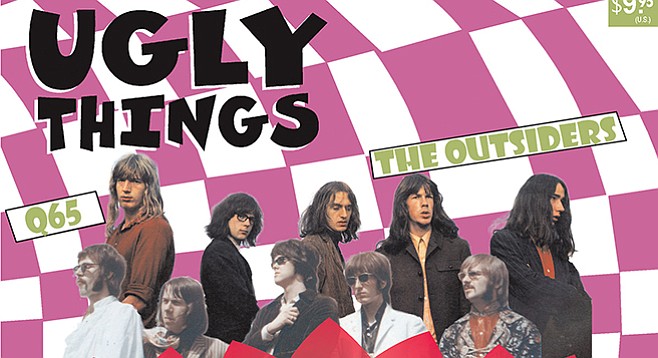 Digital is ephemeral, print is permanent

“The ’80s was a nadir: hair metal, New Romantic synth-pop, Foreigner, Hall & Oates, Men at Work — it was horrible,” says Mike Stax about the inspiration behind launching his ’60s music mag Ugly Things in 1983.

“I started the fanzine to share my passion for bands like the Pretty Things, the Seeds, the Music Machine, and Q65. To me those bands were offering something real, authentic, and unfiltered that I wasn’t hearing in any of the mainstream music of the time.”

Stax’s first issue 34 years ago was a mere 30 pages. His most recent, which came out in August, was 154 pages, but it wasn’t the mag’s greatest girth. “For a while they were as big as 224 pages — more like a book...or phone directory.”

Stax says putting out the biannual fanzine and fronting the Loons (which he founded) are two creative outlets that work hand-in-hand. “For example, we’ve collaborated musically with some of the bands I’ve covered in the magazine, such as Glenn Campbell of the Misunderstood, who played on a couple of our tracks and has joined us for live shows here and in England.” 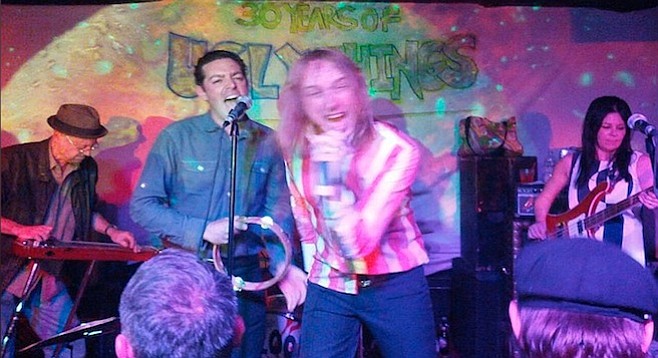 Despite Ugly Things’ legion of fans, it hasn’t been easy keeping the zine alive through the years. But Stax claims his readership appreciates the print format’s long shelf life. “Digital media is so ephemeral: it’s here for a short while and then gone in the click of a mouse or a swipe of your device. We are creating a permanent historical record that our readers can keep and read over and over again.”

With Ugly's 35th anniversary around the corner, Stax waxes nostalgic over some of its most memorable moments, such as the story of Craig Smith, a talented songwriter/musician who had a promising career ahead of him until he was sidelined by drugs, mental illness, and homelessness — but Stax says he is most looking forward to the future story he has yet to tell.

“At its heart, Ugly Things is still very much, and very proudly, a rock-and-roll fanzine. We’re driven by passion, not by commerce.... I know we could attract more lucrative advertisers if we changed our format and wrote puff pieces about the latest flavor-of-the-month bands. But that’s not what Ugly Things is about, and it never will be.”